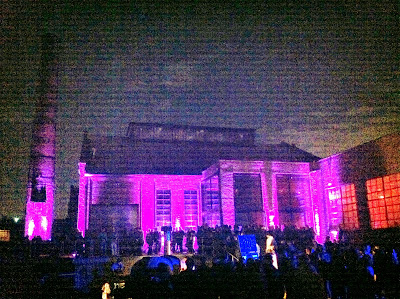 Ridgewood's been my home since 2000.  For years, people seemed sorry for me when they found out.  "Where's that?", they'd say.  Telling them it was a great neighborhood in Queens off the L was met with disinterested eyes and a forced smile.  Clearly, the spot I'd chosen to grow roots wasn't on the map for most.  Well, the last couple years have changed that.  Now, telling someone I live in the Wood usually elicits tales of friends of theirs moving there paired with an approving nod.  Quooklyn is finally getting a name and making some noise in a city that didn't know it existed five years ago.  Fittingly, on Thursday night in Maspeth, an easy going five minute bike ride from my Linden St. abode, I attended a celebration of actual noise sponsored by the Red Bull Music Academy.  As a child, I remember getting pleasure from singing along with my mother's vacuum.  It was fun to match its tone and then play with dissonance by shifting my singing a hair off key.  The vibrations it created intrigued me.  If, like me, you're stimulated by hearing people play with sound, this was the show for you. 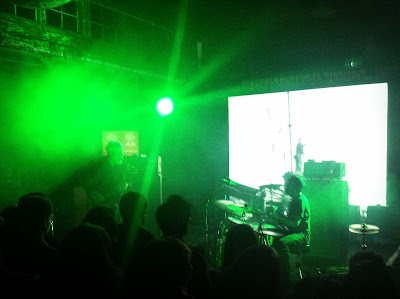 It took place at the Knockdown Center on Flushing Avenue, a massive industrial space that was once home to glass making and then door manufacturing.  Now, it's home to one guy who has owned it for years and clearly runs with some big thinking friends.  The skeletal remains of this impressive brick behemoth provided the perfect setting for a lineup of sound artists who specialize in making noise and drone not unlike the heavy machinery that once called the KC home. 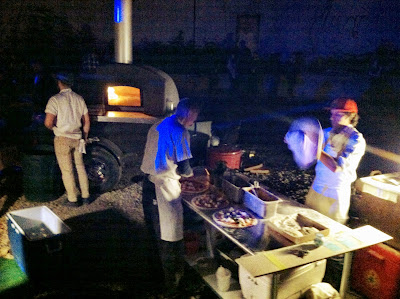 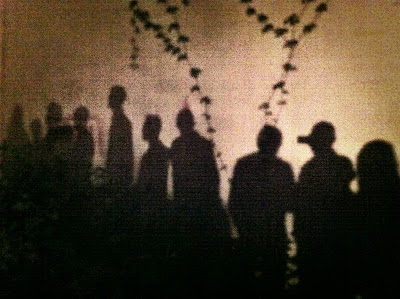 For a night of music on the fringe at a location on the fringe, I was surprised by how completely normal it seemed when I arrived.  Roberta's was out front with a pizza oven on wheels, their guys tossing dough and trying to keep up with the lengthy line of hungry attendees.  Colored spots lit up the outer walls of the building, heightening the drama of its architecture.  Folks outside shared grass, laughs, beer and pizza in the enormous 42, 000 square foot gravel lot between the street and the factory.  Shuttle buses emptied groups of people at the entrance.  The openness of it all was clearly a big hit with everyone.  Not often you have so much real estate at a show to chill and enjoy the night air.  I could have just hung out in front and had a winner of night. 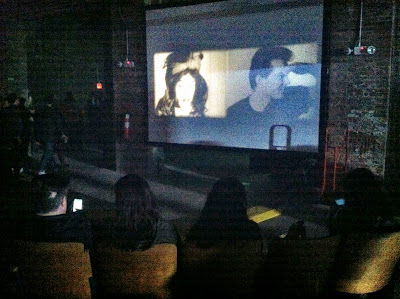 While outside felt like a social gathering or backyard party, the sounds pounding from within the walls of the KC provided a surreal soundtrack.  It sounded like machines with their gauges buried in the red were fixing to blow the roof off.  After burrowing plugs into my ear canals, I made my way inside.  The first thing that struck me was the size.  The center space had high ceilings, a bar, Warhol movies projected on the walls, and plenty of elbow room.  Off of the main space were 3 other large rooms with big crowds and performances taking place.  Each of the acts were punishingly loud.  The sounds from each space bled together to create an intense soundscape.  Erik was with me and passed on using ear plugs.  I'm guessing he spent a good portion of today asking people to repeat themselves.  I've seen a lot of shows this year.  This was by far the loudest. 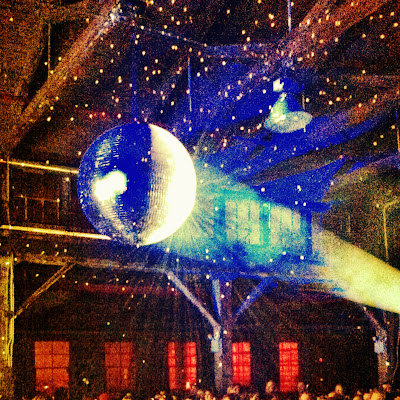 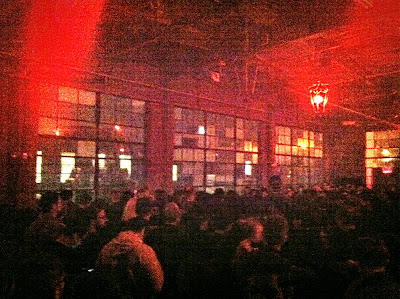 Of the acts we heard, there were three that stood out.  Kid Millions, the drummer from Oneida, joined tenor saxophonist Jim Sauter of Borbetomagus for a great set.  Kid Millions hammered out incredibly quick fills while Mr. Sauter squealed and wailed like a mad man.  Really got into what they were serving up.  Pharmakon, a noise goddess from the Rockaways, played a short but powerful trio of songs in the Red Room.  Her second selection was stellar.  Her screams, which she buried in the mix, worked well with her pounding drum loops and sludgy filtering.  Lastly, Kim Gordon and Bill Nace, brought their Head/Body project to life.   It peaked with her standing on an amp and shaping feedback while Bill thrashed and shredded on his guitar. 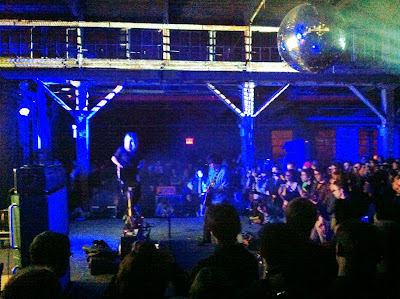 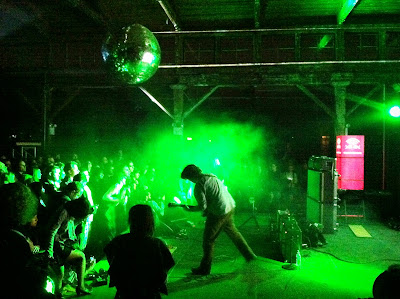 When we left KC, the noise from within was still reverberating into the night air and over the Maspeth rooftops.  I hopped on my bike and was home resting my ears in the shake of a lamb's tail.  Erik?  He had to drive back to DUMBO.  Poor guy;) 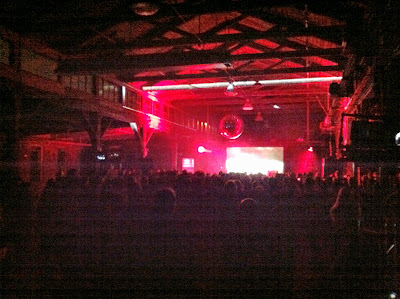 For much better photos (getting a camera soon!) and additional insight, check out the links below: