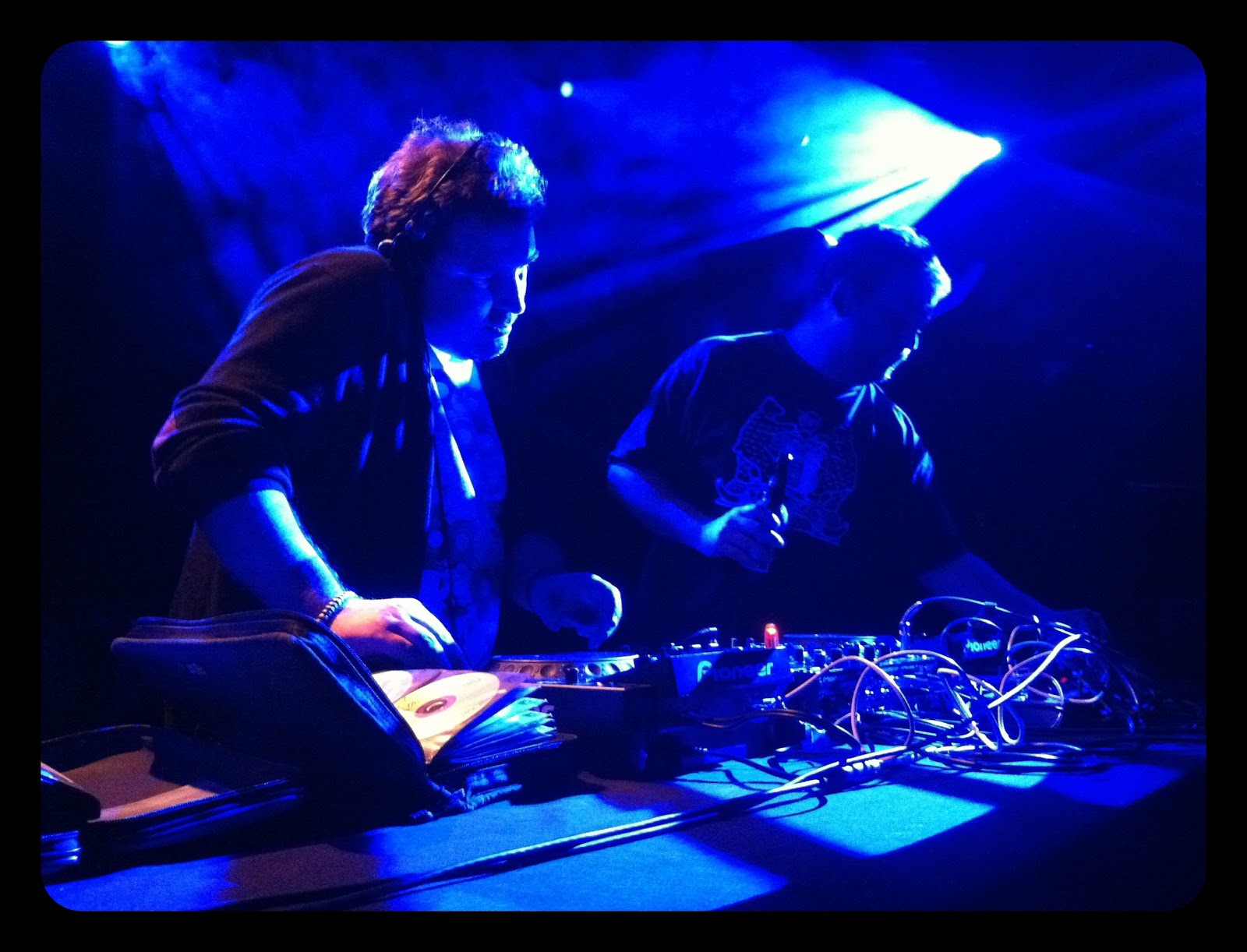 The 2 Bears are Joe Goddard and Raf Rundell.  They are an electronic duo from the UK who craft songs that make you want to move.  They incorporate a variety of styles, but most of it is rooted in house music. At home they host a radio show on Ministry of Sound Radio, DJ at a slew of London clubs and provide remixes for artists like Santigold.  Joe is also a member of Hot Chip.  These two got the place jumping on Monday night with a strong set that had everyone, including yours truly, shaking their rumps and snapping their necks. 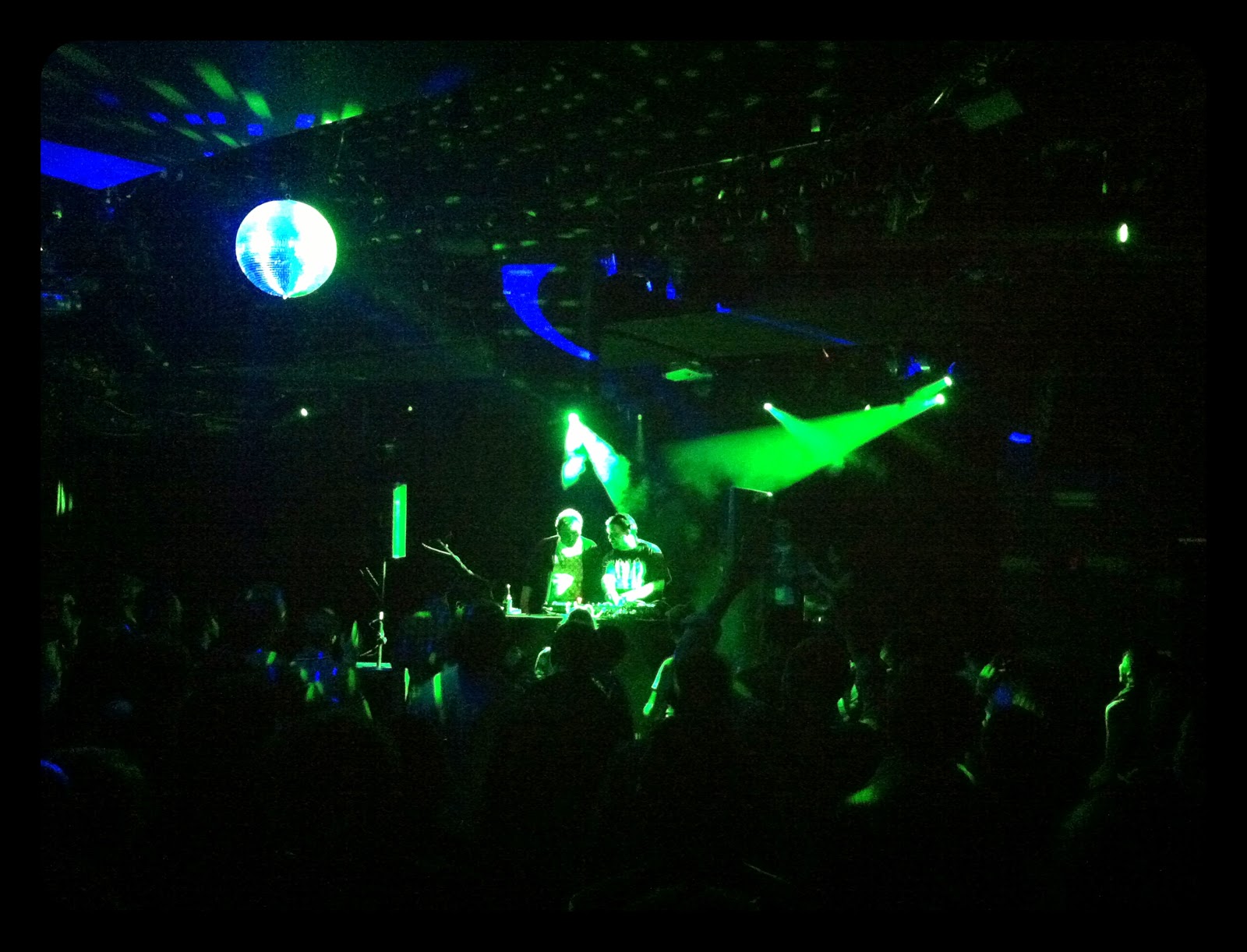 Years ago, in what seems like a past life, I rocked my dancing shoes on a nightly basis.  Back in the mid 90s, I lived in a giant filthy warehouse in Ybor City and threw all night parties for a living with a group of like minded lunatics.  Clubs and parties were literally an everyday lifestyle for me.  The friends who were with me for the ride could tell you, we had a criminal amount of good times.  Back then, I would cut it up til the sun rose.  Now, I rarely do more than goof around at home to make my wife laugh.  Well, The 2 Bears brought back a bit of the old Cam Man. 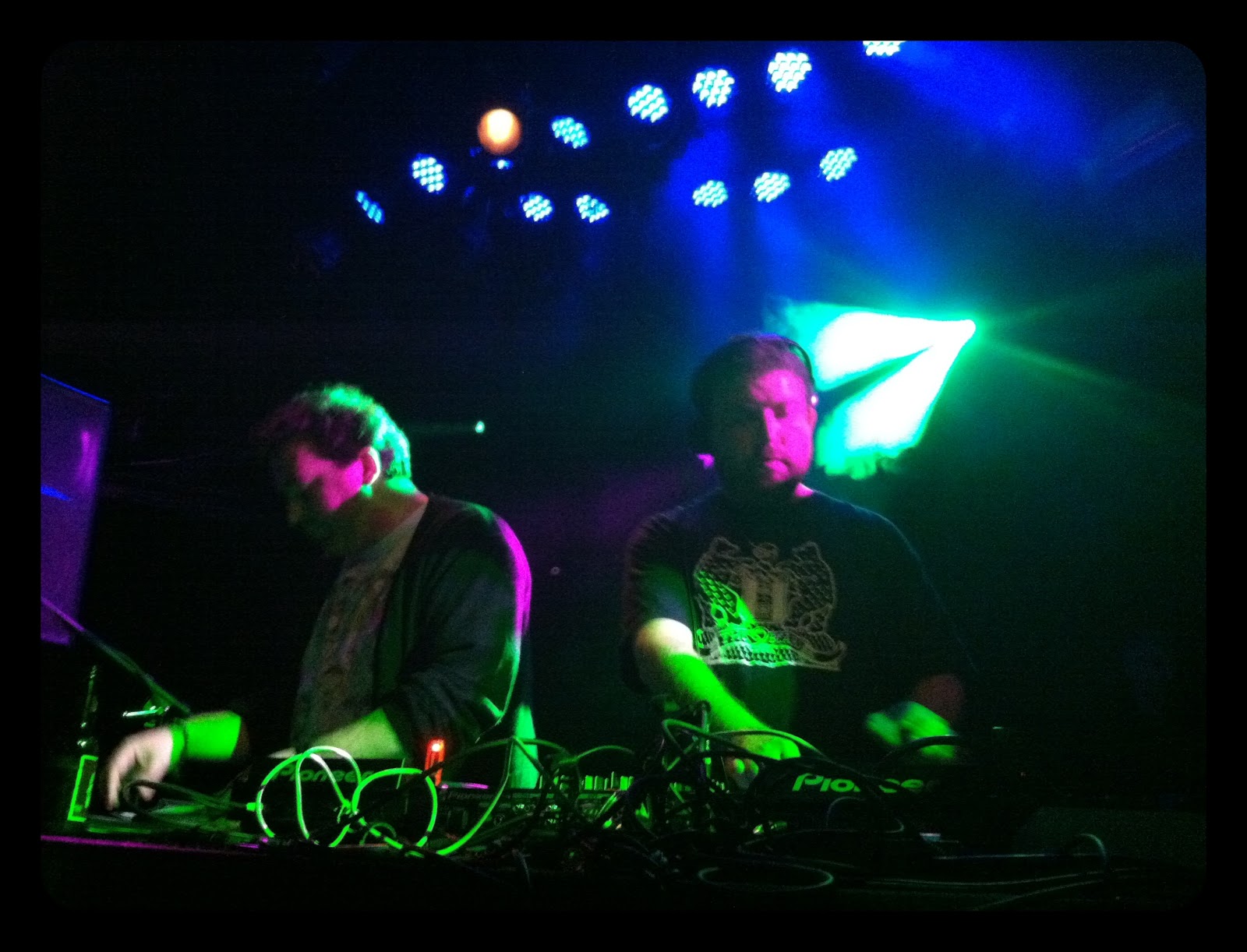 The longer they worked the knobs & pads, the deeper and heavier the beats got.  The thump of the kick drum loosened the spines of the crowd and by about 15 minutes in, no one in the place was standing still.  I mean, folks were going for it.  There was a dude near me with a wife beater on starting the lawnmower.  Two beautiful dark skinned ladies were toasting to something and bumping hips.  A girl up front was spinning around like a hippie at a Phish show.  There was even the guy with the baseball cap twirling his arms while he gyrated.  All he needed was a pair of glow sticks.  And then there was me.  Bearded like the 3rd bear and busting out moves I forgot I had.  My big regret is that I hadn't gotten anyone to join me for the show, especially Jenny, who loves to dance.  Had I known how fun they'd be, I would have rounded up a crew.  Old enough to not give a shit, I just went for it.  By the time I walked out I was smiling ear to ear and forgot it was a Monday.  The 2 Bears turned out to be just right.