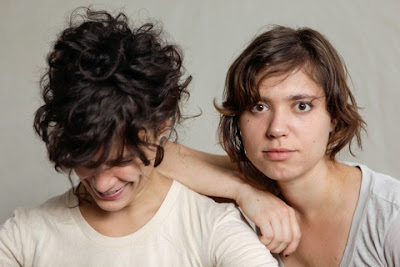 My buddy Erik and I are certified super fans of a Brooklyn duo named Talk Normal.  Sarah Register & Andrya Ambro are two strong women who make no nonsense music that is primitive and loud.  We've seen them a slew of times and they always deliver.  Personally, I rarely listen to their recorded music.  Their intensity works best for me when I'm watching them perform, not piped into my ears through headphones.  For two people, they can make quite an exhilarating commotion. 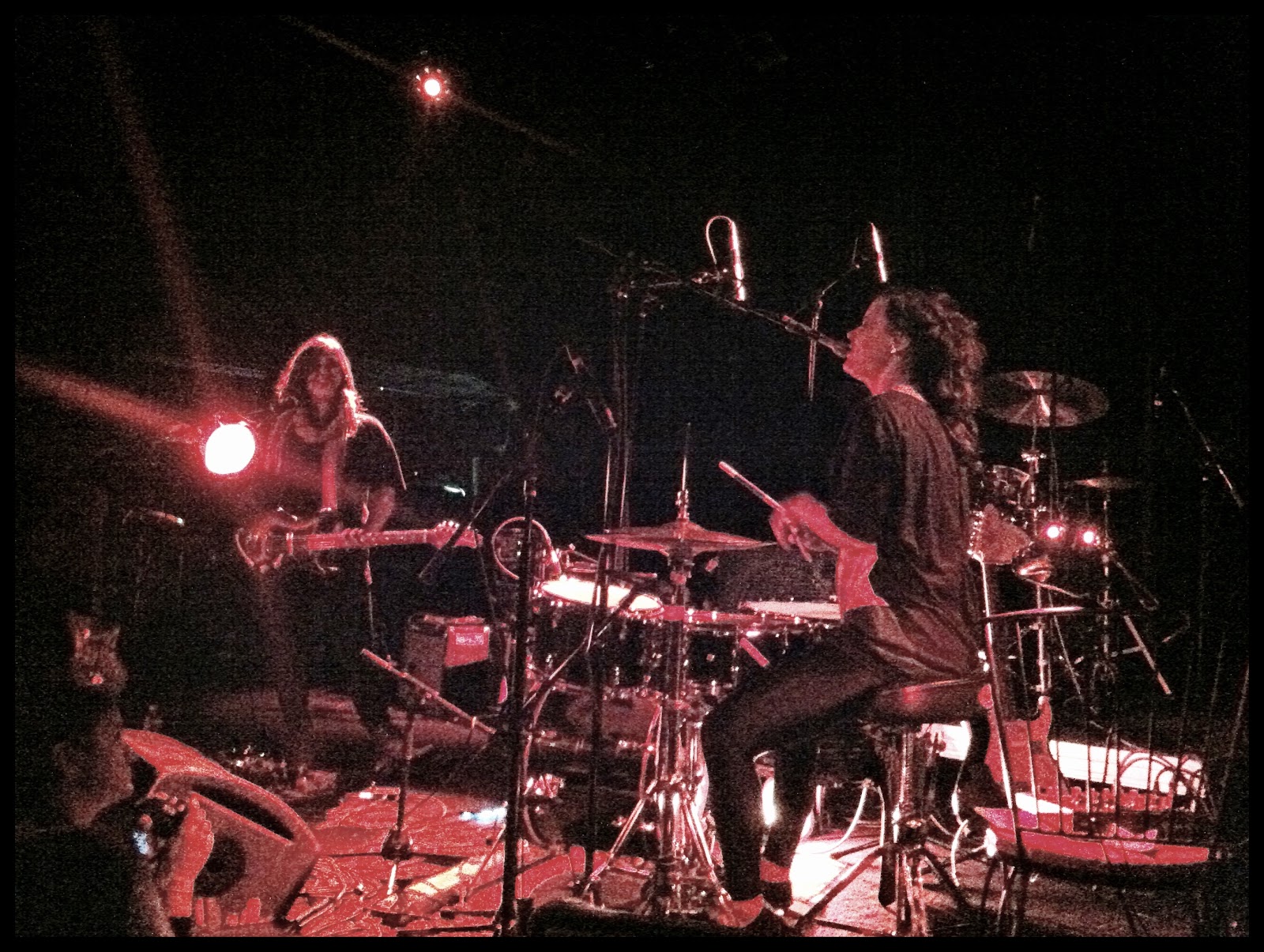 Andrya is a sweet person.  I've spoken to her before and if I didn't know her, I'd never guess she does what she does.  On the drums, she is nothing short of a powerhouse.  Some songs she sits.  Others she stands.  What is consistent is her ability to bash out beats with a primal ferocity that Thor would find impressive.  Her small kit takes a serious beating whenever they take the stage.  My favorite moments are when she gains speed like a runaway freight train and drops the jaws of those in attendance.  When I first saw them a while back, Erik had told me to be prepared.  However, until you see her get going, you have no idea.  She also takes the lead on most of the vocals.  Her singing is as primal as her drumming. 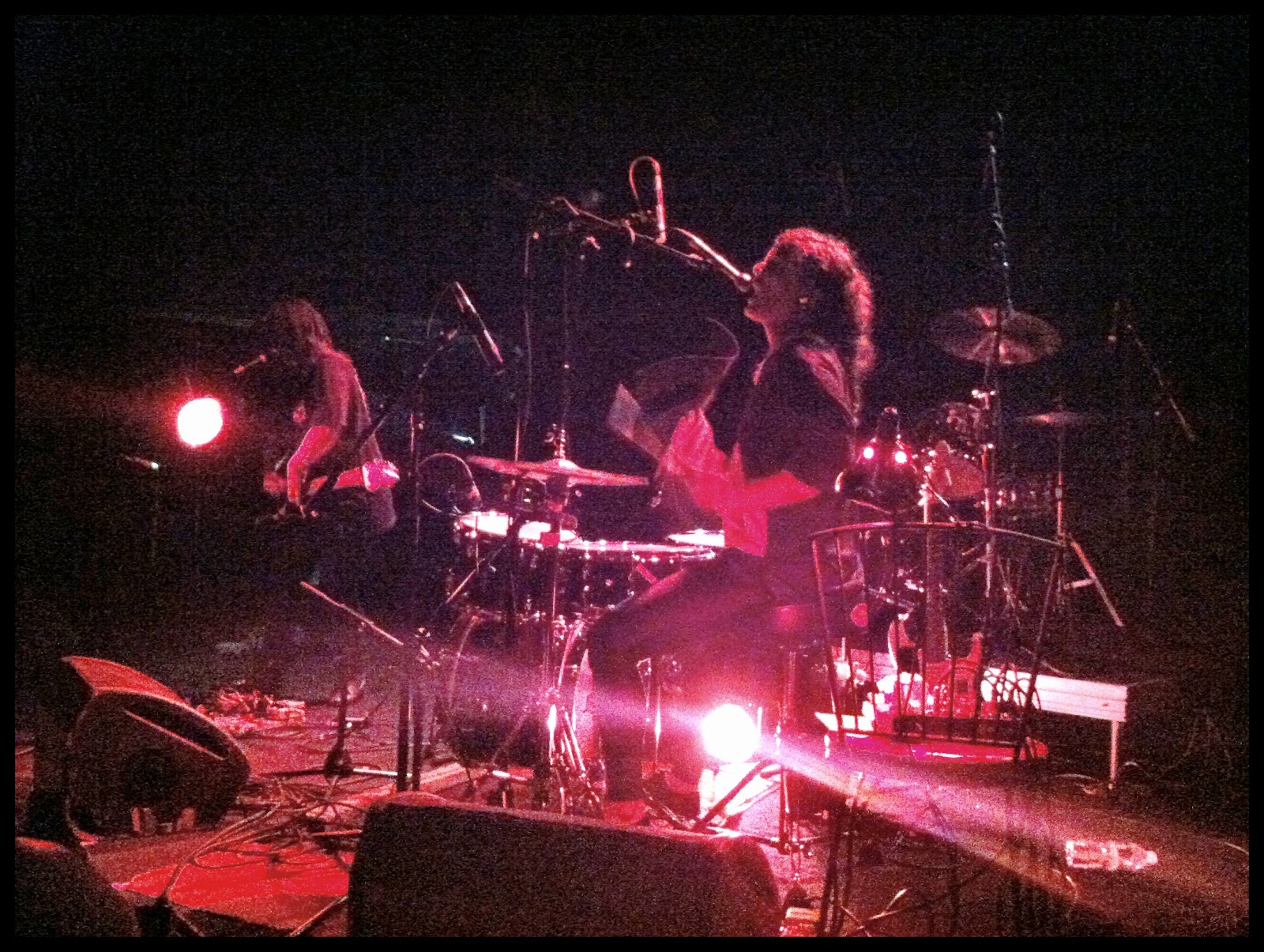 While Andrya pounds out the structure of the songs, Sarah paints with her guitar work, adding color and sonic textures that pair beautifully with Andrya.  Sarah also sings, her voice giving more meat to the vocals and making them sound like some sort of chanting sorceresses.  When these two met at NYU they felt an instant connection.  It's not surprising.  They were clearly made to make music together. 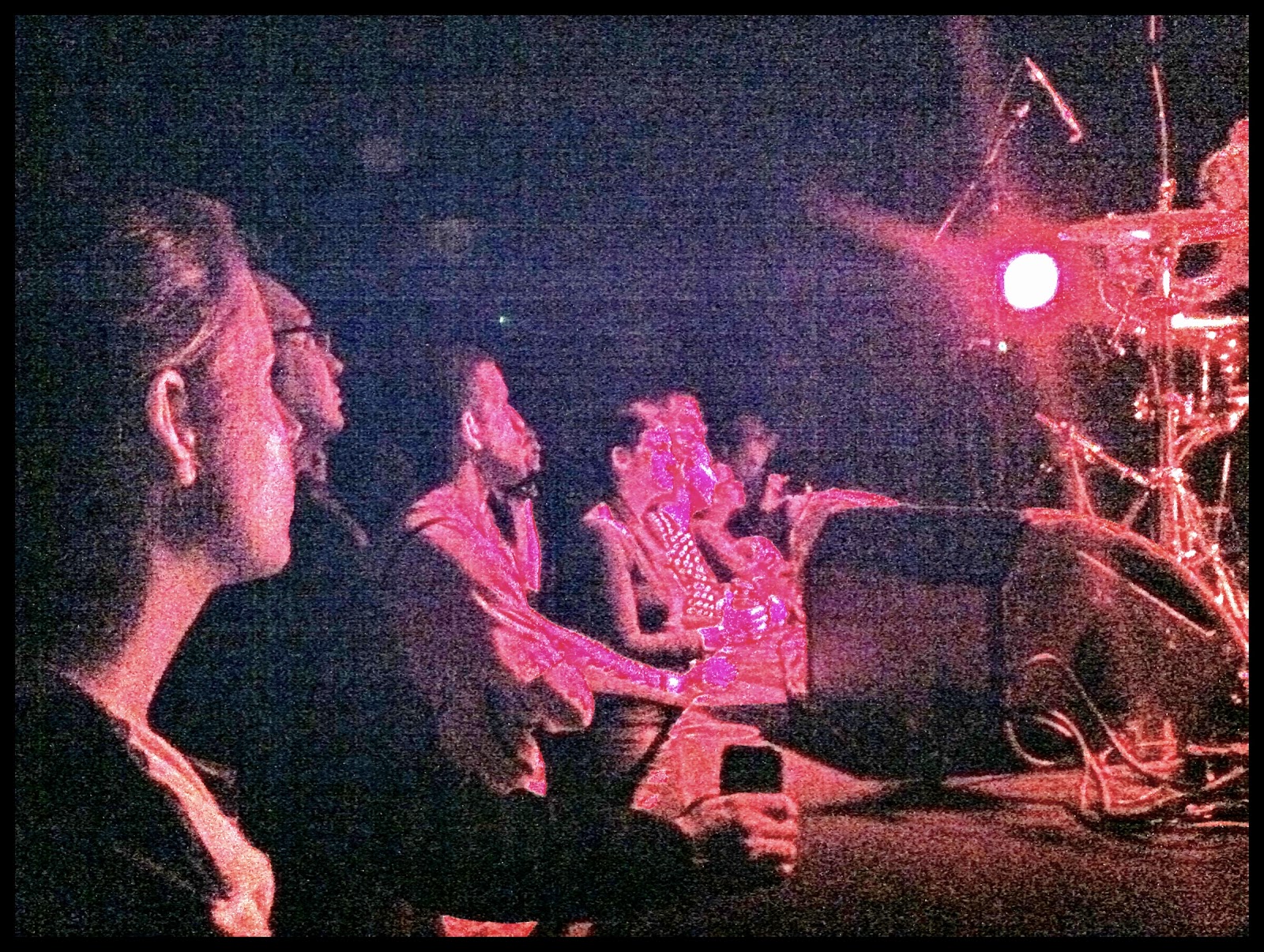 During the show they played a couple of new songs.  Both were highlights of their set that got the loudest applause of the night.  If they're an indication of what's to come, the future is only getting brighter for this powerful pair.  Can't wait to hear where they go next.