On An On @ Glasslands 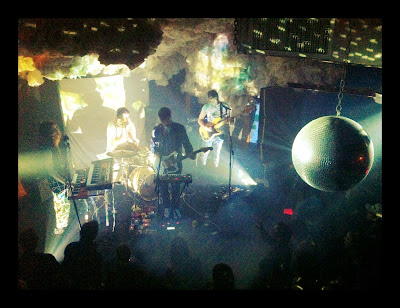 I had no business being out at a show on the night I saw On An On.  My nose was leaking snot, I was coughing up orange chunks, and my legs felt like I'd been bicycling uphill all day, when I'd actually called out of work and been in and out of sleep for over 24 hours.  I'd missed seeing Swans the night before because I wasn't able to get off the couch.  On An On's debut album, Give In, had been in my heavy rotation for weeks.  I wasn't going to take another loss, so my germs and I headed west on the L. 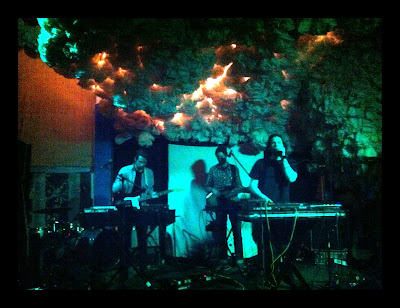 The first act on the bill was Young Heel.  Their set was alright.  Nothing excited me or made me forget that I should probably be home in bed.  Looking around as they played, I felt old and unattractive.  The crowd was super young and hip.  Sexy librarian hipster ladies flirted with handsome Buddy Holly wannabees while I leaned against a support beam with a handful of tissues feeling like Vincent Shiavelli backstage at New York Fashion Week.  Wasn't loving my decision to go out at this point. 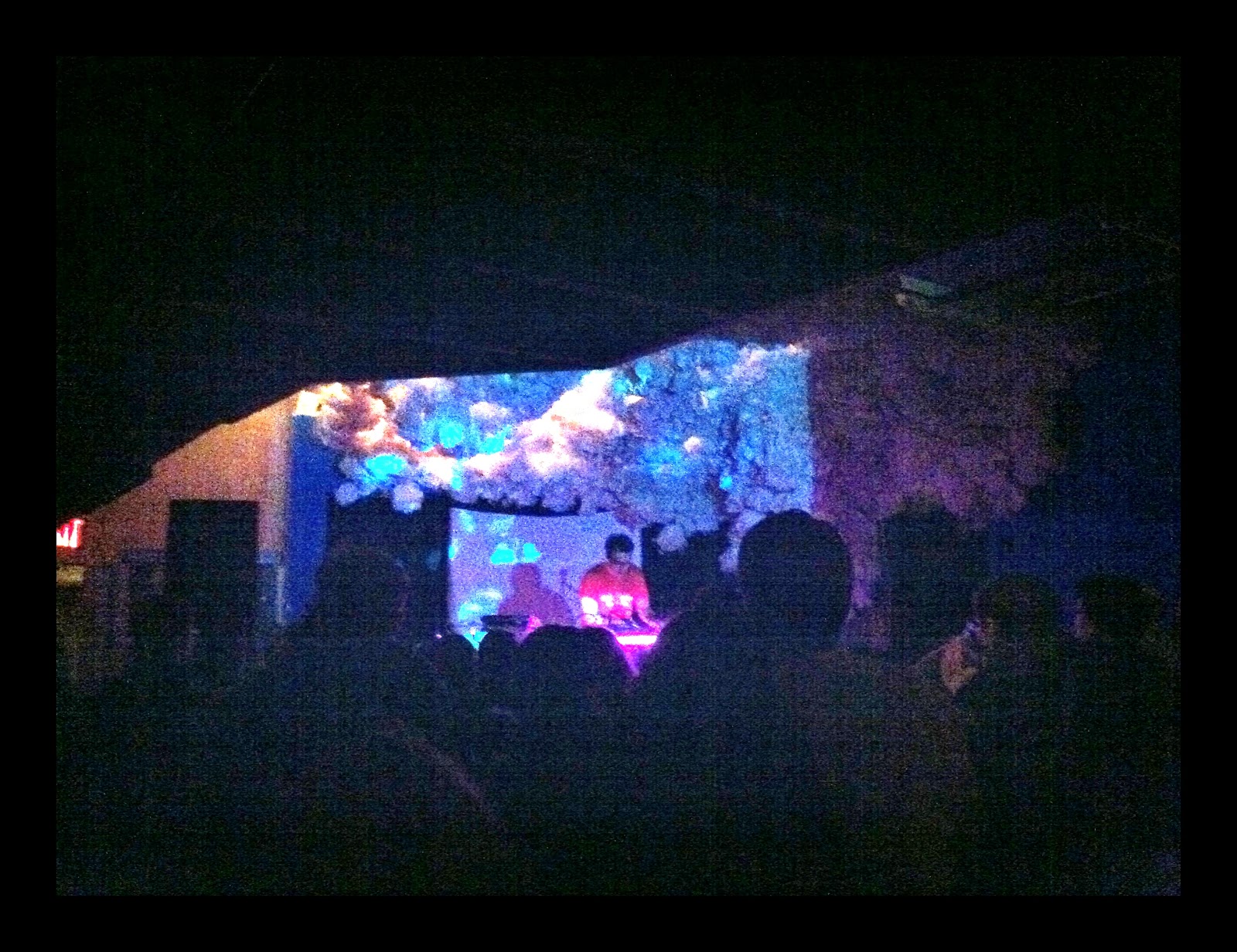 Next up was Tiny Victories.  The name fit how I felt while they were on.  Their set made me a little happier to be out.  For a duo, these guys created an impressively full sound.  Greg Walters, the vocalist, gave his all, but just couldn't compete with the size of their music.  I think these guys would greatly benefit from finding a dynamic vocalist to pair with their big beat electronic pop.  At one point Greg sampled 2 girls at the front of the stage, asking them to say something, then looping and filtering them and folding them into a song that got everyone dancing (I swayed a little).  Find a vocalist, fellas! 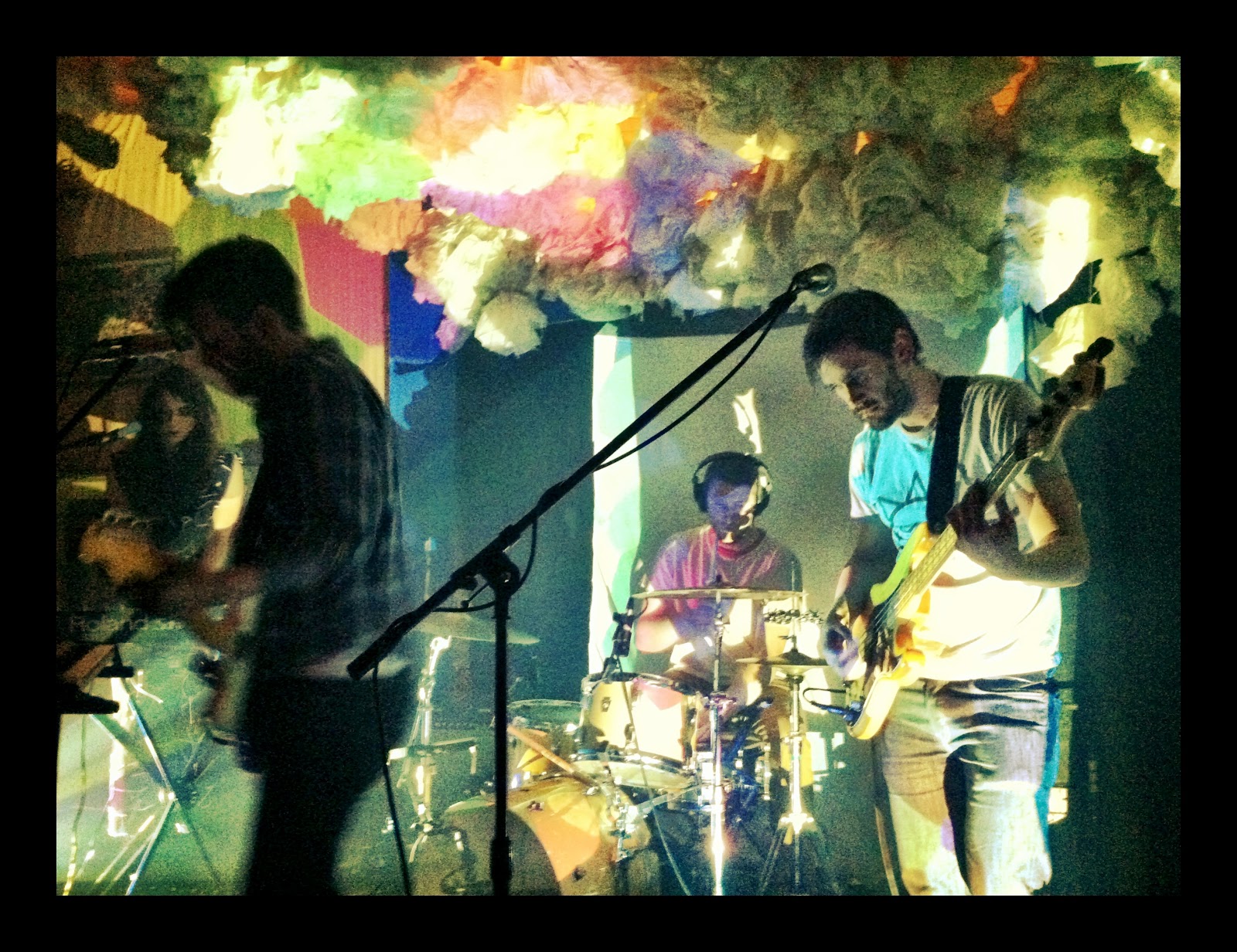 On An On is a brand new band.  Their debut album, Give In, was just released and it's an outstanding collection of indie electro rock masterfully produced by Dave Newfeld.  The album showcases the band's different capabilities, yet the tracks all work well together.  They build the synths and guitars to enormous crescendos on one song and then pour hushed falsetto harmonies over deep drum and bass on the next.  I was curious to see what they could conjure on Glasslands' tiny stage. 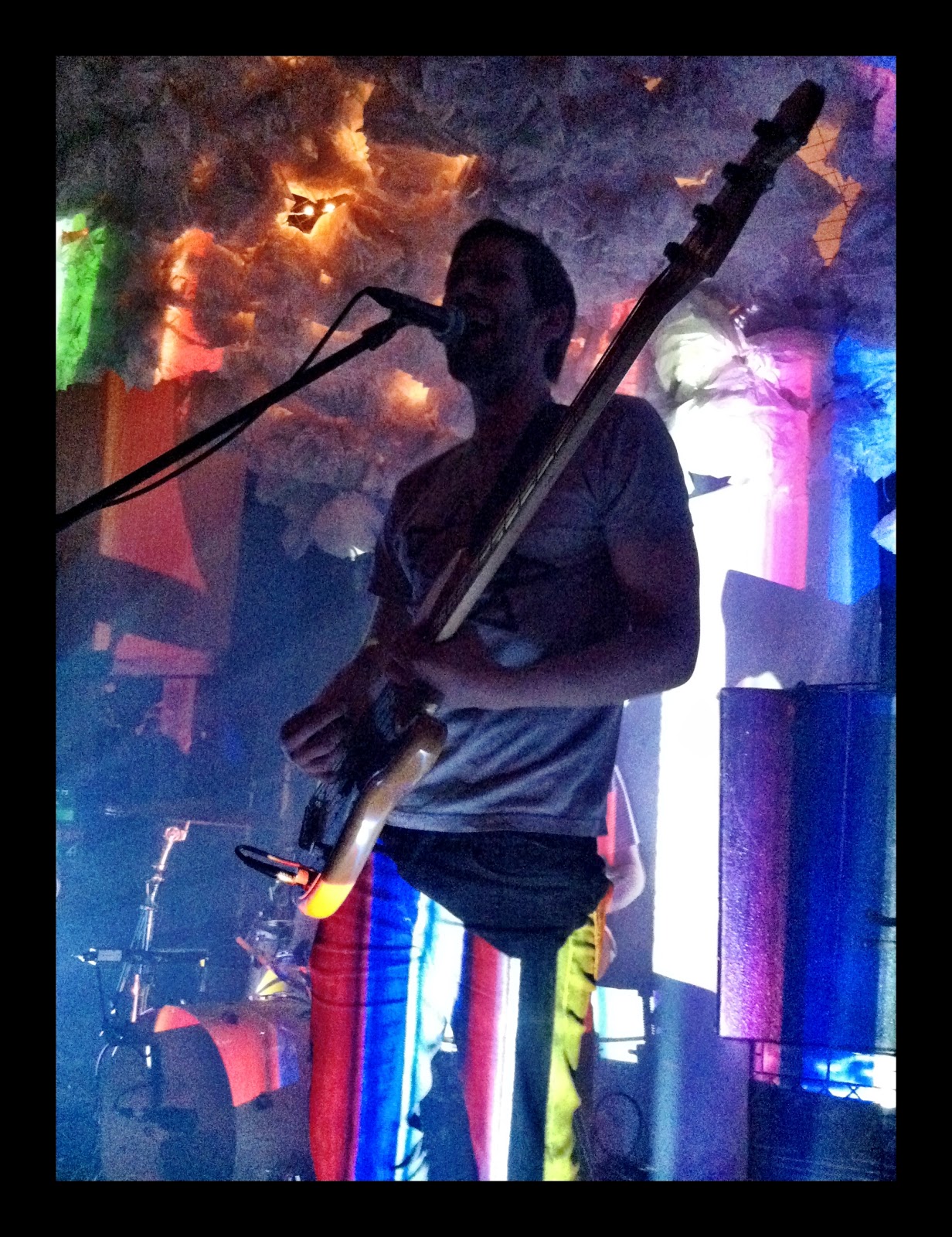 Over the years I've seen some great acts in small venues they never played again.  On An On at Glasslands will likely fall into that category.  Standing next to the stage, I forgot I was sick.  These guys (and girl) didn't just pull off what's on their album, they went beyond that.  It was obvious to anyone there that they were in a whole different league from the two opening acts.  Some bands just have that indescribable something.  On An On has it.  There is nothing ground breaking about what they're doing.  The ingredients are simple.  But simple dishes can be delicious. 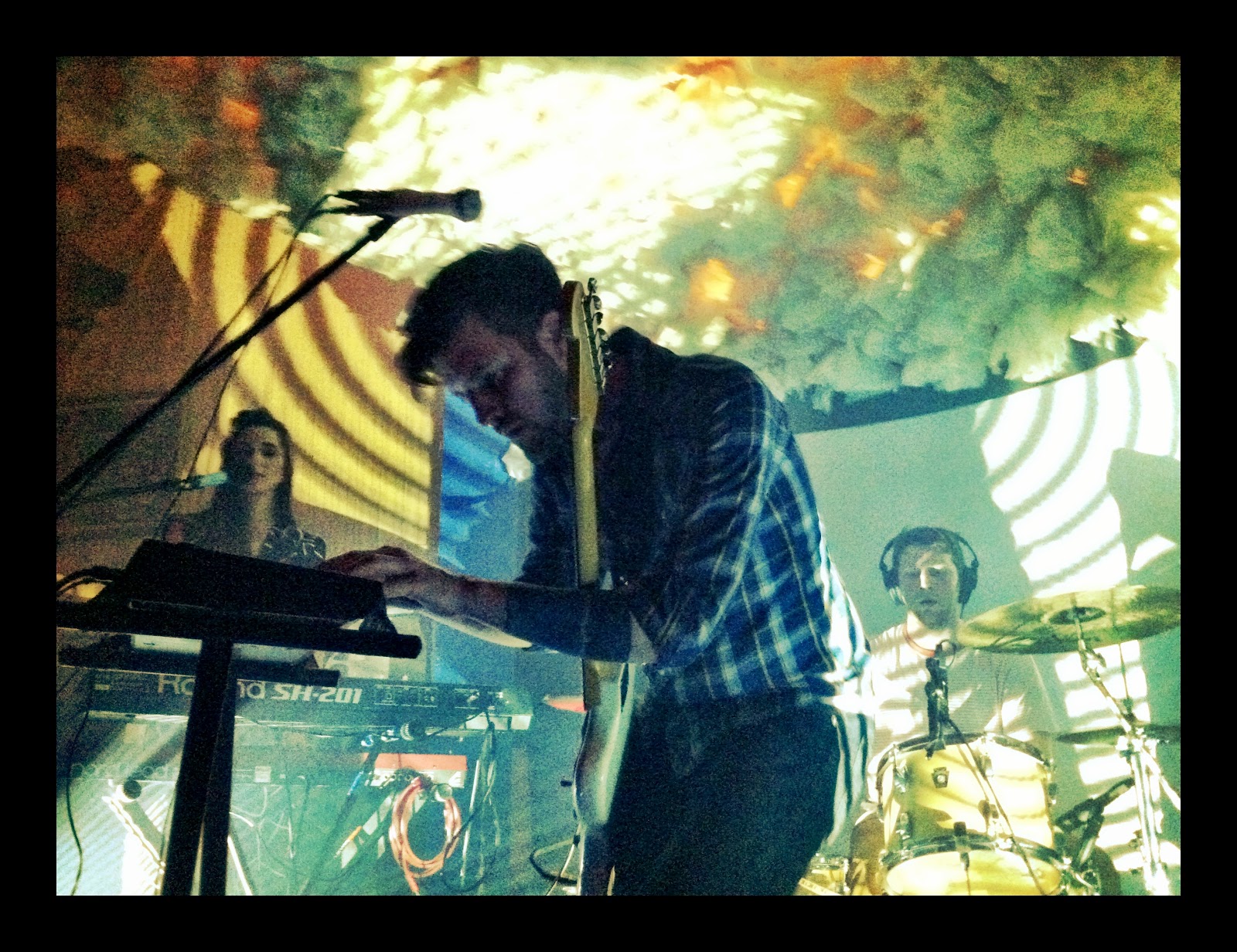 Over the course of their set, I met friends of the band, including one of their songwriters.  They bought me a beer and we cut a rug.  I also met a super friendly and obviously happy to be there writer for Baeblemusic.  It was comical to me to say I was "covering" the show when she asked, being that she was an actual journalist and I write reviews on my couch in boxer shorts. 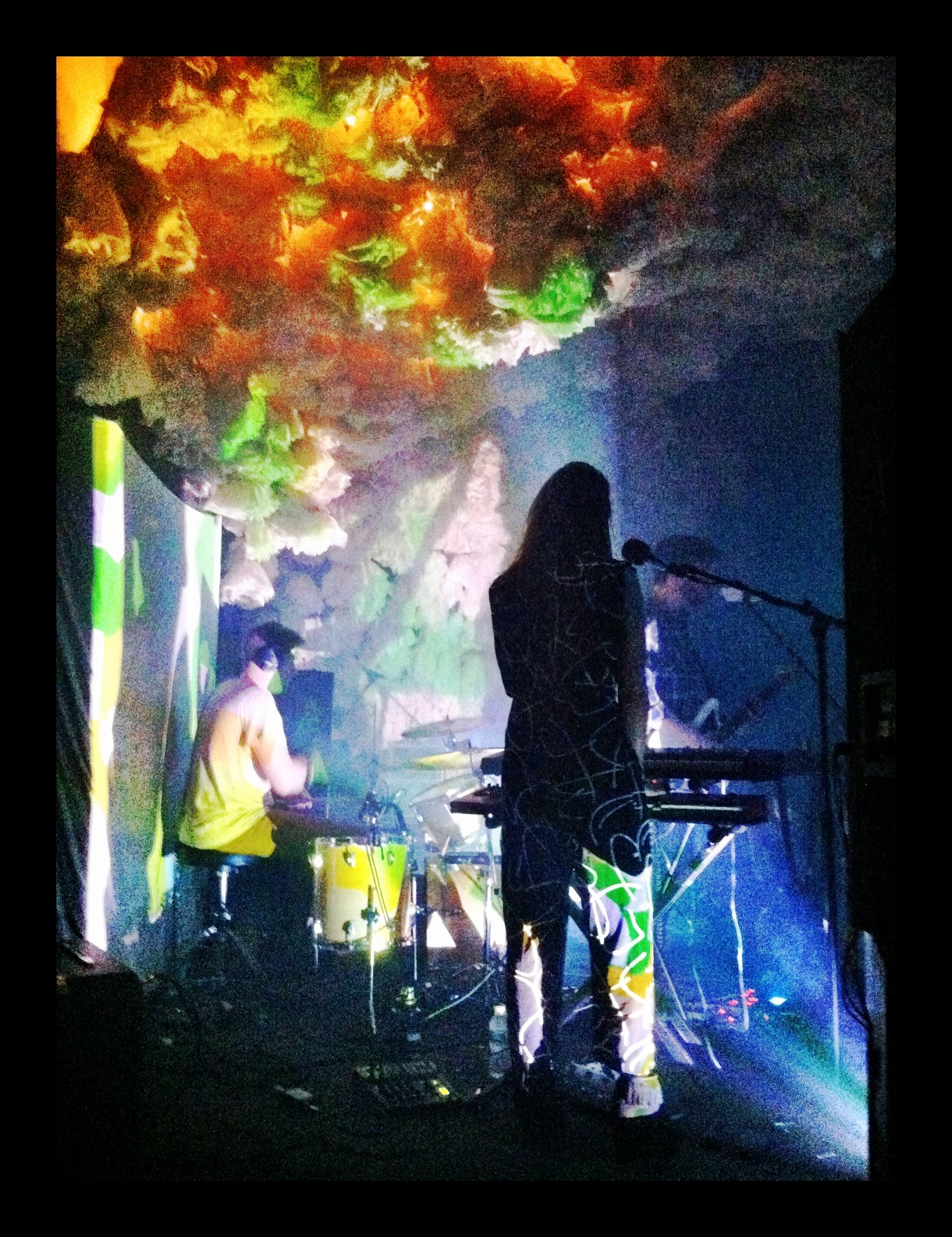 On An On was better than a trip to the doctor.  I went from sick with a scowl to sick with a smile.  They blew my mind while I blew my nose.  They even made me feel like I fit in with Brooklyn's young and beautiful, which is no easy task. 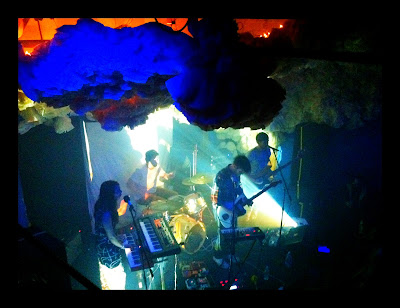 On An On has a bright future with much bigger crowds on the horizon.  Glasslands is a tiny venue.  Their sound is big enough to fill a festival stage.  I saw an elephant in a shoebox.

Check out their video for "The Hunter"

See more of the photos I took HERE.
Not too shabby for an outdated iPhone;)