You're an asshole Ty Segall.  A real shmuck.  I'm sorry.  I'm still bitter about the other night.  You are one of my favorite current artists.  You give me faith that rock and roll still has some balls.  Shit, I even work out to your stuff, when I get my husky ass to the gym.  The noise you hammer out makes moving at my maximum heart rate feel good.  So what the fuck happened on Friday night?
It said show starts at 7.  You had three opening acts listed.  I arrive at 9:25 to find you started at 9.  Then, you say good night before the clock strikes 10?!  10 o' clock?  After playing for less than an hour?  With a sell out, amped up crowd?  You've got some nerve pretending you are the real deal.  The guys you call your heroes would not be impressed.  Okay, maybe I'm going a bit overboard.  But damn! 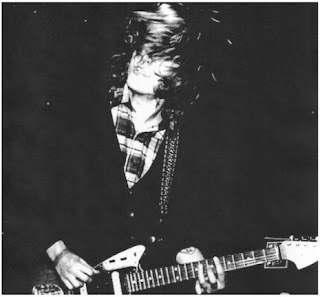 Ty Segall's show was a let down for me because of its brevity and early start, not the tenacity or quality of what I saw.  I was shocked when I arrived and he was on, but figured I still had plenty of show to see.  I grabbed a beer and snaked my way toward the front through the writhing mass.  The Hall was packed like a sardine can, so I didn't make it far.
There were people getting on stage and diving into the crowd while Ty and his band made some seriously beautiful noise.  A pair of well endowed ladies up in the dressing room to stage left were flashing the crowd and pressing their pumpkins into the glass.  There was a good sized mosh pit sloshing around near the front of the stage.  I saw a couple of inebriated people being led toward the back, unable to walk without assistance.  Some folks had climbed atop the speakers along the walls to dance.  The fog machine vapor was hanging thick in the air and mingling with clouds of silly smoke.  This was the sort of madness I had waited all week for.  Little did I know it would be over before I finished my 2nd beer. 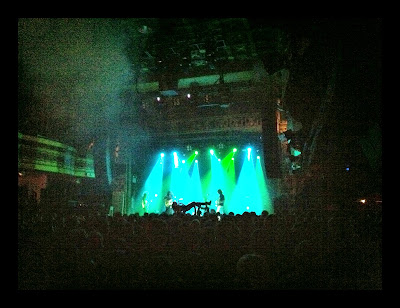 Ty Segall is a prolific, kick ass guitar player from San Fran who likes it loud and no nonsense.  The Stooges, Hawkwind, and The Troggs are three of my all time favorite rock bands.  His music blends them all into a heavy, fuzzed out stew of garage rock.  While most modern "rockers" are looking to get their song in an ad, Ty could care less.  For example, check out this television clip of him making as much obnoxious noise as possible on a Chicago morning show.  Clearly he's getting off on the absurdity of it.  I love picturing groggy Chicagoans having Ty interrupt their morning routine and saying "What the hell is this?!" 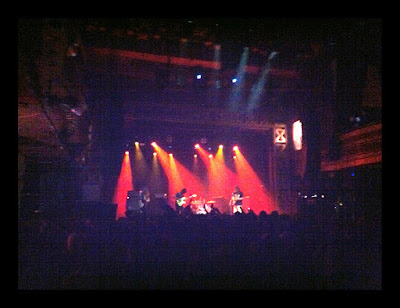 Mr. Segall has been churning out solo albums and albums with various San Fran bands for the past few years.  It's tough to keep up with his output.  I can't say I love everything I've heard from him, but he is evolving at an insane rate and his riffs are consistently tough.  The album that first really got my attention was Slaughterhouse.  It's a sludgy, psychedelic blitz of power chords.  It led me to dig deeper and I like most of what I've heard. 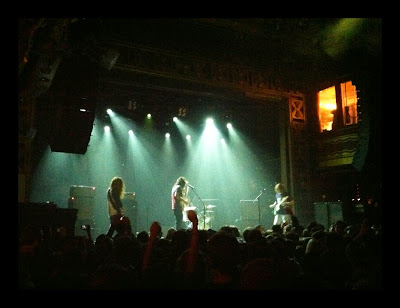 Anyway, back to the show.  So I'm bopping and banging my head, soaked with my own perspiration as well as the people pressed against me.  It's the fourth song I've seen them play and things are really cooking.  They finish the song and Ty says, "Okay, this is gonna be our last song.  Thanks a lot for coming."  I'm like, "What?"  They played a blistering version of "Tell Me What's Inside Your Heart".  I made my way to the back to meet a friend who was just arriving and pissed at having missed so much.  We linked up at the bar, grabbing a couple beers and expecting an encore.  The song wound down and ended.  "Good night!"  Off the stage went Ty and his band.  Up came the lights and on came the DJ.  Time?  9:55.
I'm sure I'll hit another Ty show sometime in the near future.  What I saw and heard was legit.  But next time, I'll show up early and make plans for something to do after:(