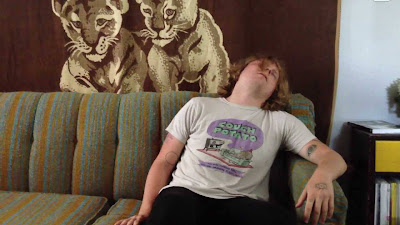 Prolific.  That's what every piece ever written about Ty Segall calls him.  It makes sense.  The label fits.  This young Californian drops albums like most artists drop singles.  What I find so refreshing is what drives him.  He is humbled by the success he's achieved and says he loves waking up every day and creating music.  Refreshing attitude for a rising star in his mid 20s.  It's all about the music.  Maybe the fact he's a lifelong surfer has influenced his way of doing things.  Each album he releases he rides in like a tasty wave.  But once he's ridden a bit, he bails and swims back out, ready to take on another one. 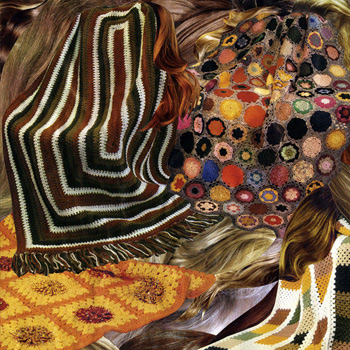 Ty is currently on tour promoting his latest offering, "Sleeper".  As opposed to the plugged in, fuzzed out garage rock he's developed a reputation for, the new record is almost acoustic.  The raw, analog sound combined with his knack for songwriting and catchy melodies adds up to a timeless record.  If I played it for you and told you it was an obscure folk rocker from England in the late 60s, you'd believe me.  But like all of Ty's catalog, it's not just a copy of a certain sound, it's the creation of something that sounds familiar while being original. 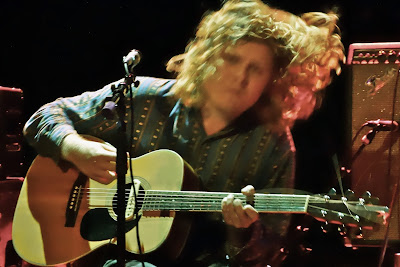 Arriving at the Music Hall, I made my way to the merch table.  Who should be there but Ty himself.  I always appreciate an artist who doesn't see themselves as above their fans.  He seemed real easy going, chatting with folks and thanking those who voiced their love for his music.  Fast forward a bit and Ty strolled on the stage with his band to the loud approval of the sell out crowd. 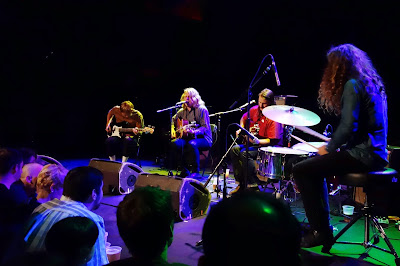 For a solid hour and a half, Ty and his three band mates worked through most of "Sleeper", as well as a bunch of gems spanning the Segall catalog.  The first thing that struck me was how tight a guitarist Ty is.  His playing was fluid and flawless through the entire set.  The next thing that popped out was how good Ty's heavier songs worked when stripped down.  Even with a tiny three piece drum kit and no distortion on the guitars, a good sized mosh pit opened up in front of the stage.  Lastly, it was obvious those in attendance were truly fans, not just there to look cool.  They sang along with most of the songs and stayed til the end. 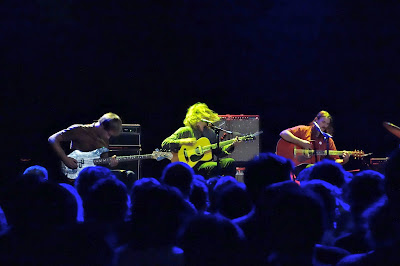 Do yourself a favor and check out "Sleeper".  It's already one of my favorite albums of 2013.  Question my opinion?  Google it and check the reviews.  I'm telling ya, it's solid.  As a bonus, you'll feel good supporting an artist who works his tail off and lives for music.  They say not to look down as you climb if you want to reach incredible heights.  Ty's output shows him to be following that advice.  Never stopping to rest and see how far he's come, he continues to surpass his peers. 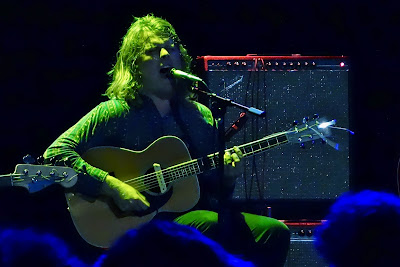 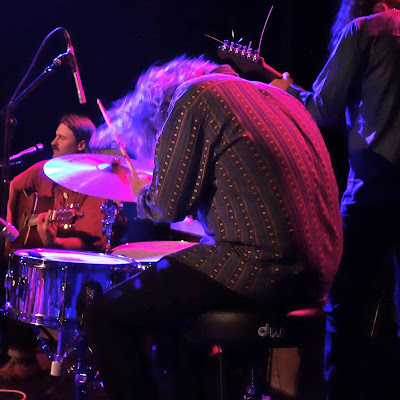 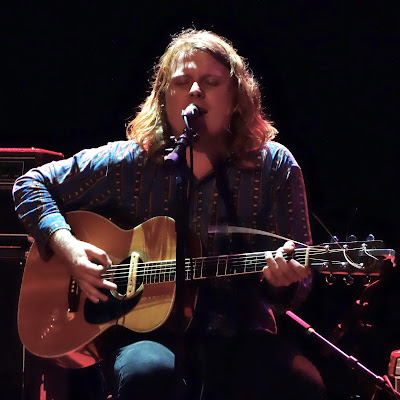 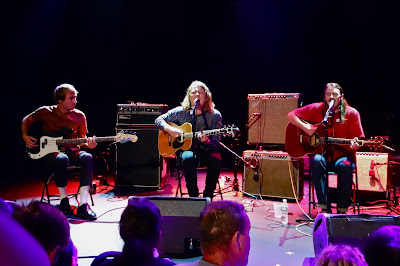