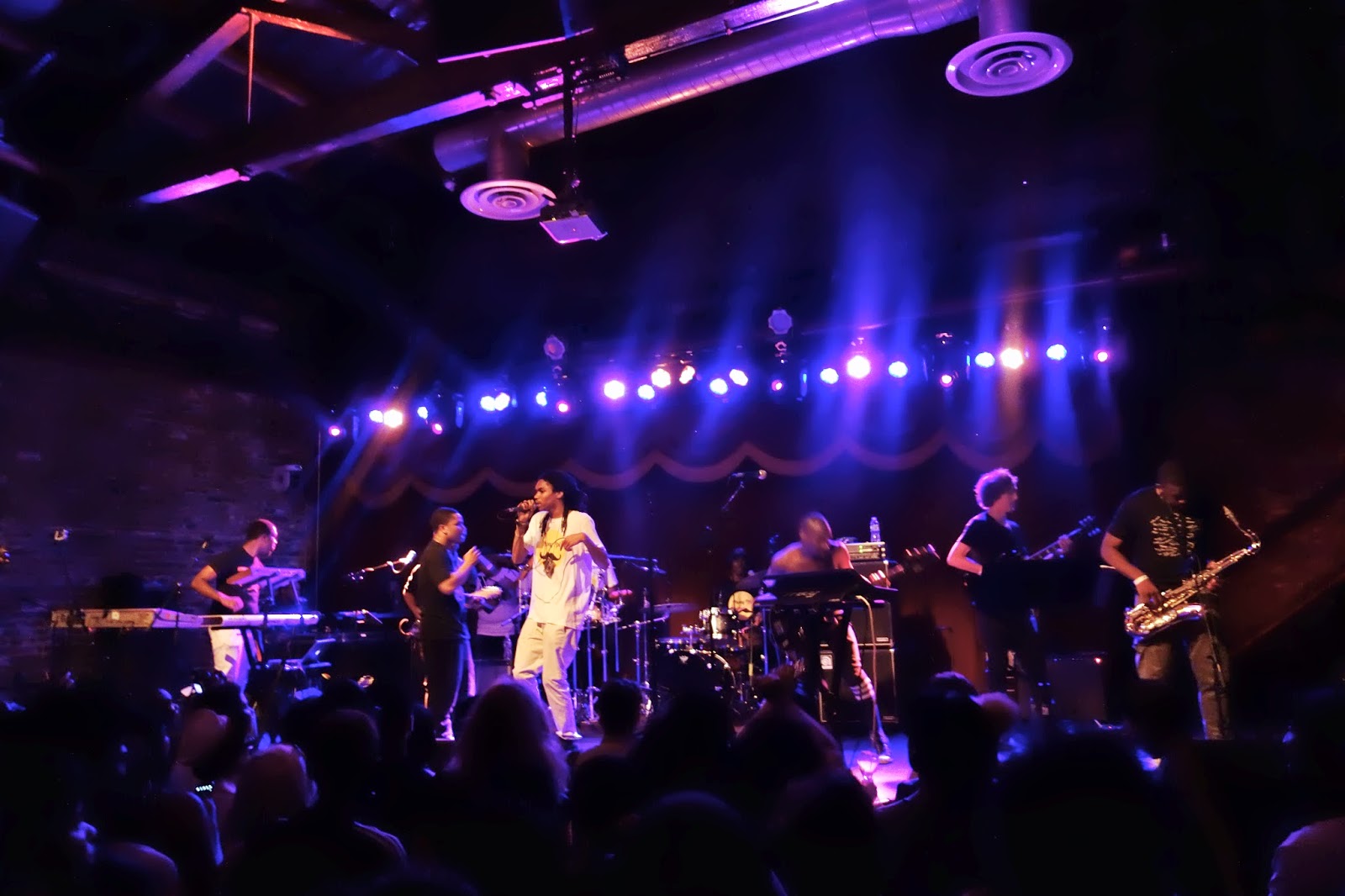 There's more hip hop being cranked out nowadays than ever before.  Unfortunately, as the quantity has increased, the quality has suffered.  The genre is filled with played out production, the same old materialistic nonsense, unbridled sexism, narcissistic ranting and delusions of grandeur.  It's harder than ever to find substance and authenticity.  With some digging, however, you will find that Brooklyn is currently home to some of the most innovative and diverse hip hop to drop since the golden age.  The ironically named Phony PPL, a collective of talented young men from Bed-Stuy, are one of my favorite new groups from Kings County.  I had the pleasure of catching them live at Brooklyn Bowl and they solidified what I'd thought going in.  These cats are the real deal. 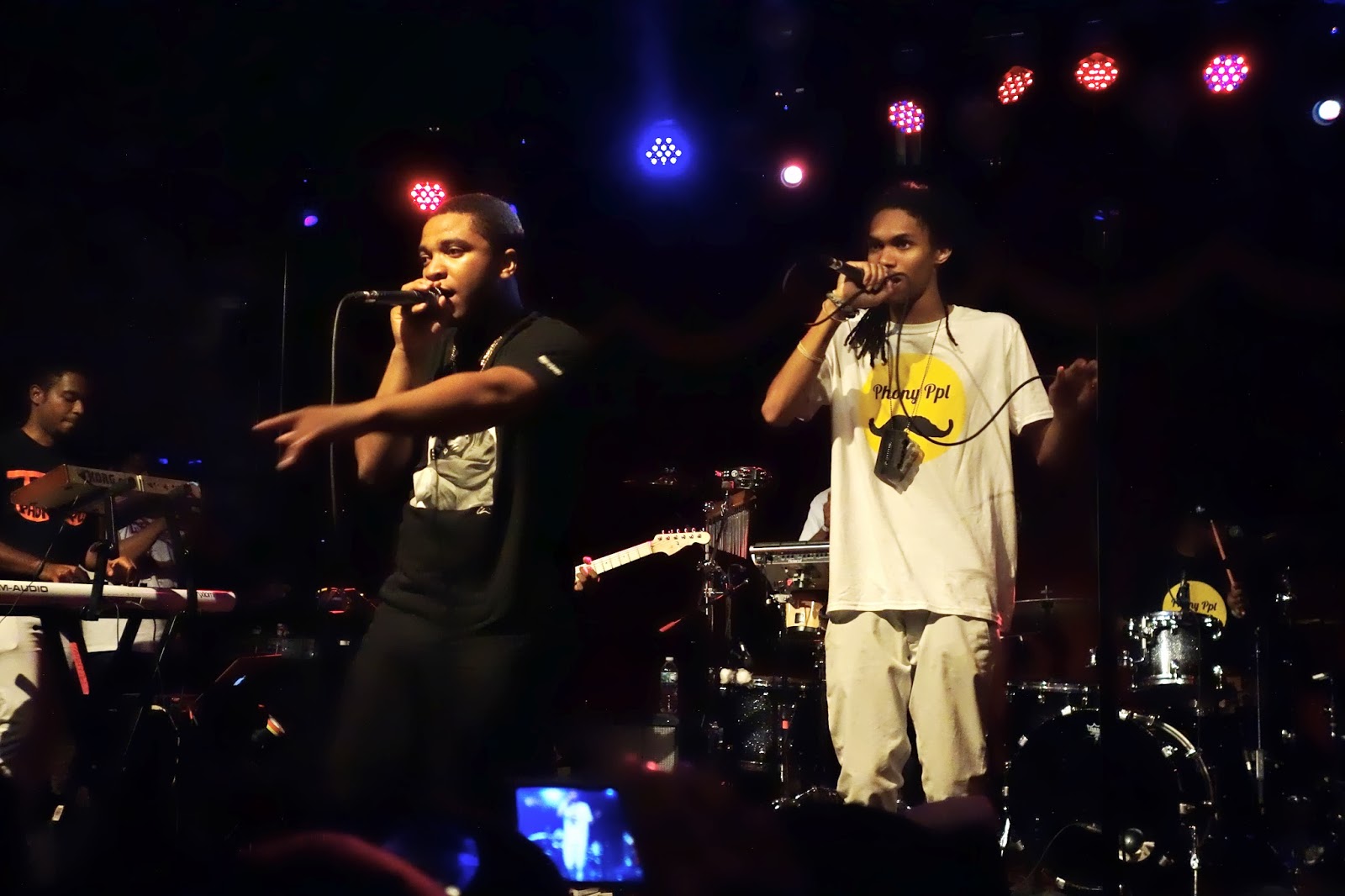 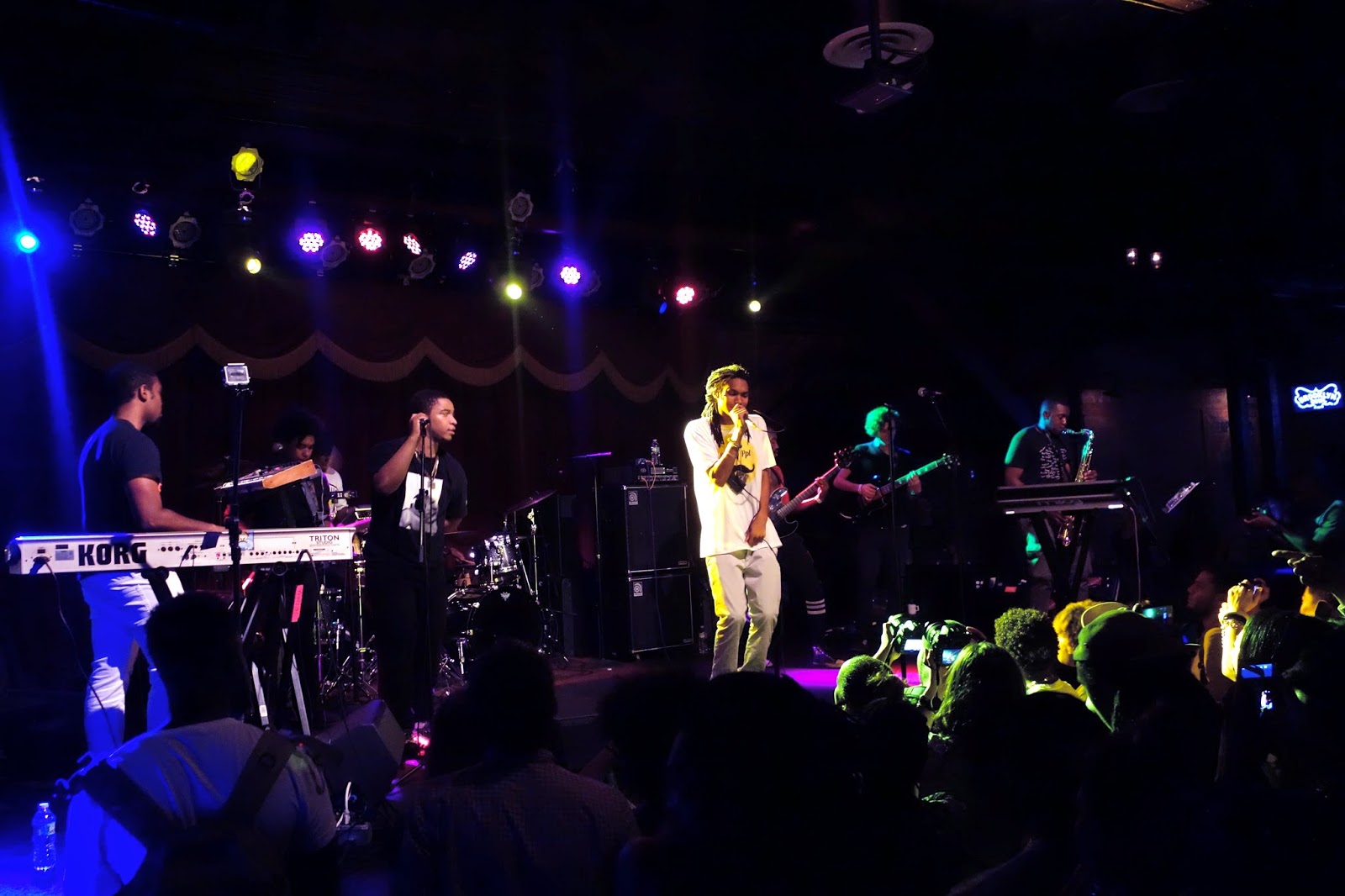 The first distinguishing characteristic of Phony PPL is that they are a band in the truest sense.  Like The Roots, they create and play the music they make.  There's no head producer or DJ.  Decisions are made and songs take shape during extended jam sessions with each member contributing to the sound equally.  Friends from early high school days, they are a tight knit unit with a love for music and each other.  Individually, they are each incredibly talented at their chosen craft.  For their live show, every member gets their time to shine.  There are solos woven into the songs which showcase just how stacked they are as a crew.  From the keyboardist on the left to the sax man on the right, there isn't a dud to be found.  Everything I heard from start to finish sounded seasoned far beyond what you'd expect from guys barely legal to drink. 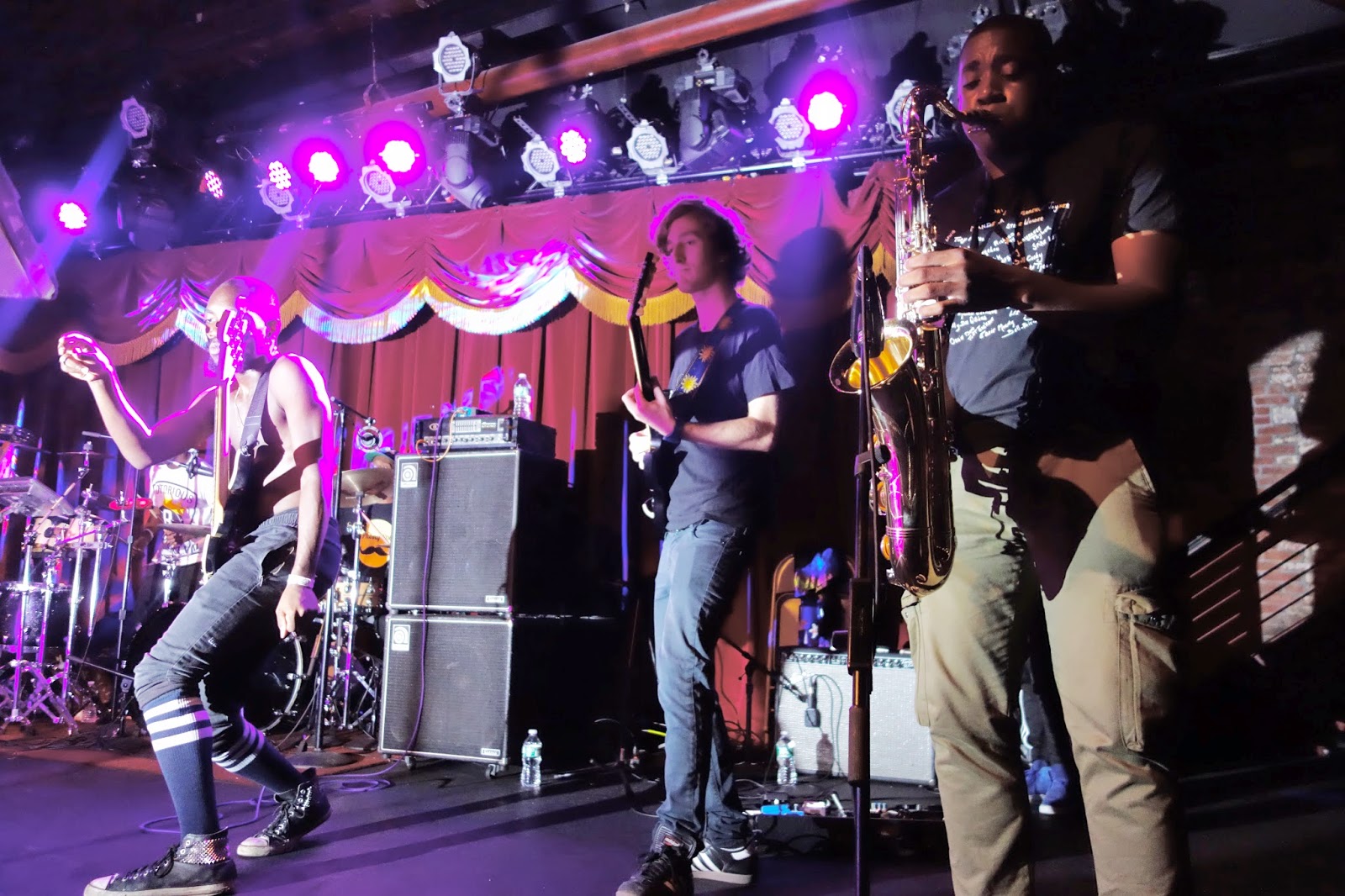 The next thing that sets them apart is the diversity of their sound.  Hip hop is at the heart of everything they do, but these guys clearly have love for a variety of styles.  Not only are they skilled lyricists, they can sing as well.  Some of their songs shimmer with Neo-Soul.  Others stretch out into long jazz interludes complete with challenging time signatures and extended improvisation.  A few songs had a rock edge, complete with shredding guitar and fuzzed out bass.  Most impressive were the times that all these influences merged.  It's a sign of real genius when a band can play something your mind can't categorize.  Phony PPL did this throughout their set. 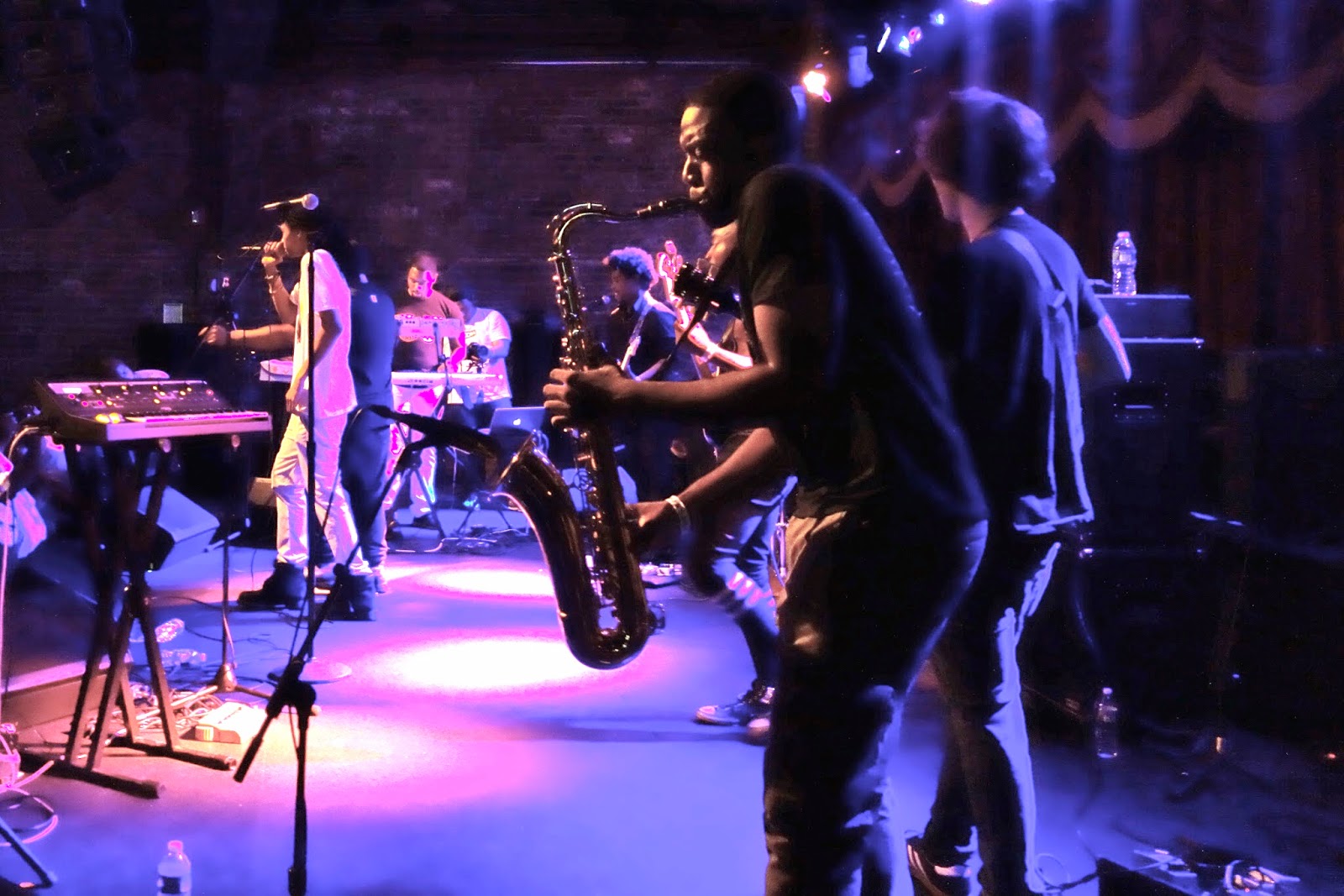 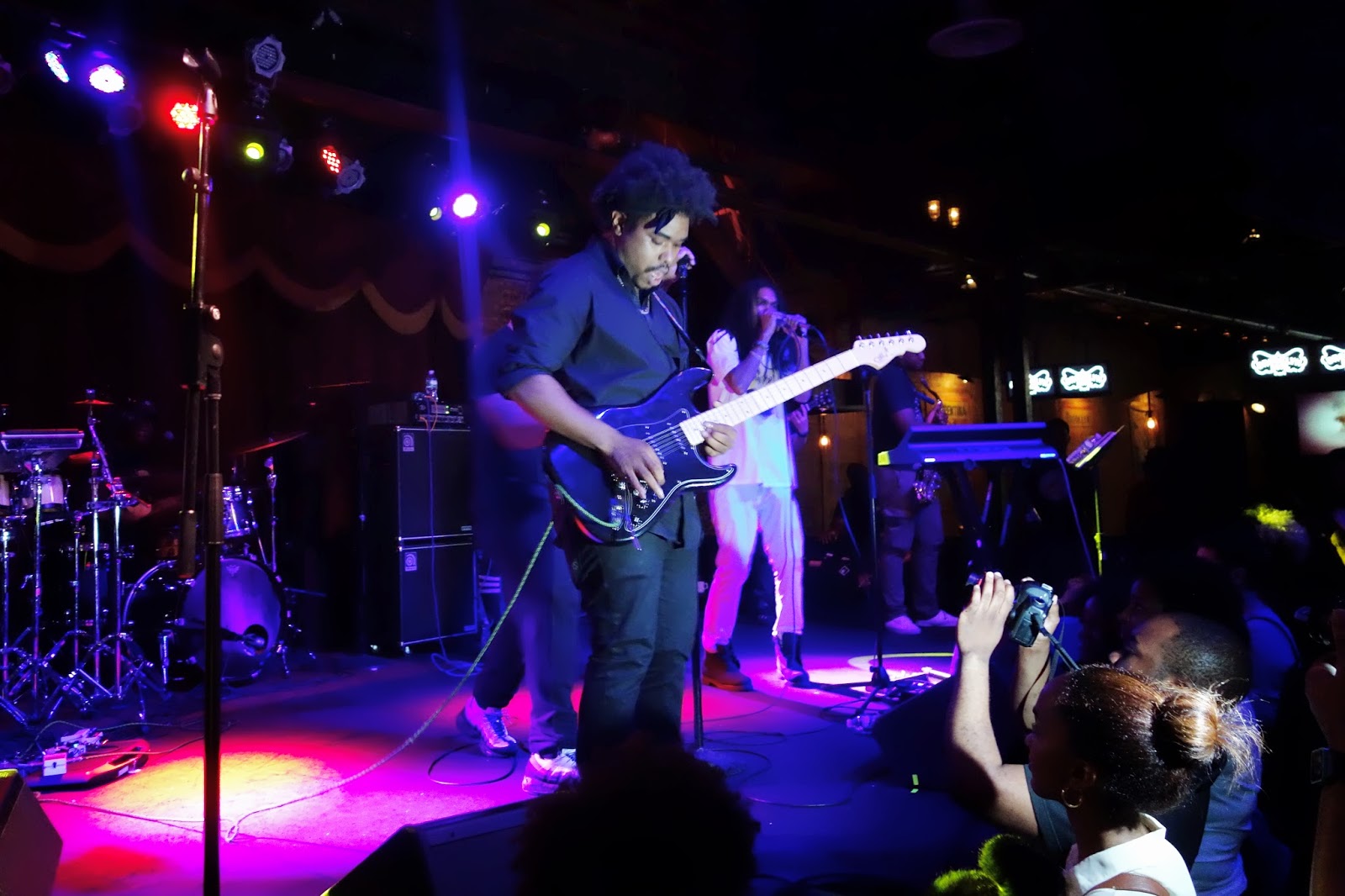 Lastly, these guys just have a tremendously positive energy.  Before they started their set, I was standing near the stage and the bassist introduced himself to me.  He thanked me for coming out and with a big smile told me he was excited to get started, assuring me it was going to be fun.  His promise was fulfilled.  From bringing fans on stage, to repeatedly thanking the audience, to enjoying themselves as much as the crowd, Phony PPL made everyone forget it was a Monday. 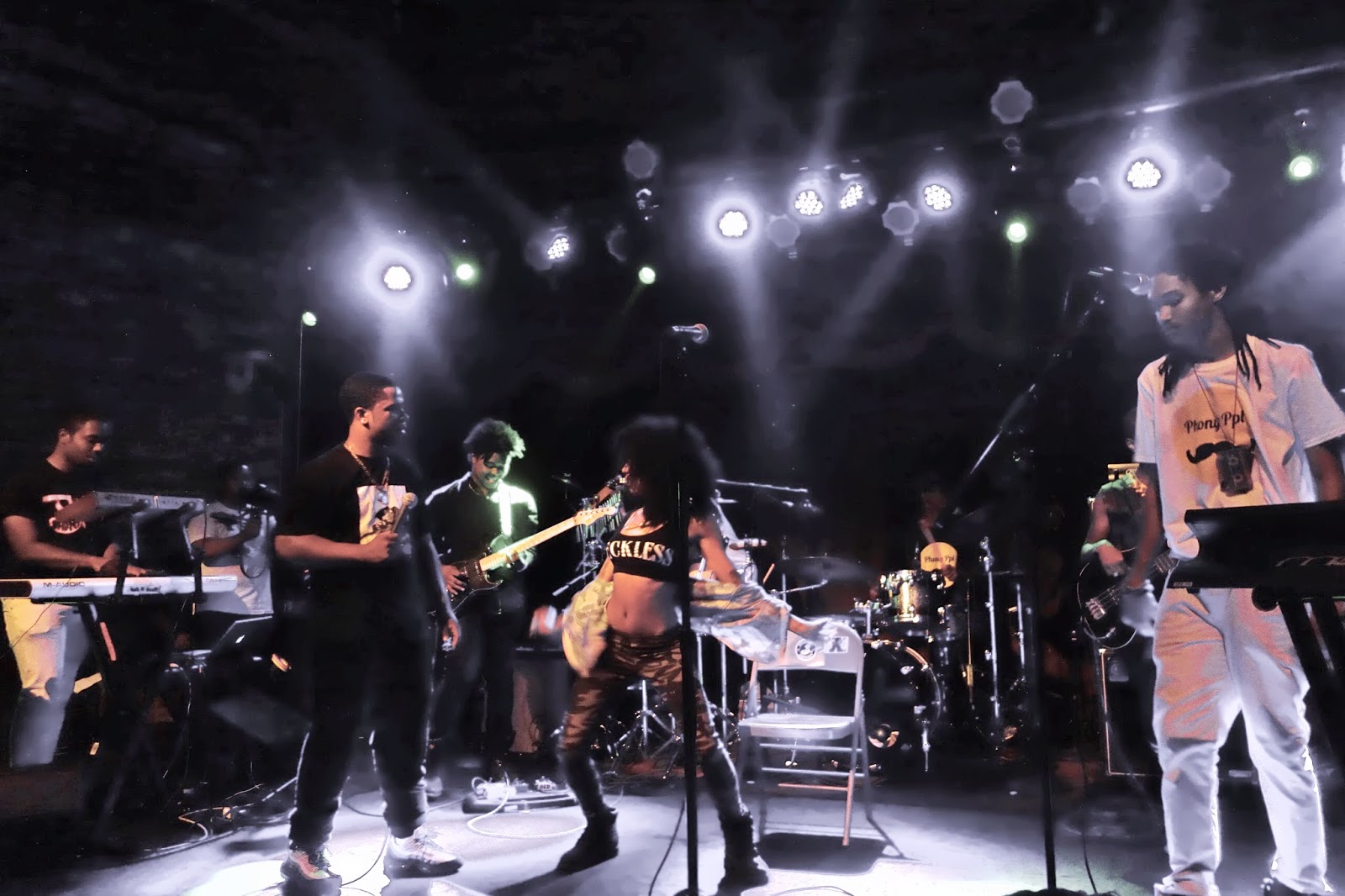 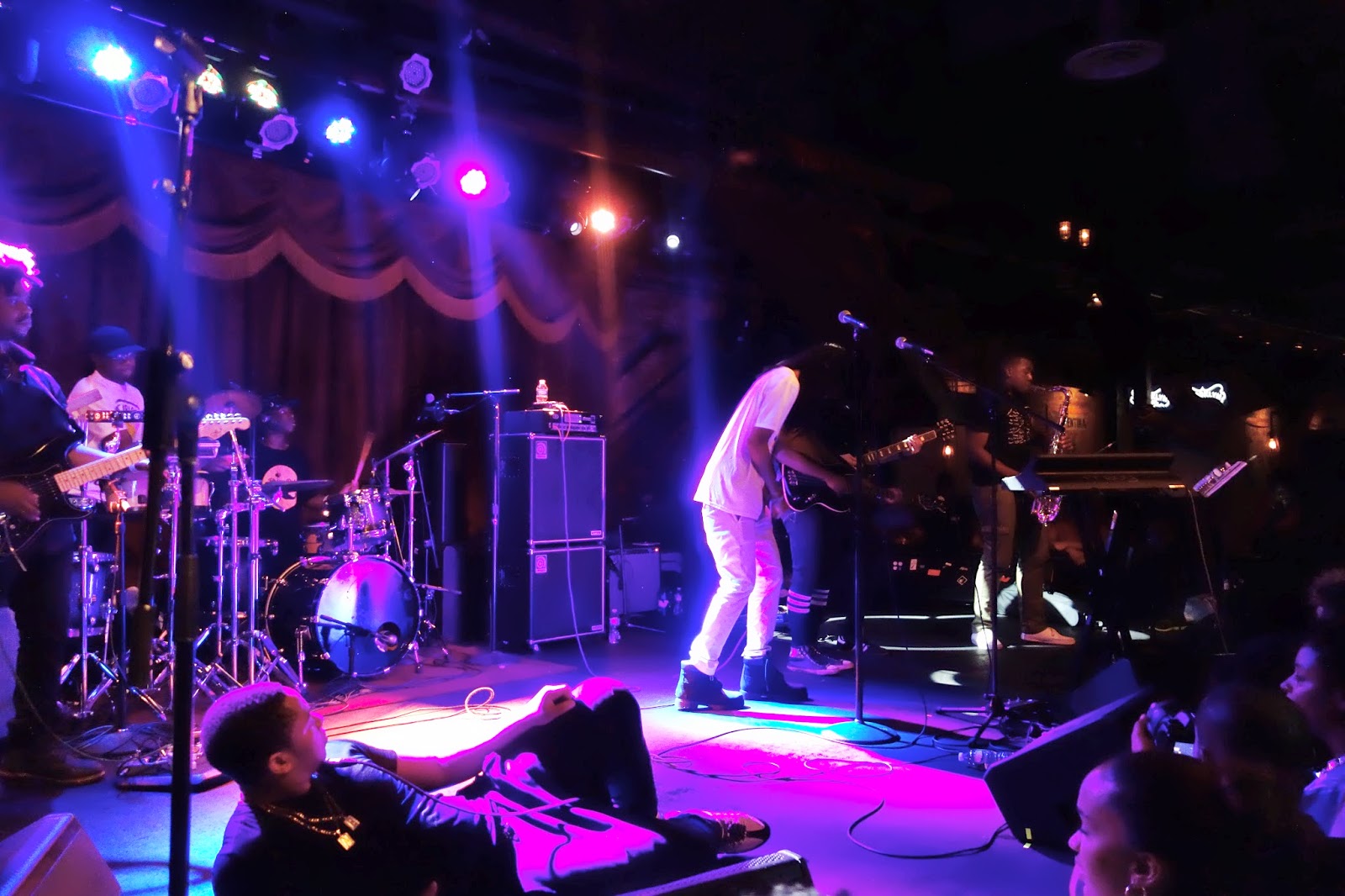 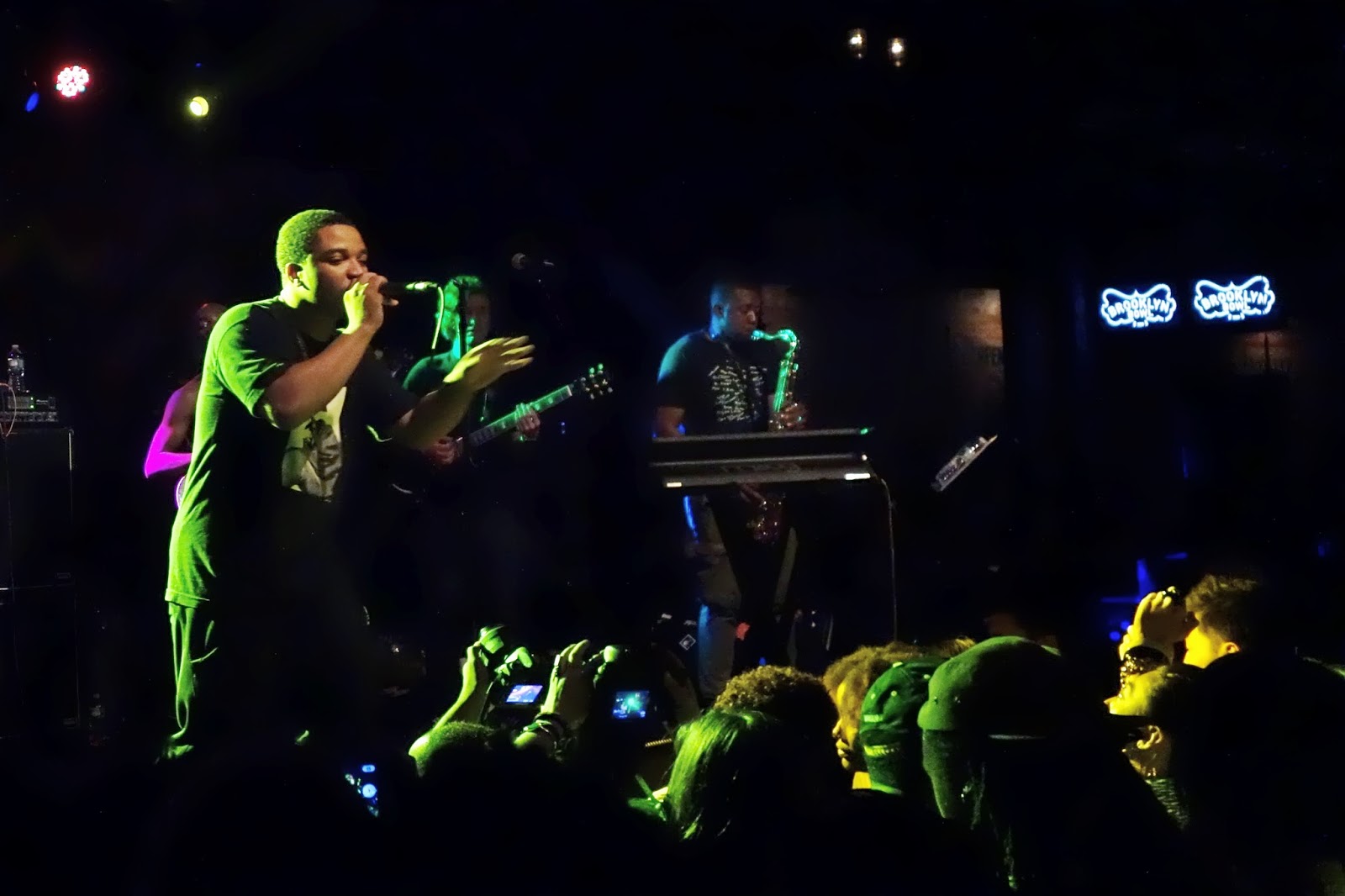 This was one of my overall favorite shows so far this year.  These guys are the full package.  Talented, sonically curious, and infectiously friendly.  If you get the opportunity to catch a Phony PPL show, don't hesitate. 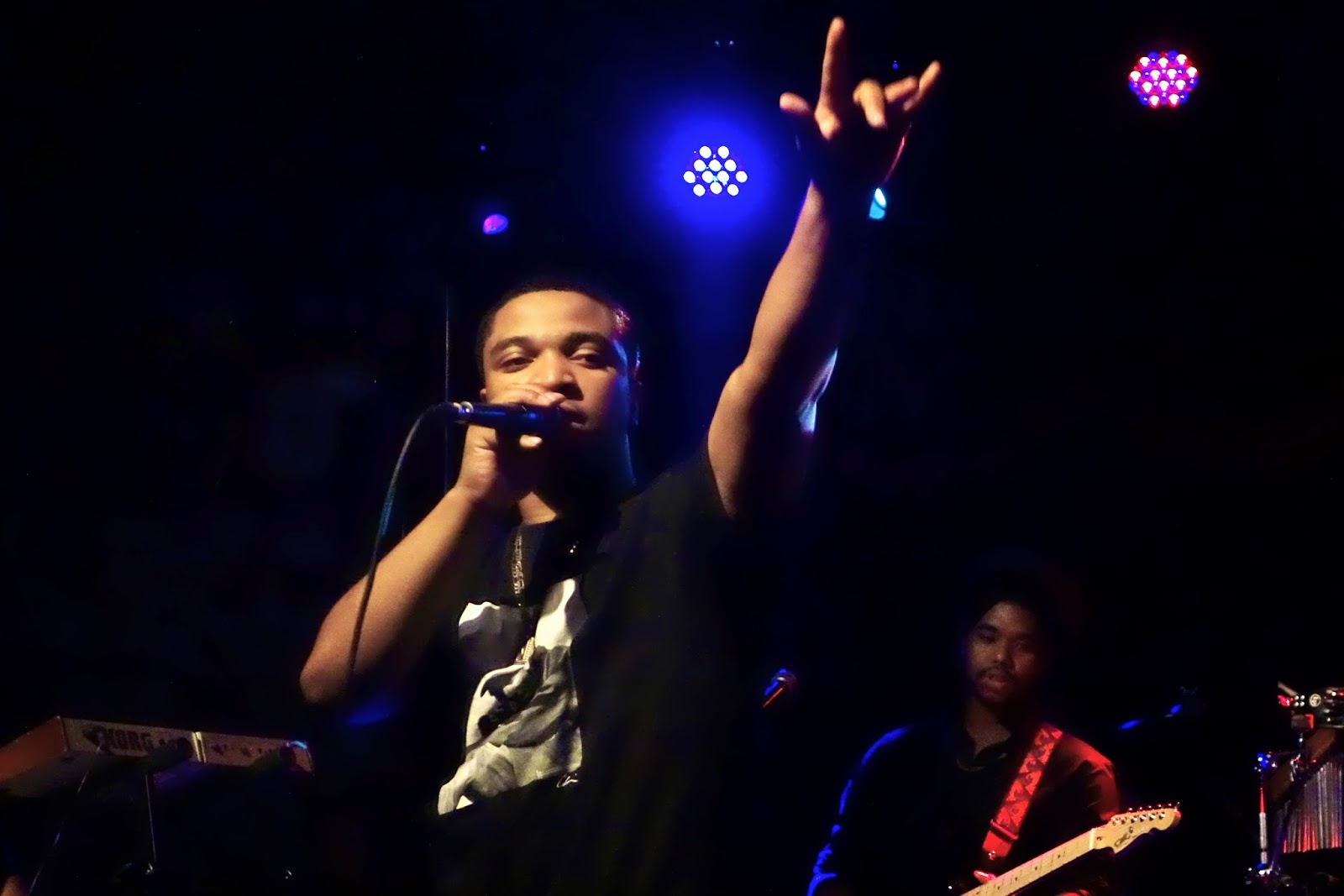 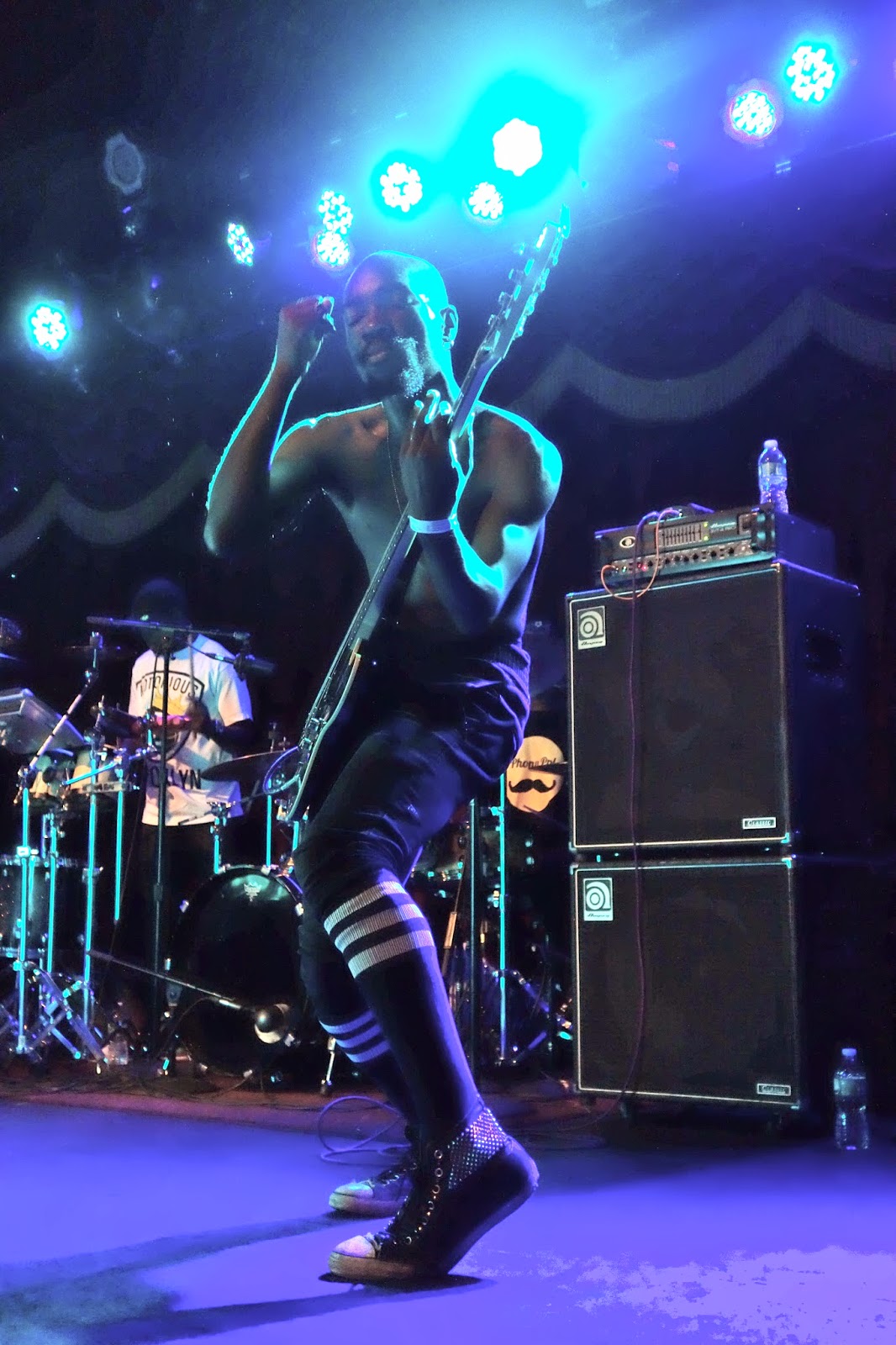 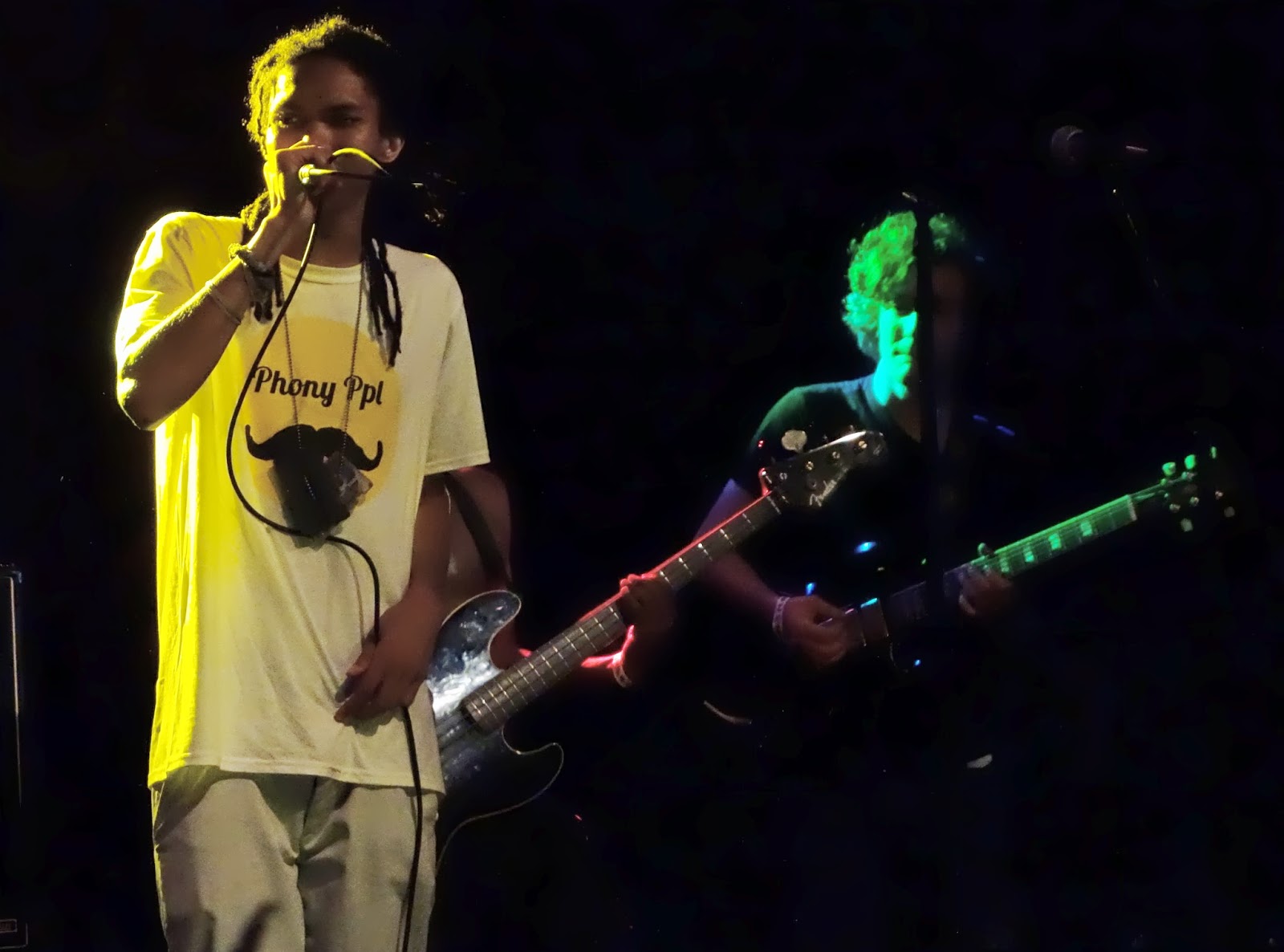 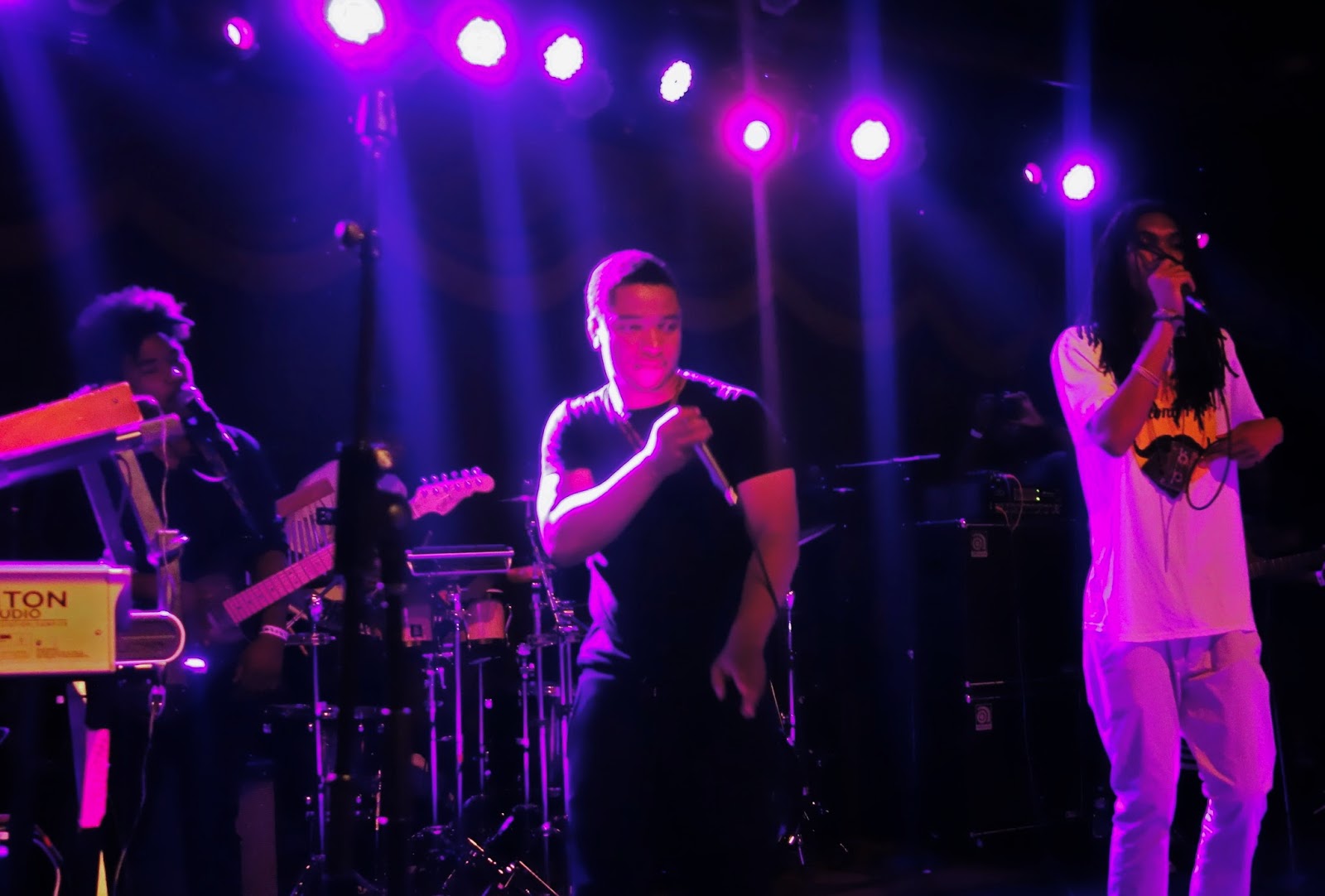 To check out their albums, and you should, go HERE!

Unfortunately, Dyme-A-Duzin, one of the members of Phony PPL, wasn't at the Brooklyn Bowl show.  He's been busy promoting his latest solo mixtape, which is definitely worth checking out too.  Watch his new video for "Memories" below to get a taste.