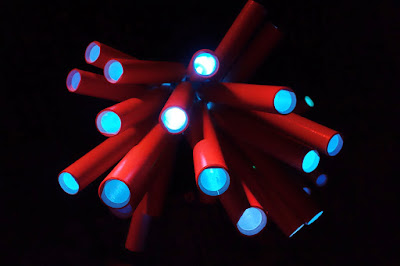 I am currently in love with two women.  One is my wife, a woman who is much more than I ever dreamed I'd find.  The other is Angel Olsen.  I saw her open for Kurt Vile at the Bowery Ballroom and fell head over heels.  She sung like an angel and had a magnetic stage presence, earning rave reviews from everyone standing near me.  Later that night I met her friend Zia Anger (a film maker who had a hand in Angel's two newest videos) at the merch table.  We got to talking and she informed me Angel was swinging back through town on Sunday night.  "Only a few tickets left," she said.  "Get one tonight if you want one."  I did just that.  I owe you one, Zia.  They were gone by the next morning. 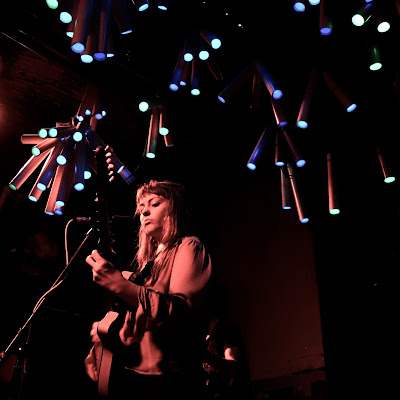 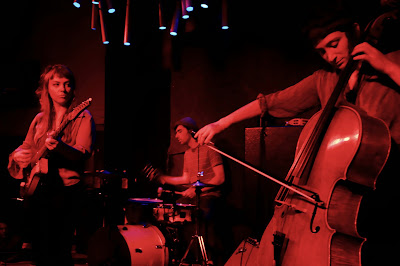 Angel's second album, Half Way Home, was released by Bathetic in September of last year.  In this interview she says she wanted it to be raw to the point of being somewhat uncomfortable to hear.  I have to admit, I wasn't a fan at first listen.  In fact, I downright hated most of it.  Then, something snapped.  I call it the Joni Mitchell effect.  What at first made me wince and wish for ear plugs now makes my blood pressure drop and eyes water.  This is a stunningly beautiful record.  Each track has what it needs, nothing more, nothing less.  Her song Free is a stripped down mid 60s girl group number The Crystals could have sung.  Border town guitar on The Sky Opened Up is paired with a shaker, simple bass line, and subdued kick drum thump, creating a wide open space for Angel to spread her wings and circle overhead.  You Are Song has hints of early Joni Mitchell.  The Waiting sounds a bit like Patsy Cline sitting in with Dr. Dog.  Her influences are obvious, but they only season her sound, they don't define it.

In person, her voice is more awe inspiring than her recordings.  The way she paints with it is truly masterful, showing an innate sense of when to rise and fall, roar and whisper, flutter and hold.  For over an hour a sold out Glasslands was completely captivated.  Backed by a drummer, second guitar, and cellist for most of the set, Angel proved she was aptly named.  They picked things up here and there with songs like Sweet Dreams, but the highlights were the intimate numbers.  Some of the last songs she played were just her and her Danelectro.  Those moments were sensational.  When I say she held the audience, I mean she had them with the grip of the iron fist.  There were times I closed my eyes, then had to open them to make sure I wasn't dreaming.  After the show, the people around me all admitted doing the same thing.  Not kidding.  Impressive stuff. 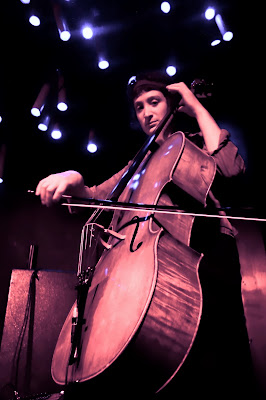 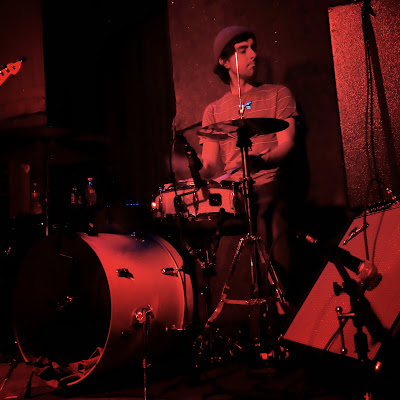 This blonde bombshell from St. Louis hypnotized a room of Brooklynites, with as many guys as girls I might add, into respectful silence.  Her voice was the swinging pocket watch while her words seduced.  She explores simple themes in new ways through the unique metaphors and imagery of her songwriting.  Here are the lyrics from Acrobat, the first song from Half Way Home. 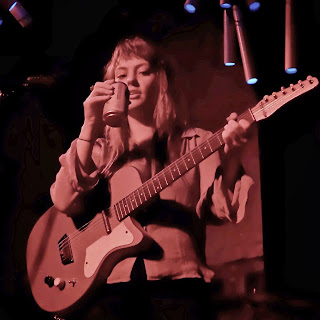 The icing on the cake is seeing her live and realizing she's actually quite playful and approachable, not an intense "take me serious!" person.  In between songs, she sipped a beer, asking at one point where to find the best burrito in town.  The smiles and easy going banter with the audience took some air out of the balloon and let everyone float back to earth. 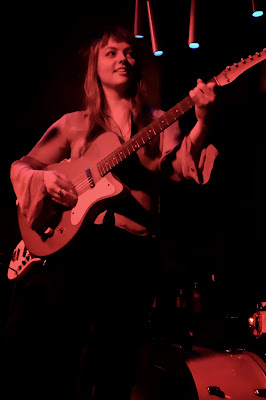 Like I said at the beginning of this review, I'm currently in love with two women.  One is my dream of a wife.  The other is Angel Olsen, who sings in my ear at night and sweetens my dreams. 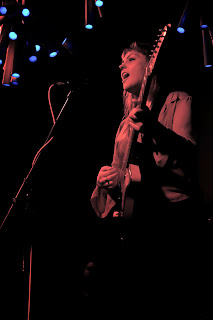 For more pictures of Angel and her band, as well as her
opener, guitarist Steve Gunn, click HERE.

Click HERE for a great article on Angel from American Songwriter