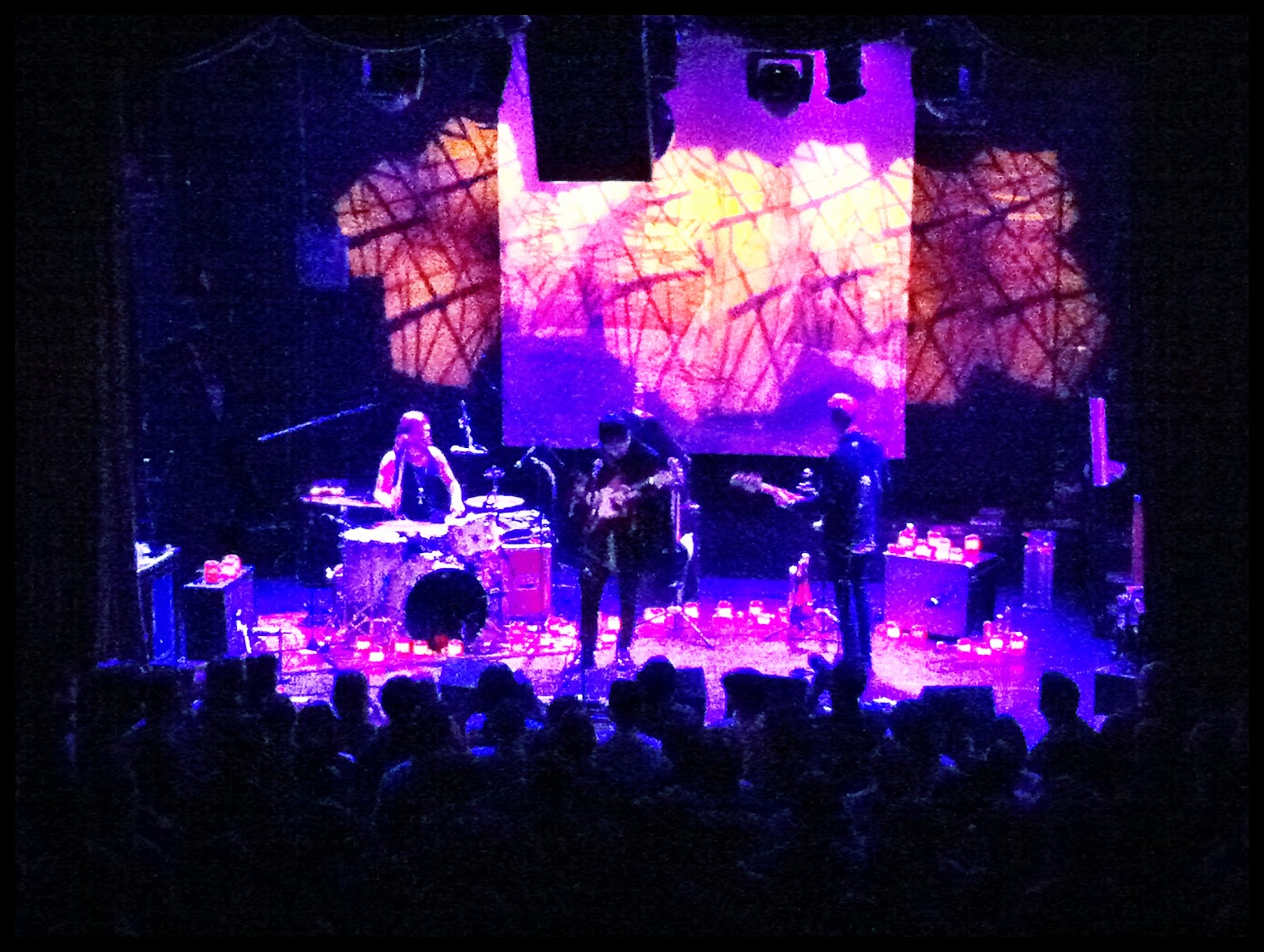 A while back I was texting with my buddy Vijay about the music we were listening to.  He suggested I check out Unknown Mortal Orchestra.  I followed his advice and checked out their new album, II.  Pretty quickly it was in heavy rotation.  A perusal of their tour dates revealed they were playing Bowery Ballroom with a band called Foxygen.  Gave Foxygen a listen and instantly took to them as well.  Paid my $15 and got a ticket to see them.  Within days they were sold out.  Glad I scooped them up when I did.  It ended up being one hell of a good show. 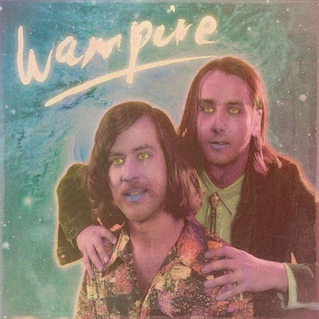 When I arrived I caught a little of the opener to the opening band, Wampire.  They were cool.  Didn't really wow me or anything.  Did talk to one of the members later at the merch table though and he was a good dude.  They're from Portland and just getting their thing going.  Have to keep an eye out to see how they develop.  One thing they've already got down is their packaging.  I mean, check out their poster above. haha Picked up a 7" of theirs just for the cover and the purple vinyl. 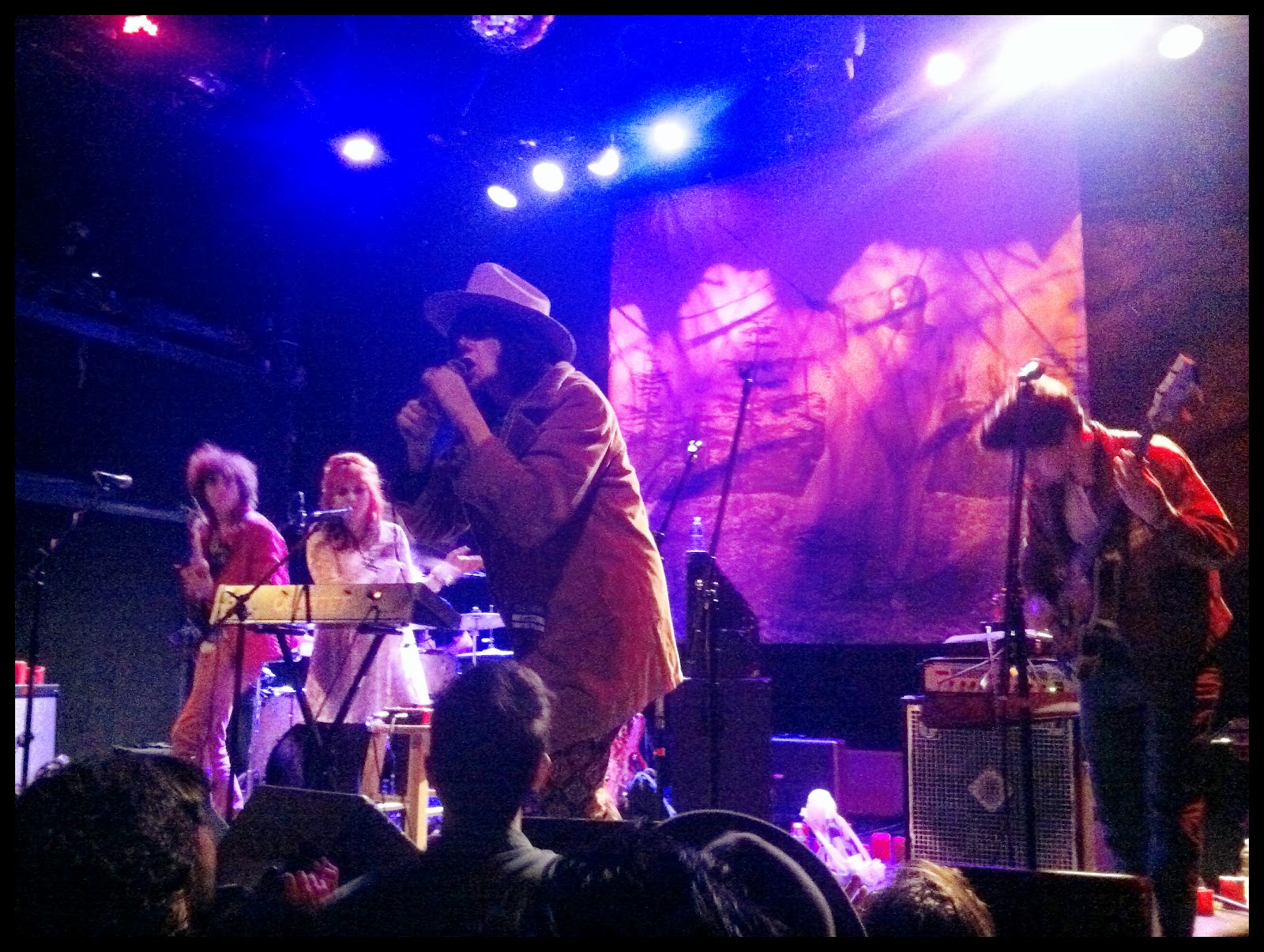 Foxygen is a rock band from Cali with a bright future.  The heart of the group is two friends barely legal to drink who have been making music together since the end of middle school.  They channel the sound of the Stones, the Kinks, the Beatles, Lou Reed, and other greats into musical collages that make for entertaining listening, especially for those of us with record collections.  Their new album, We Are The 21st Century Ambassadors of Peace & Magic, is a current favorite of mine. 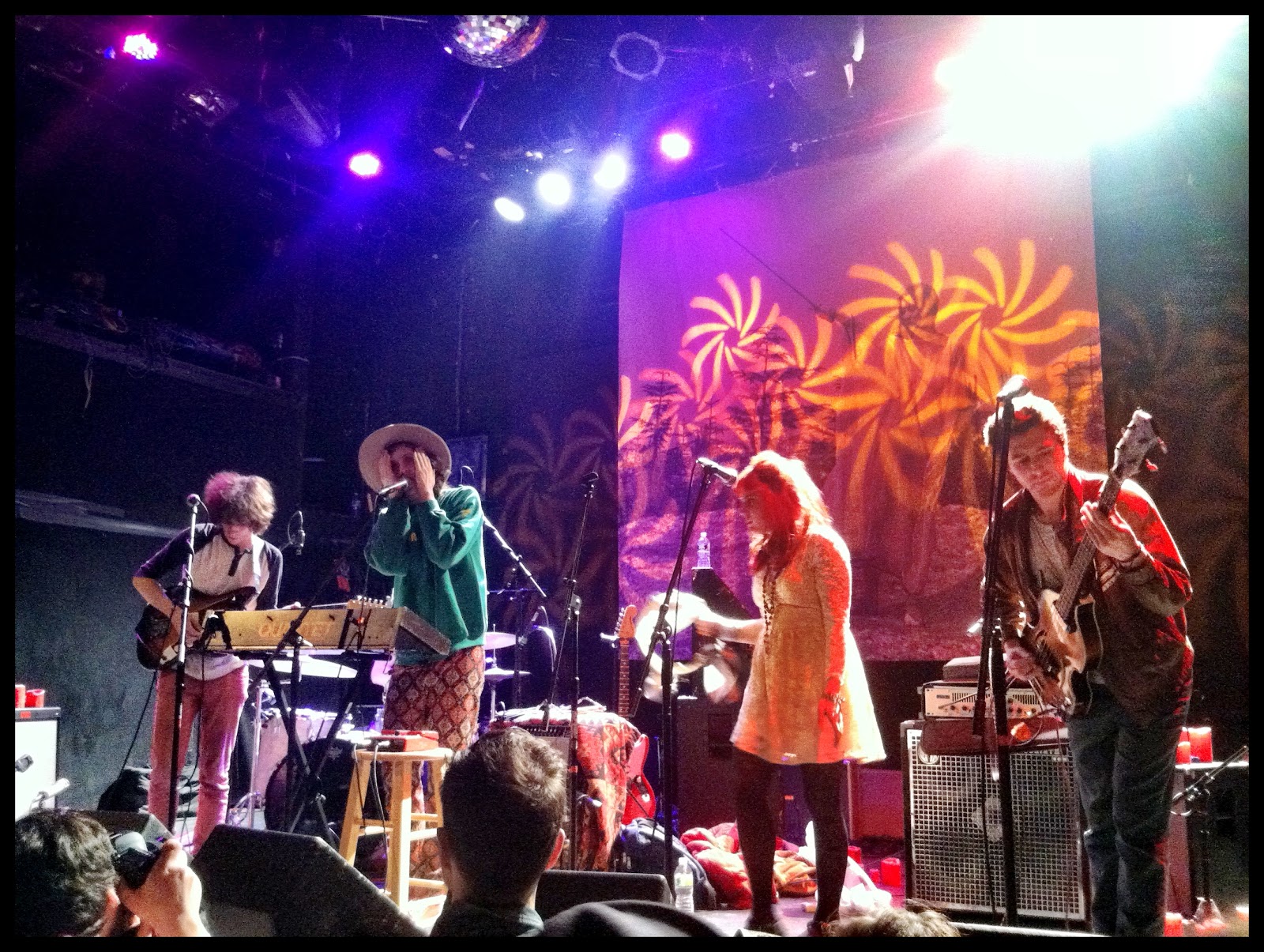 As tight as their studio work is, I was blown away by their live show.  From the get go they were bursting with energy.  Sam France, the singer, was bouncing all over the stage.  He screeched and screamed, strutted and crooned in deep tones, jumped down into the crowd to sing to audience members, beat the mic off the cymbals, preached in short rants about the value of not giving a fuck, and brought the thunder like they were the headliners.  Alongside him was Jonathan Rado, the guitarist, whose playing far exceeded what most 22 year olds can conjure.  Together, with the rest of the band, they made the stuff they've recorded sound more dangerous and intense.  Clearly, whoever produced their LP, shined these kids up, because they were fierce in the flesh.  By the time their set was done the place was crackling with excitement. 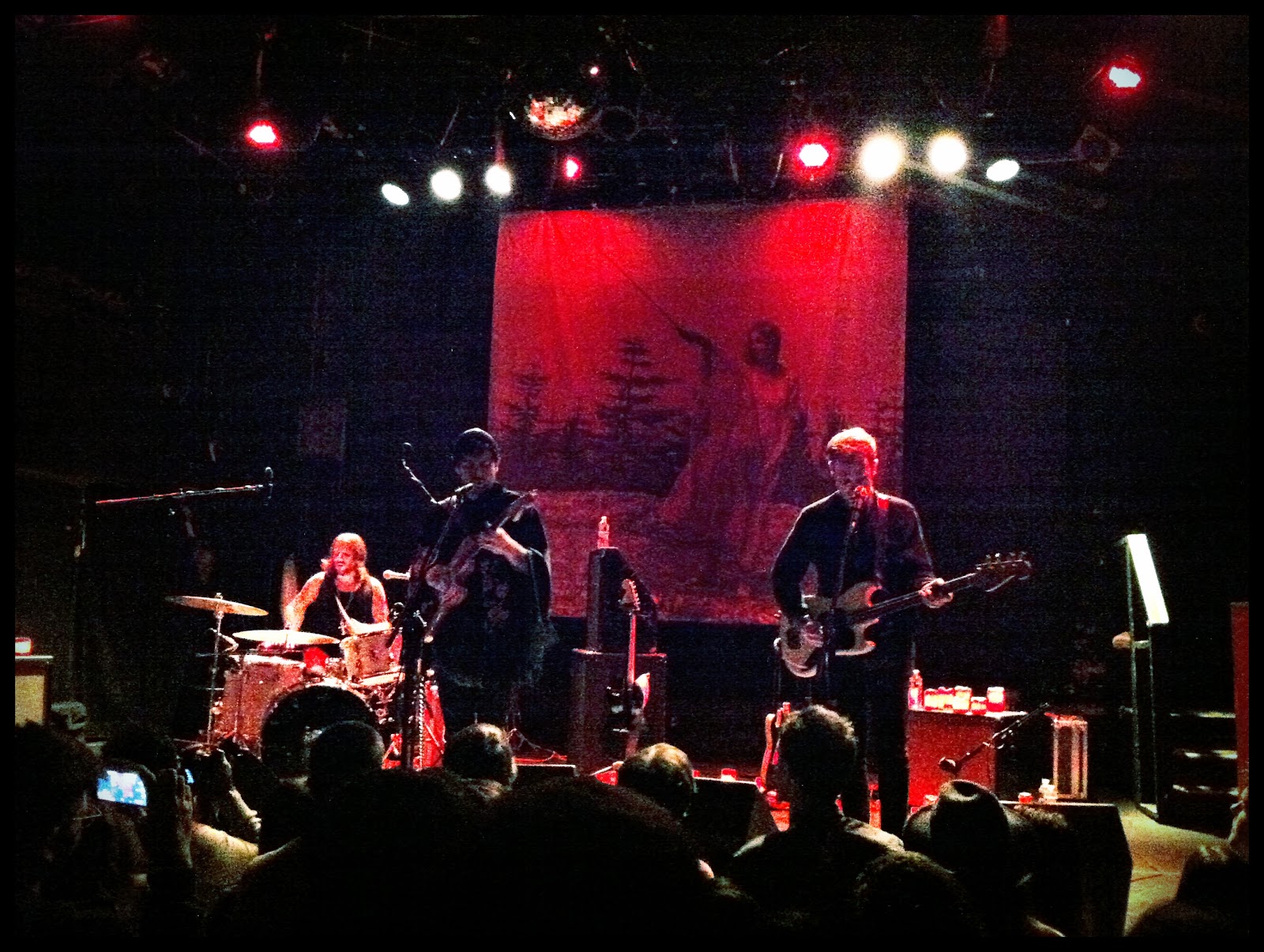 Next up were UMO.  Like Foxygen they're signed to Jagjaguwar.  Like Foxygen they're heavily influenced by the rock of days gone by.  And also like Foxygen, these guys are much better live than on record.  I was consistently wowed by the fact they're a three piece.  These guys can make a lot of beautiful noise.  Ruban Nielson is an absolute beast on guitar.  Nothing I've heard on their records prepared me for how good he actually is.  Virtually every song expanded into heavy solos and lightning quick runs.  The drummer and bassist would lay a firm foundation and Ruban would just throw notes all over the place like a man possessed.  We're not talking about noodling jam band stuff.  We're talking skillful rock and roll from a guy who is a master of his craft.  UMO truly gave bang for the buck.  Their set was rock solid and close to 2 hours. 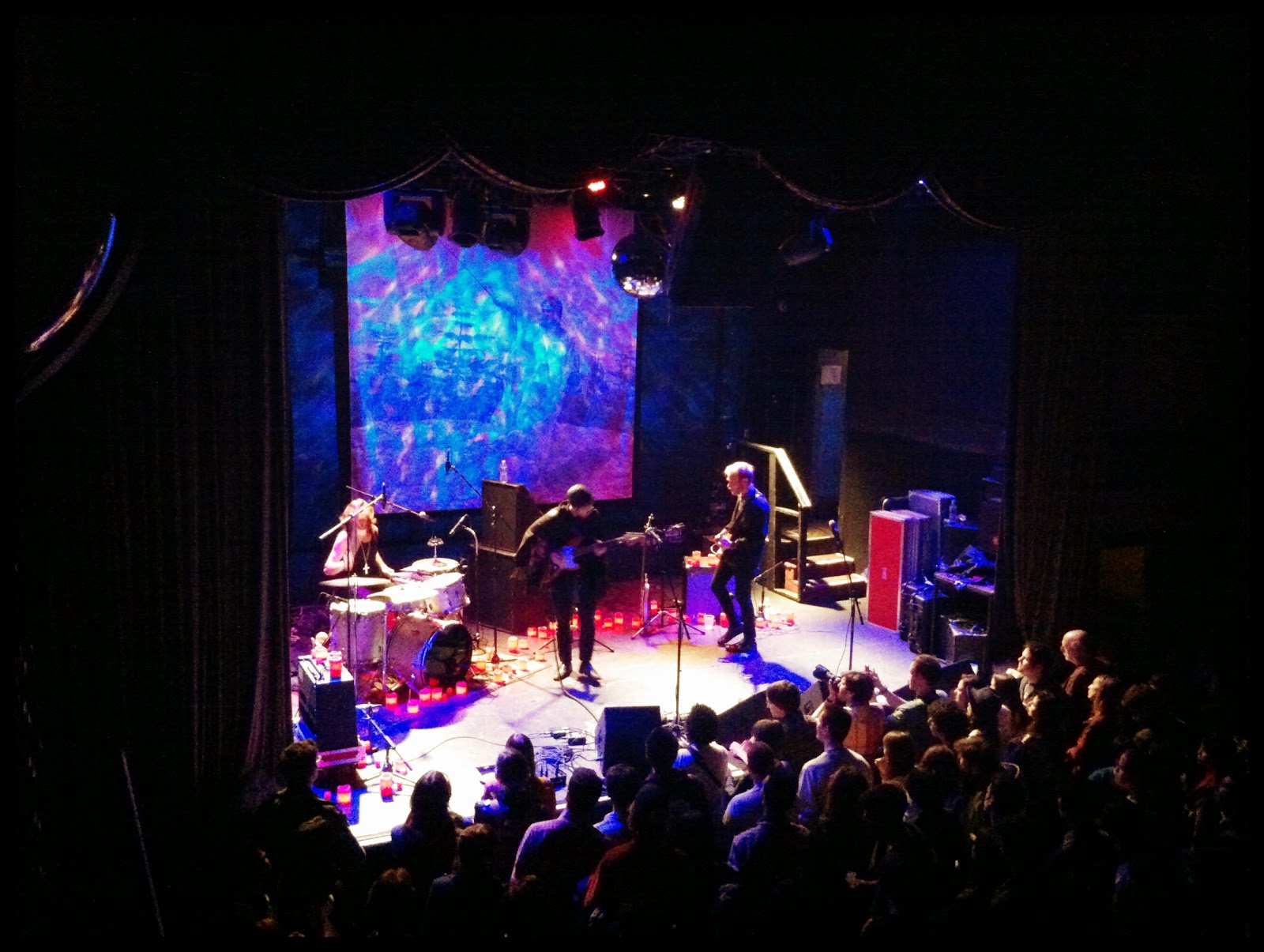 Overall, this was an amazing show.  Both Foxygen and UMO delivered.  If they're in your neck of the woods, do yourself a favor and grab a ticket to ride.  Lastly, a big thanks to Vijay for turning me on to these guys.  Cheers brutha!

"So Good At Being In Trouble"
- Unknown Mortal Orchestra