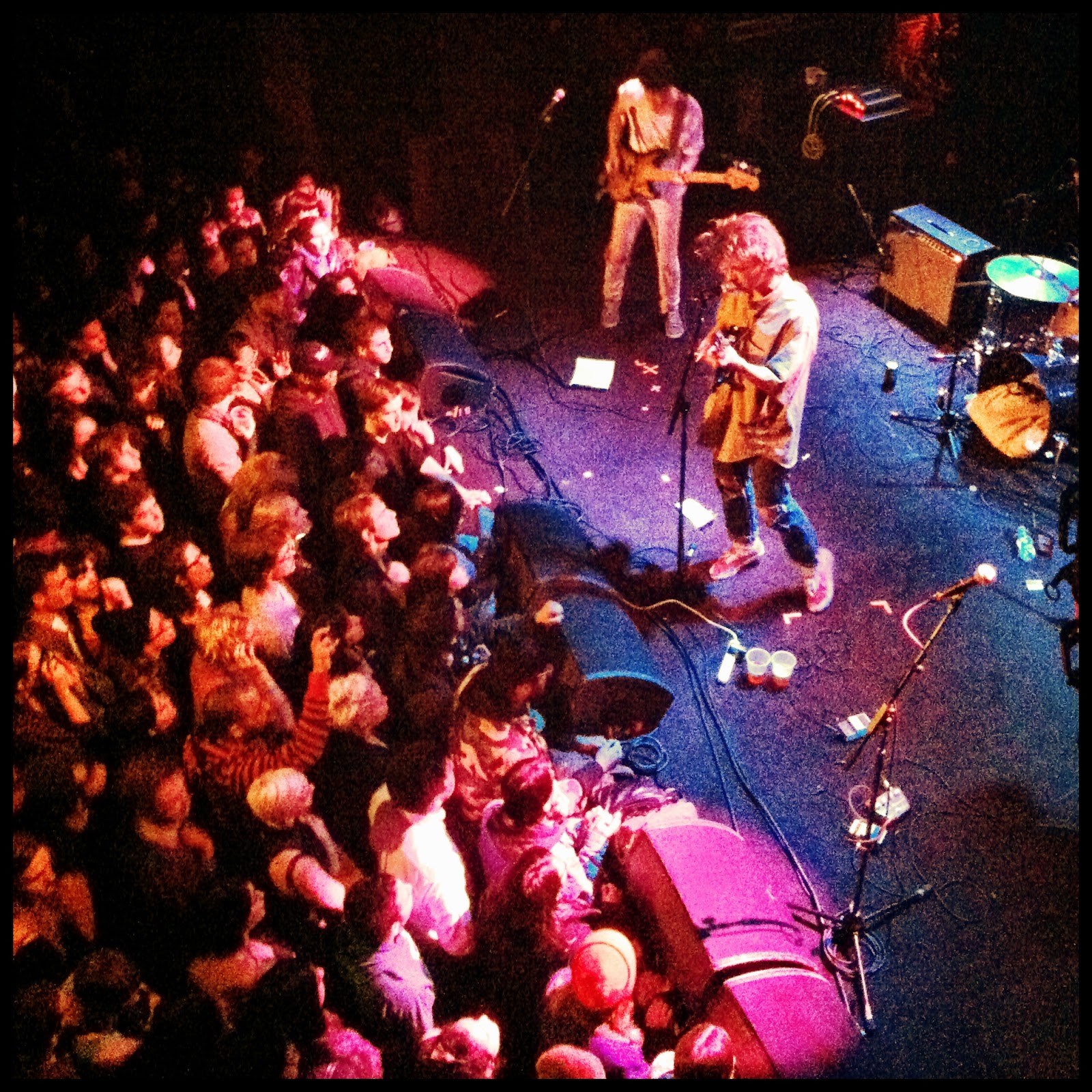 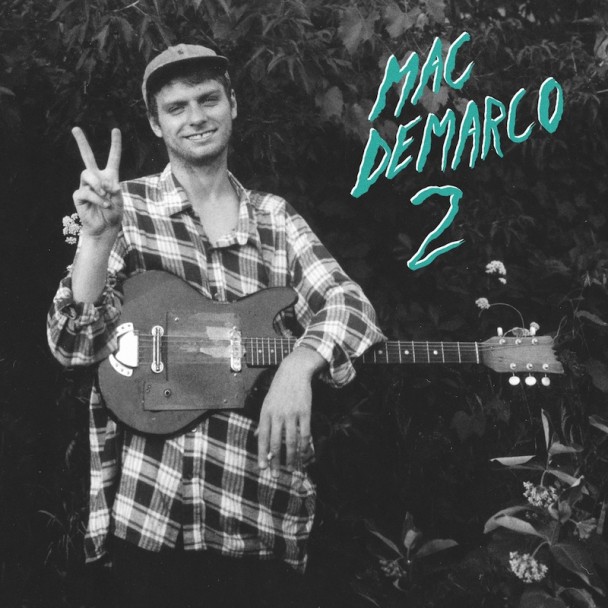 I've always struggled with taking things serious, so Mac's humor is right up my poop shoot.  Most indie frontmen are staid and as fun as a cock splinter.  Mr. Demarco is refreshingly goofy and silly.  He has songs about freaking out the neighbors, his favorite brand of cigarettes, and his sketchy pimp father making meth in the basement.  His videos are off the wall, low budget affairs made to entertain him and his band.  He plays a piece of shit guitar he bought for $30 Canadian.  He's been known to strip naked while performing and once stuck drumsticks up his ass on stage.  He was once a guinea pig for medical experiments.  Mac is not a douchebag out to convince you he's smart.  He's a smart douchebag who just wants to have a good time. 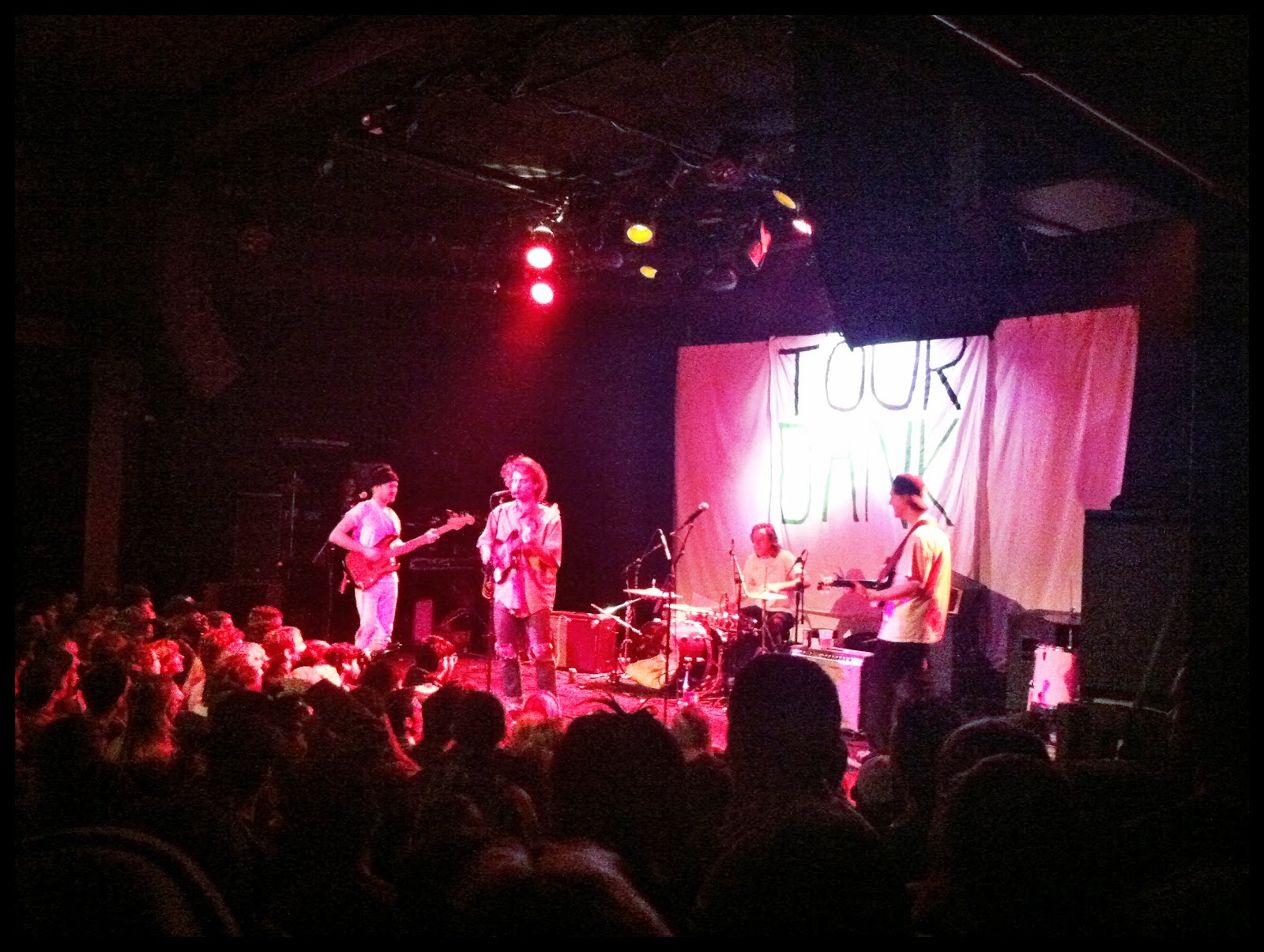 Mac's live show was precisely what I hoped for and more.  He and his band filled the place with a zany energy that is incredibly rare in live music.  Few people can pull off what they achieved.  In all the years I've been seeing shows, the only people I've seen with a vibe in the same vein are Ween, Mike Patton, and Beck.  An old friend of mine from way back, T-Bone Jenkins, had the gift too.  It's the ability to disarm an audience with humor, but play music that is legitimately good, not just looking for laughs.  In fact, it's like their character alone can elicit a smile.  The funny bone is tickled before a joke even comes out.  Mac and his crew have that ability.  People threw packs of Viceroys on stage for them, yelled dirty jokes between songs, tossed up notes for them to read aloud, and greeted every song with a whoop and a Cheshire grin. 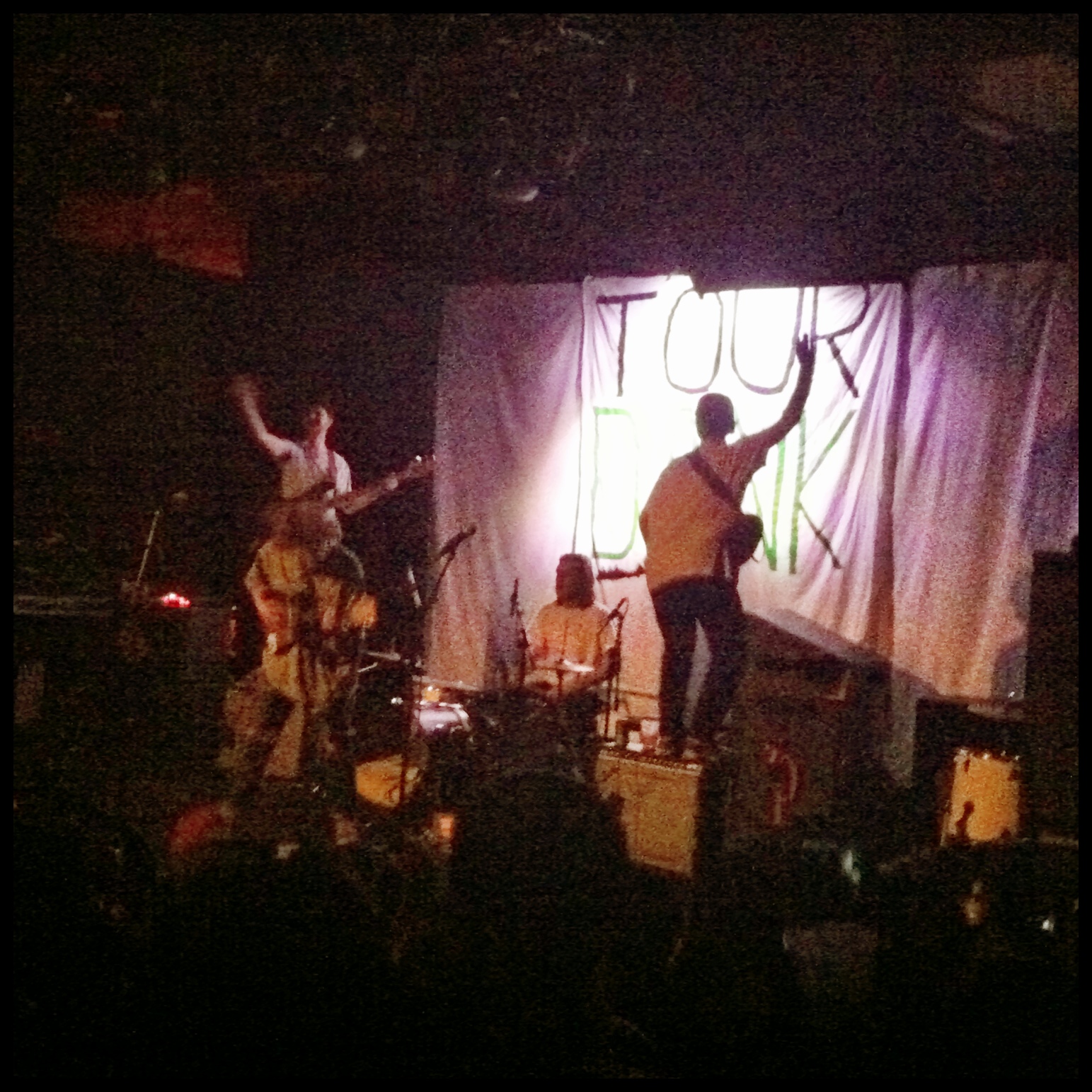 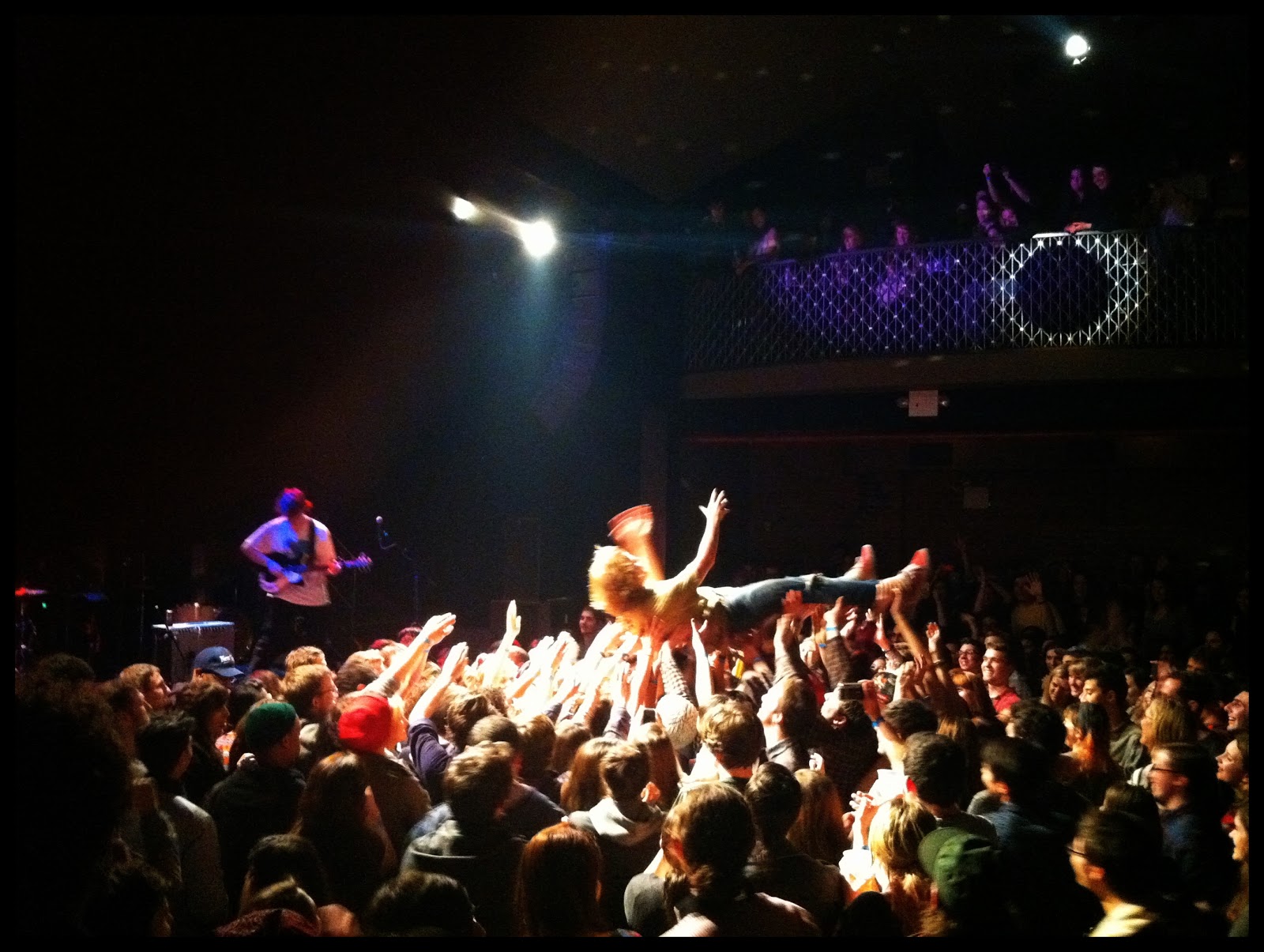 Mac Atop the Crowd 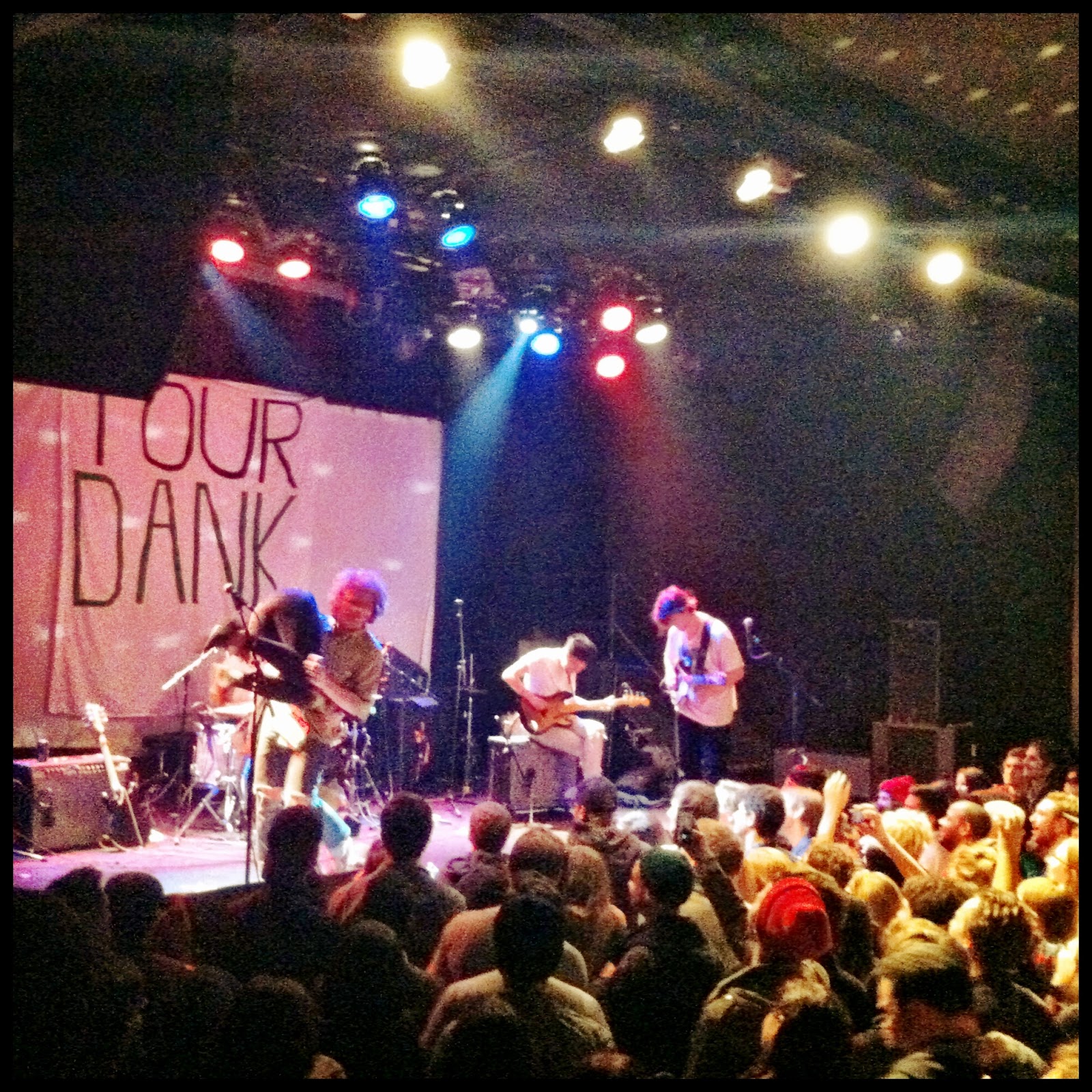 Mac Carrying His Girl Around the Stage

Mac and his band are funny, but the fun is just part of the show.  As musicians, they're legit.  They've been playing together for years and it showed.  The music was top notch from start to finish and the songs sounded even better live.  The exuberance of the audience for the new album was obvious and not surprising.  It's a record that gets better with every listen.  I've spent entire days where it's the only thing I put in my ears.  Nothing better than seeing the band you're currently obsessed with and having them exceed expectations.  Mac and the boys did just that. 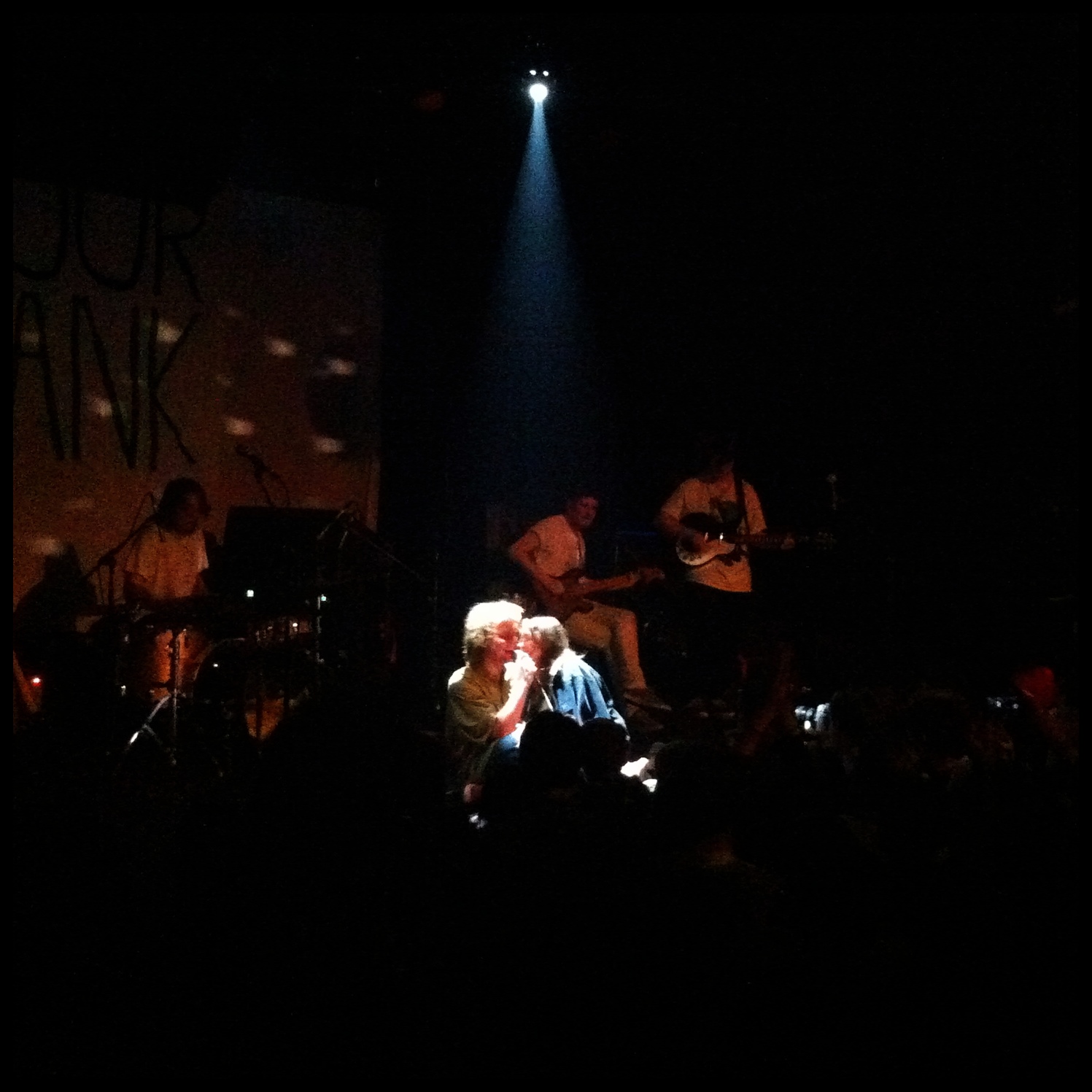 At the end of the show, Mac carried his girlfriend down from the balcony to the stage.  He confessed to the crowd how much he loves her and that the tour will keep them apart for the next 3 months.  They kissed and hugged while the crowd cheered them on.  Then Mac serenaded her under the spotlight while they sat on the front of the stage.  Everyone joined in on the high pitched choruses of "Still Together" as her eyes welled up with salty tears.  It made for a sweet and surprisingly intimate moment.  Of course, after a big smooch, he tossed her over his shoulder and danced around the stage while the band wailed away on an instrumental.  The joker can only reveal himself for so long. 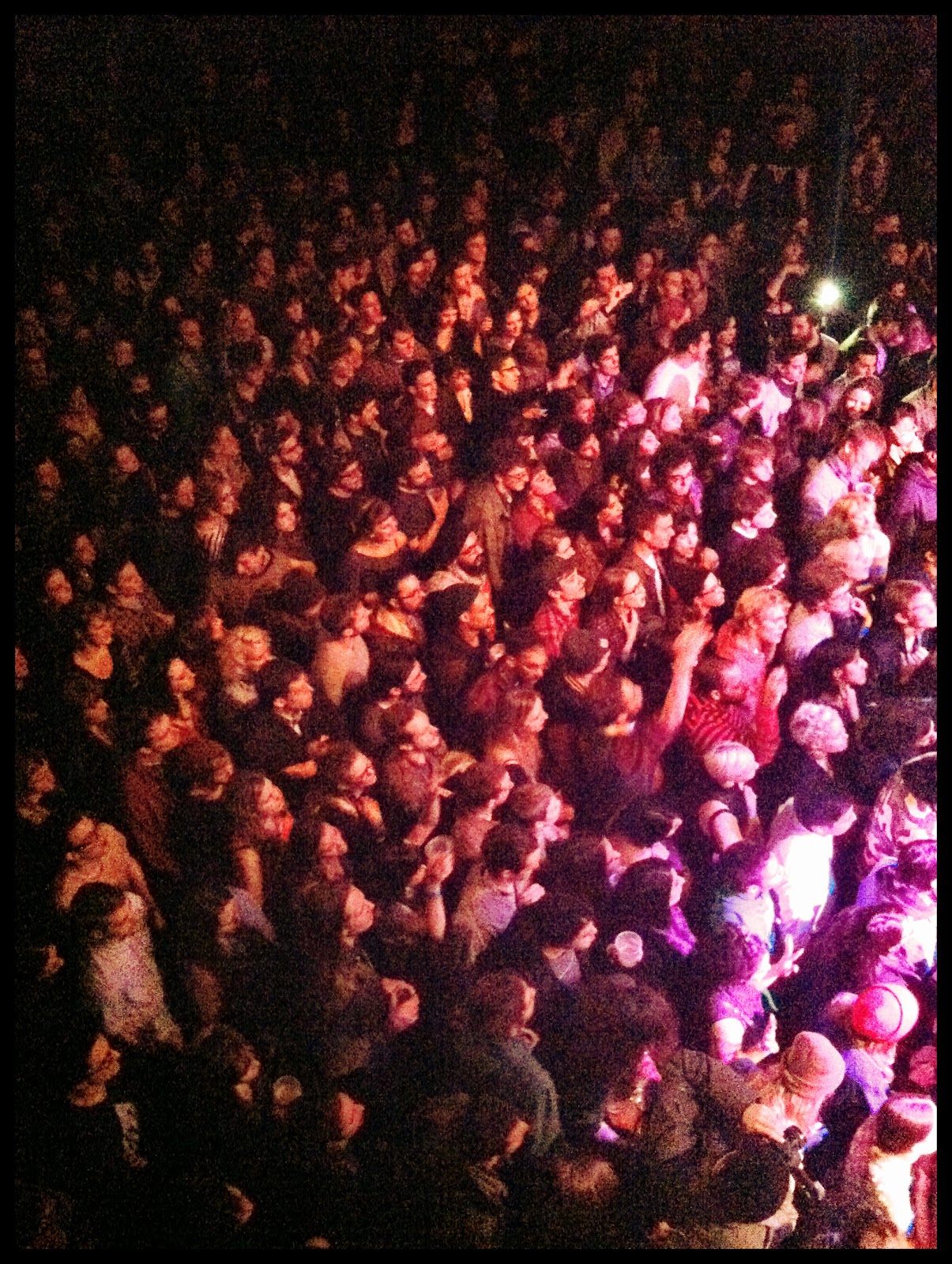 By the end of the night, Mac's girl wasn't the only one head over heels for him.  The line at the merch table stretched up the stairs and into the hall and everyone was smiling.

"Freaking Out the Neighborhood"