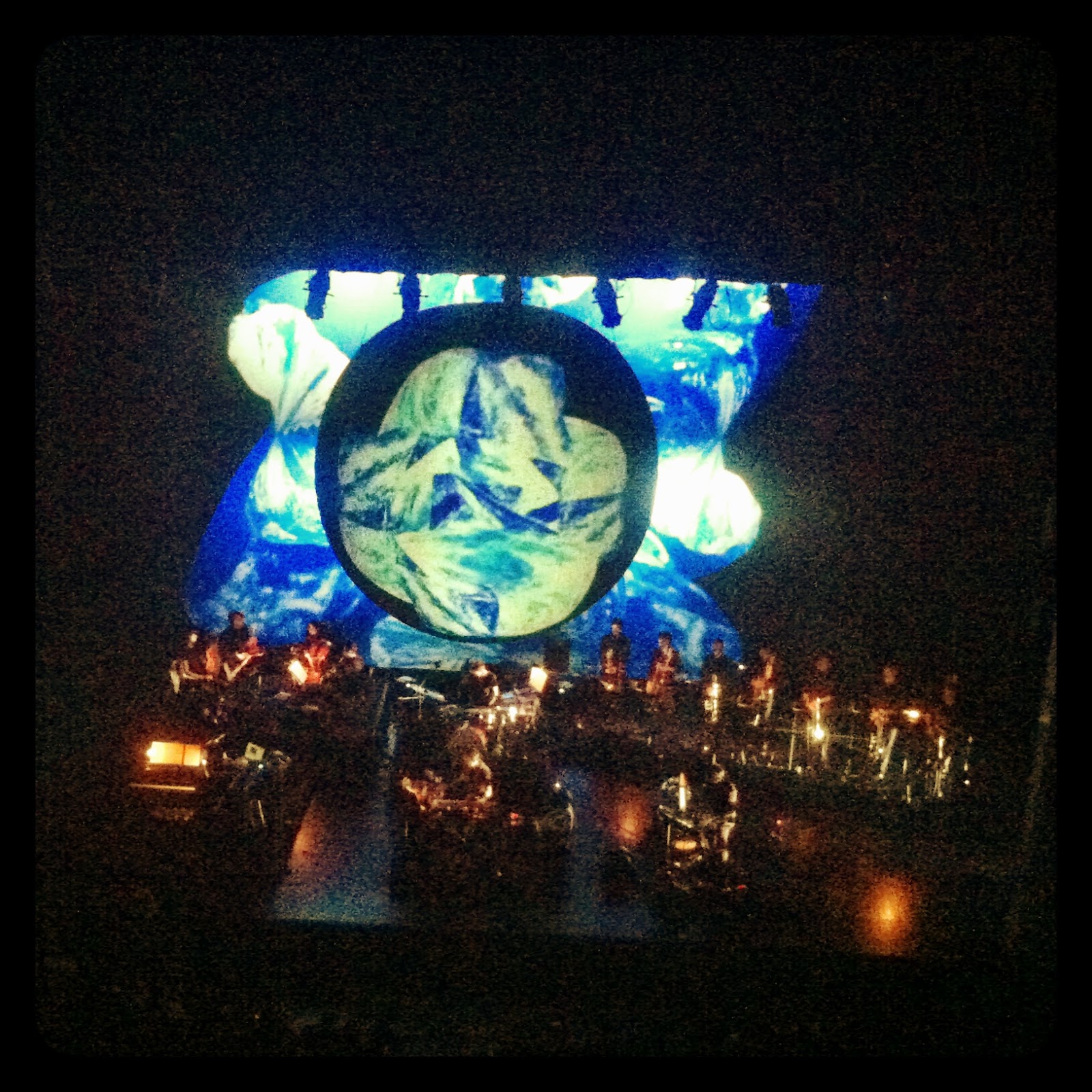 Jenny and I took a journey to outer space.  In fact, we took a tour of our entire solar system, even swinging by Pluto, poor guy:(  I know what you're thinking. "How?" "What was it like?!"  Well, we joined a packed crowd of Brooklynites at BAM and three musical geniuses took us.  We are happy to report that it's gorgeous out there!  Not only is there sound, but what you hear is heavenly!  The best part is that as the music crescendos, the light become increasingly spectacular.  And just when you think the ship is at full throttle, lasers blast out and your mind shifts to warp drive. 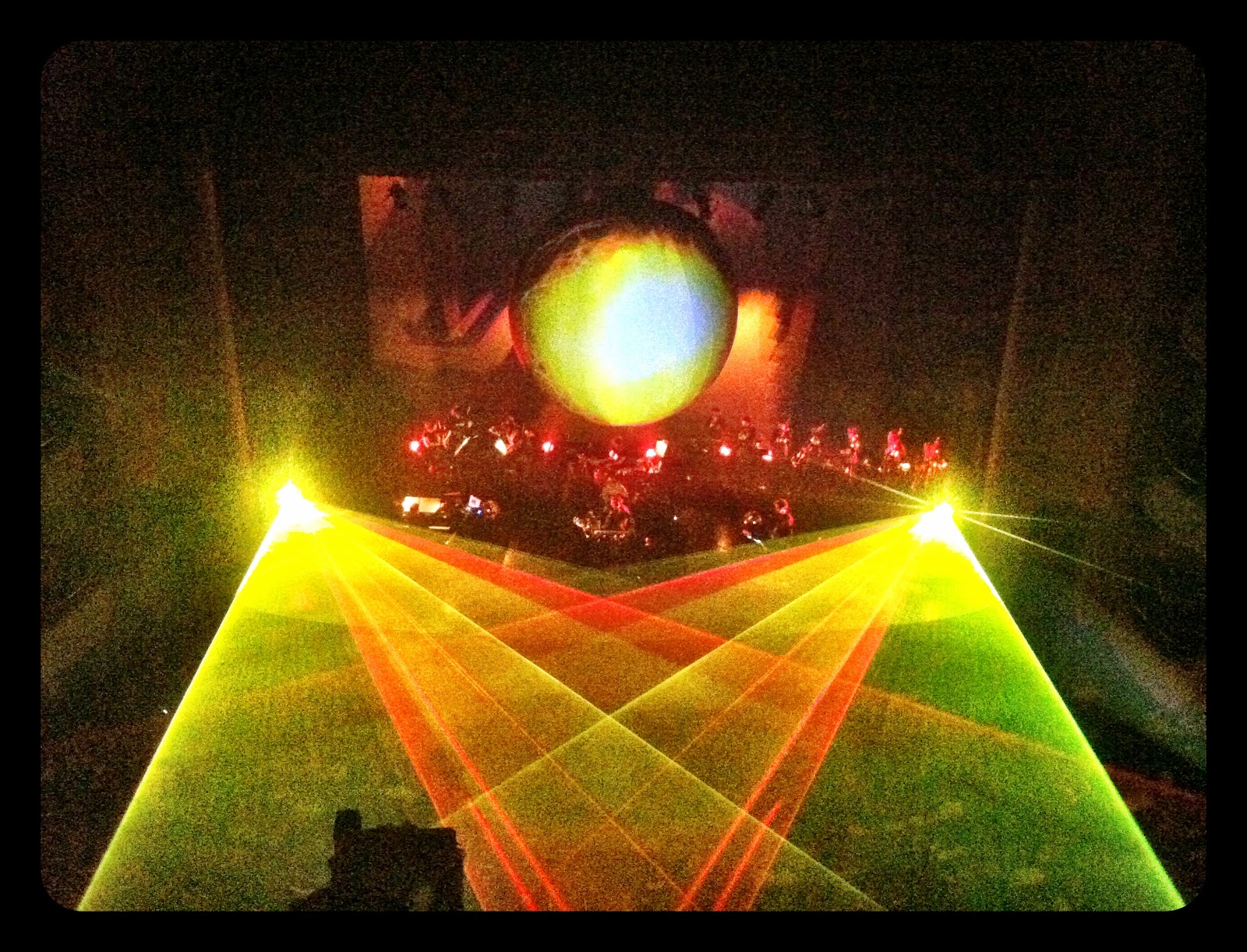 The captain of the ship was Sufjan Stevens.  He and his keyboards stood front and center of the bridge.  Nico Muhly, a contemporary classical composer with an impressive resume, set up starboard side.  The National's Bryce Dessner worked his guitar magic on the port side.  Behind them were one hell of a crew.  Under the giant orb's right side was a string quartet.  To the left there were seven trombonists in a row.  They've been taking this same journey for a year with people from all over the world and their experience showed.  It seemed effortless the way they bent time and space for the sell out crowd. 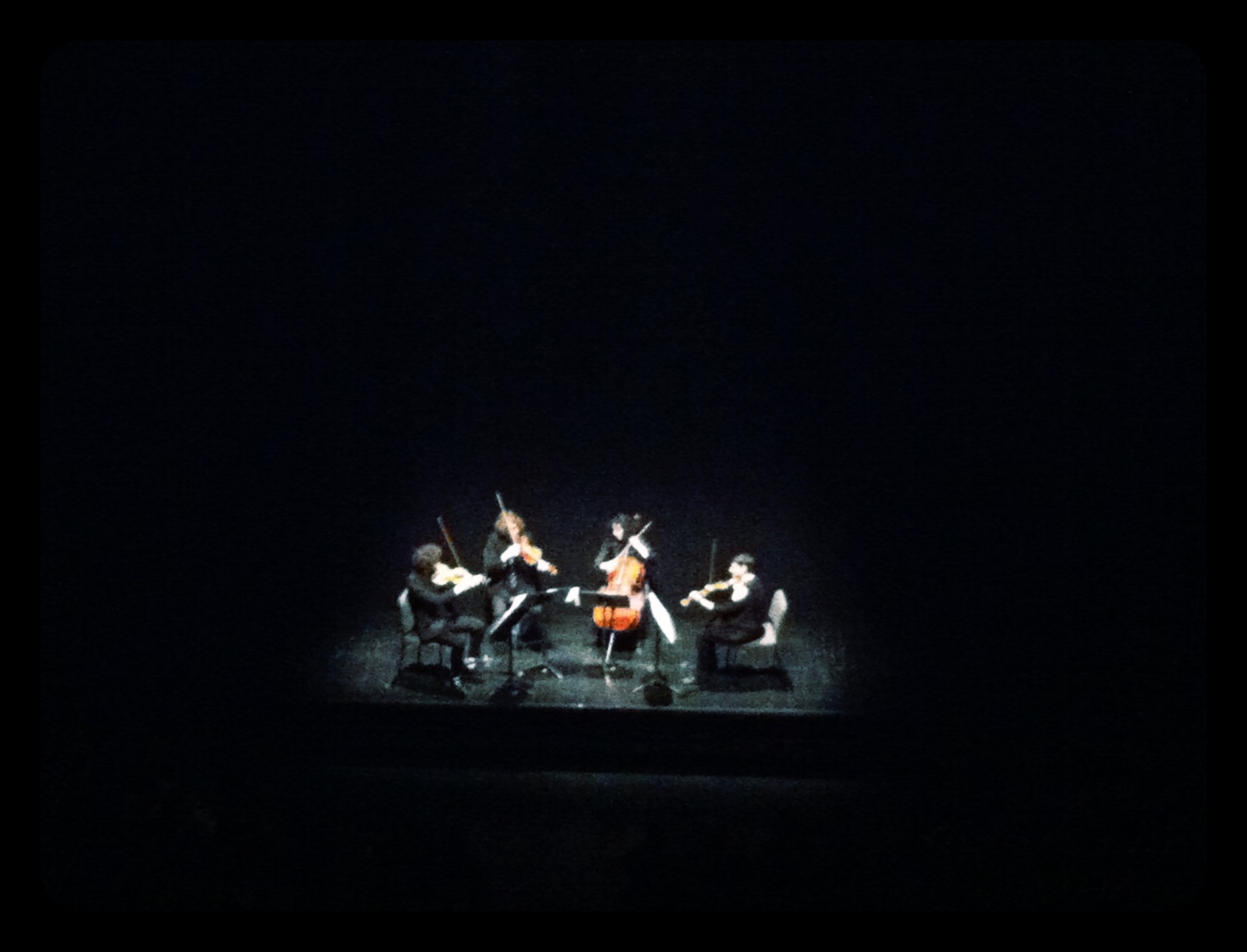 Their design was brilliant from the start.  The first half of the show, the string quartet played songs written and arranged by each of the three composers who hadn't yet appeared.  The alluring music was evoked under the light of a single spotlight, soothing the senses and cleansing the palate for us overstimulated urbanites.  Most of the selections were listened to with closed eyes by the audience, or at least that's what I sensed (my eyes were closed).  But, in the second half?  Liftoff. 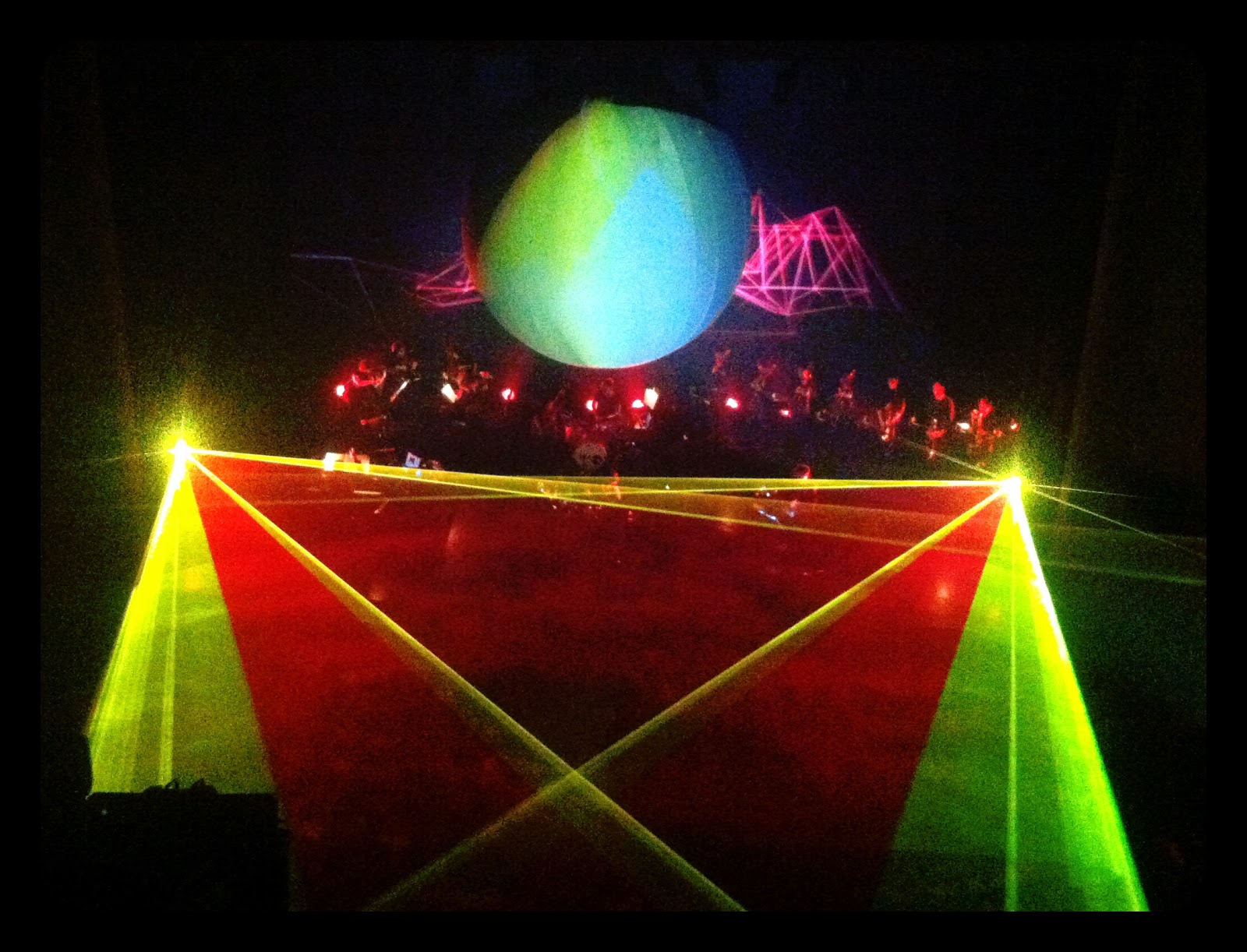 Projections on the enormous orb, richly colored lasers, choreographed intelligent lighting and one cosmic tune after another kept everyone weightless for an hour.  When I'd chosen our seats months ago, something told me front row, center balcony was the way to go.  My hunch was accurate.  Peering over the brass rail in front of us, I felt like Zeus himself, gazing at the Aurora Borealis from a seat in the sky.  But all journeys come to end, and ours concluded when house lights broke the spell.  Gravity's grip returned and a B38 bus whisked us home.  Neil Armstrong once said, "I put up my thumb and it blotted out the earth."  I can now say the same.