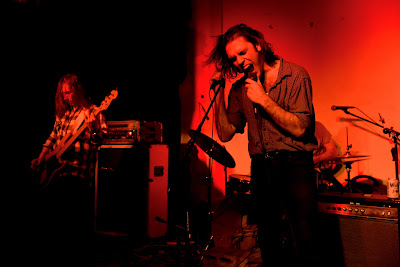 Bambara is a noise post-punk group from Brooklyn by way of Athens.  While their music conjures up bands like Swans, Place To Bury Strangers, Liars and Jesus Lizard, Bambara has created something new and unique.  The trio has lived, rehearsed and recorded together in a Bushwick basement studio since 2011, forging a bond that has certainly benefited their live show.  The trio played a blistering seven-song set at an album-release show at Palisades.  The set consisted mostly of new material from their upcoming LP, Swarm.  If this performance was any indication, we are looking at a breakthrough album. 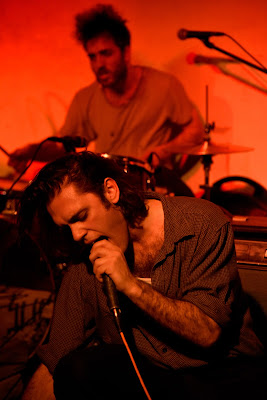 From the opening notes, it was apparent that Bambara is the real deal.  The songs were tight and the trio worked in unison to sculpt dark and driving rock and roll with industrial undertones.  Twins normally have a strong connection, and Blaze and Reid Bateh demonstrated their bond from the get-go.  Blaze's thunderous drumming set the pace and formed the musical backbone.  Reid sang, shouted and growled while playing guitar.  The bassist William Brookshire fit in perfectly with heavy, frenetic strumming.  Reid set the tone before some songs by strumming or singing notes that he looped and distorted using a slew of effects pedals.  The sounds added layers of depth and darkness. 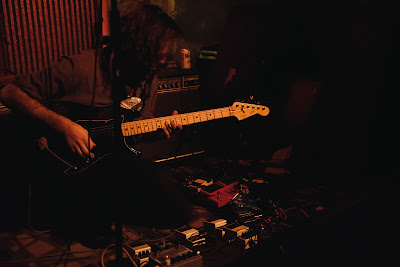 There were several highlights.  "All the Same," from 2013's Dreamviolence, began with Reid manipulating repeated shouts into the mic.  The cacophony slowly built up and got louder.  A few guitar chords cut in, then came cymbals as Reid exhaled an "Ah ah ahhhh," sounding as if he were sitting in a cave.  The trio broke into a relentless fury of sound.  Then came a calm before the storm before the actual storm -- the band exploded into pure catharsis.  They then broke down into a beautiful, shoegazy second half of the song, like a pleasant comedown from a high. 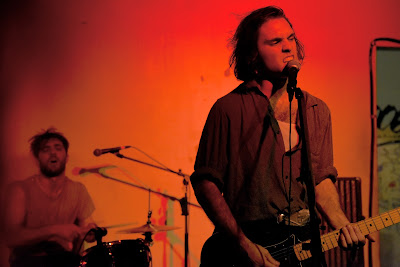 Against a background of wavering, droning chimes,  "An Ill Son" was a straight-ahead rock song with a twang -- rockabilly for the soulless.  As Reid crooned, "Your skull made all the skin on your face shine," the trio pushed towards a crescendo of noisy melody.  On "All the Ugly Things," the band shot out of the gates like a race car, but they skipped zero and started at 60.  Reid's singing was urgent and anguished, a la Spencer Moody of the Murder City Devils. 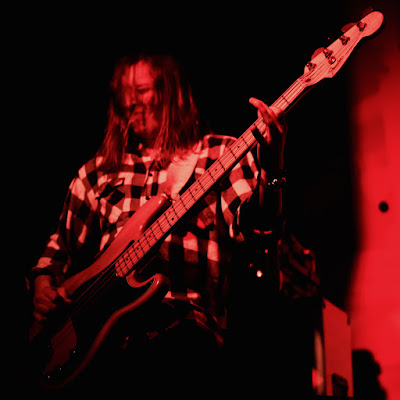 After this set, I'm really looking forward to the new album, due out on March 4.
Set List:
Her Sister Touya
Filled Up with Night
All The Same
An Ill Son
Stop
All The Ugly Things
I Don't Mind 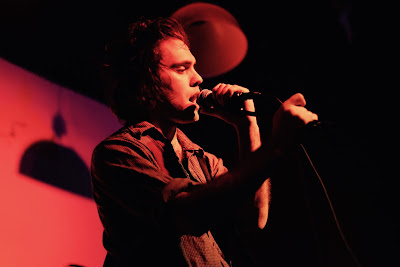 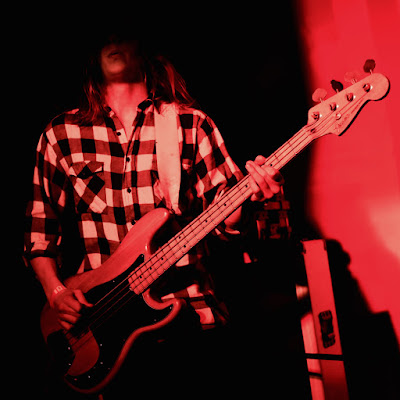 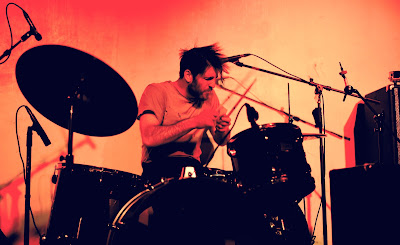 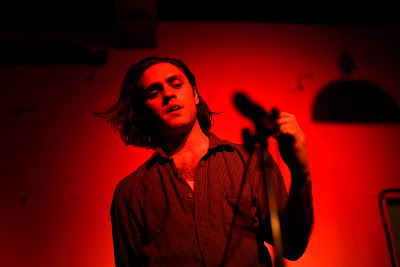 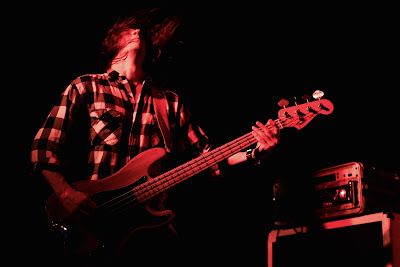 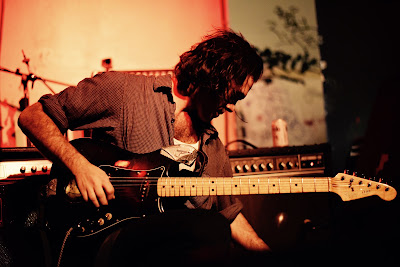 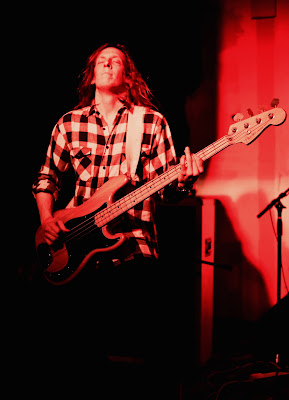 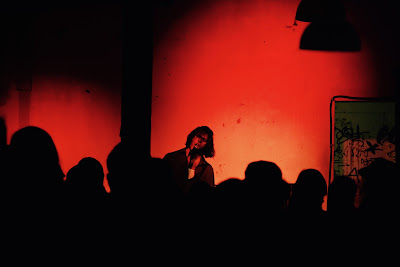 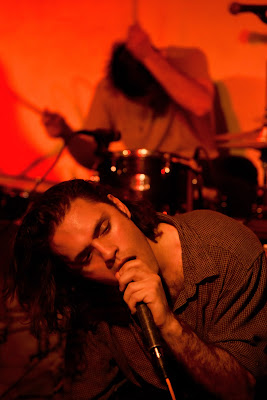 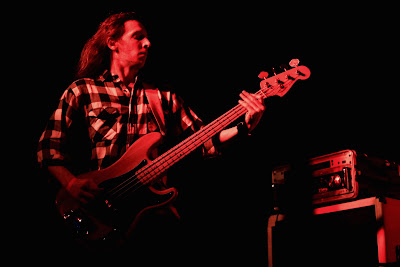 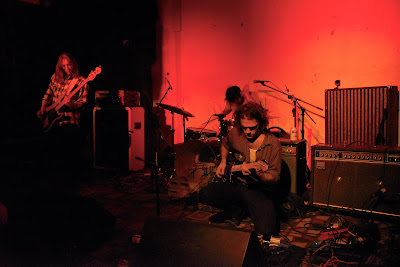 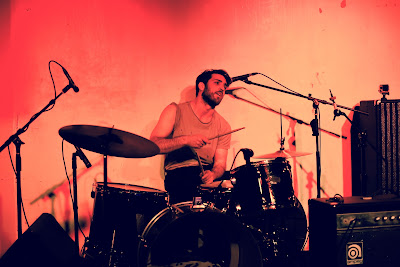 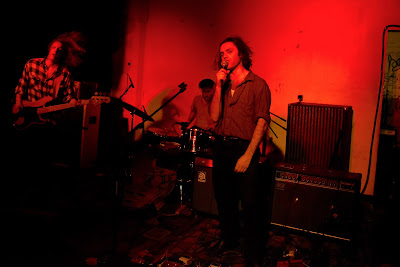 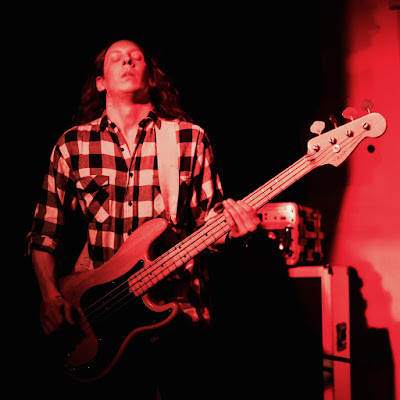 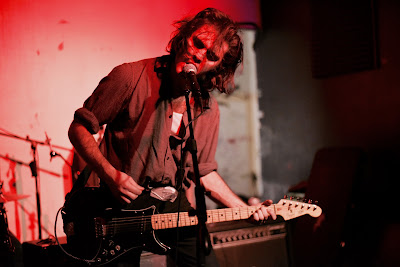 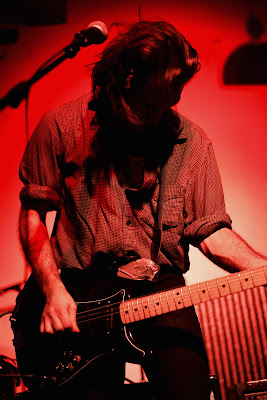 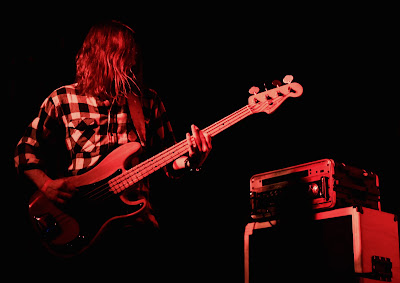 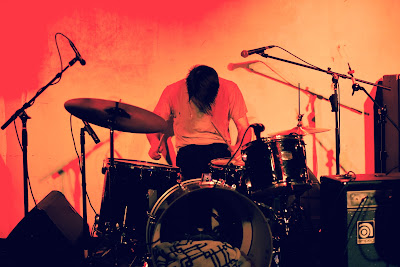 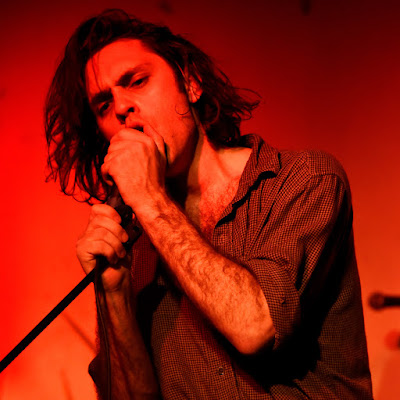