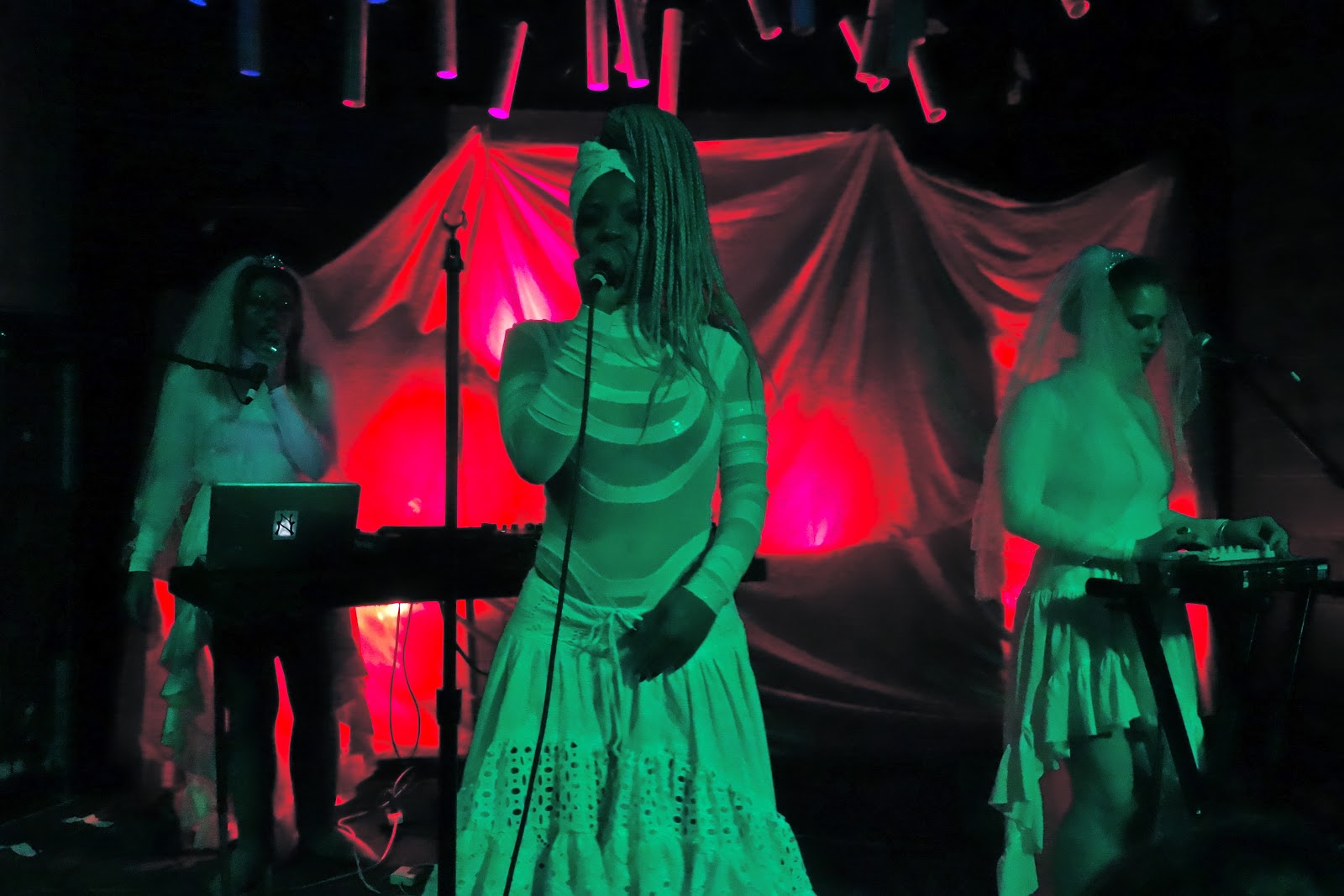 Though she's been around for awhile, chances are you've never heard of Tiombe Lockhart.  From 2008 to 2012 she was the voice of Cubic Zirconia, a club funk trio whose album "Follow Your Heart" was released by Fool's Gold in 2011.  Short on hits and long on mediocrity, they failed to generate much of a buzz.  Now, Ms. Lockhart is striking out on her own.
One of her latest singles, "Can't Get Enough", was produced by her talented friend Hudson Mohawke of TNGHT.  Check it out below:

I watched it a couple weeks ago and dug it immediately.  Fun video, right?  Then, I watched this one:

Again, I was feeling her.  Bit of a Jody Watley sound and the video had me kind of mesmerized.  Gave this one a spin next:

Well done again.  Simple song, but the video's pretty genius.  I decided to scoop a ticket to see her at Glasslands for what was billed as her "Single Release Party". 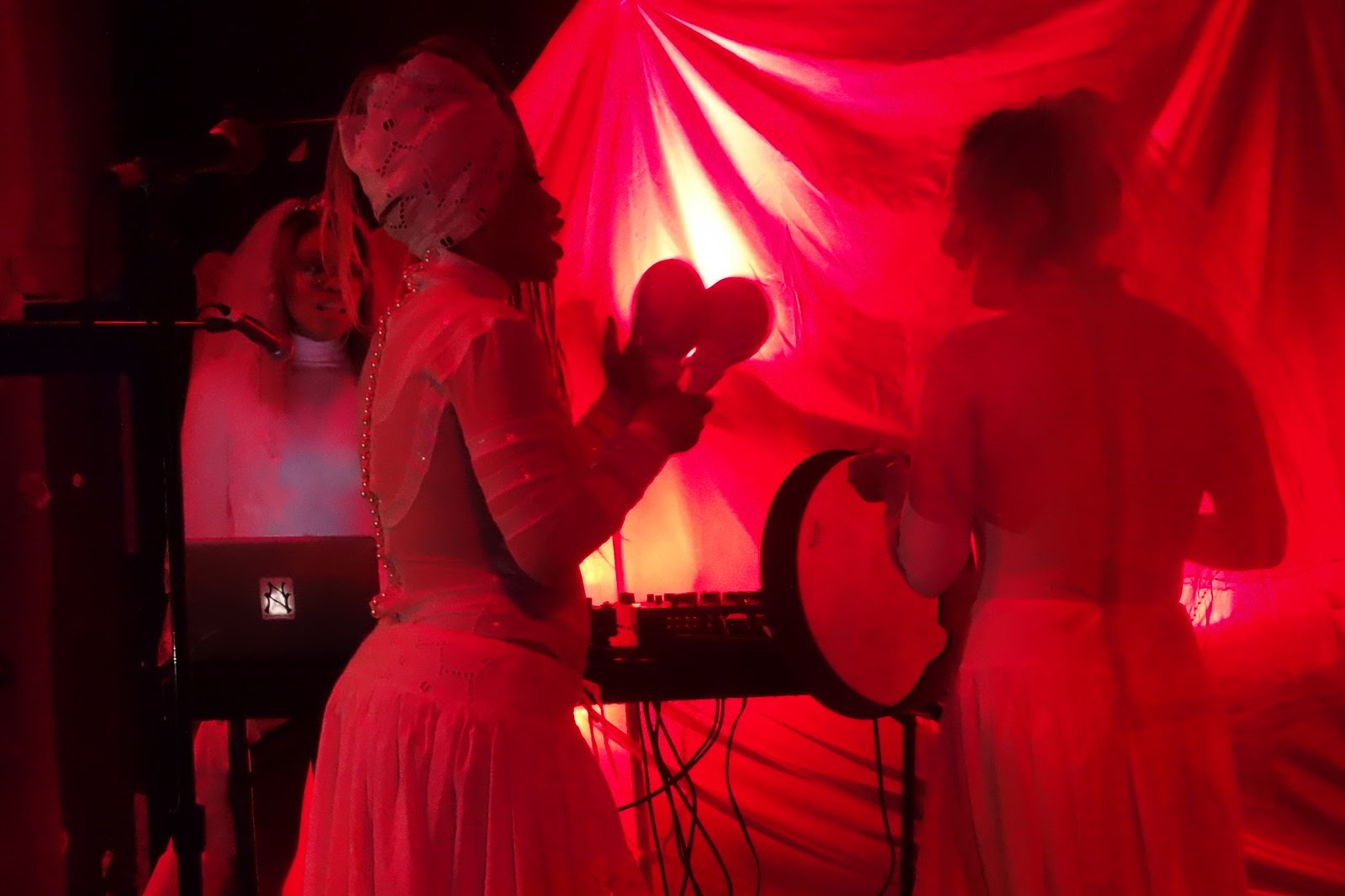 Tiombe kicked things off in dramatic fashion by following her band mates in a small procession from the back while they banged drums and shook maracas.  All three ladies were barefoot and decked out in white as if attending a laid back beach wedding.  The crowd gave shouts of encouragement and seemed poised for a great time.  Three songs later, the show was over.  Actual and factual.  Tiombe's set lasted less than 15 minutes.  Now, she did say at one point she was under the weather, but unless she had a case of the measles that seem to be going around, it was a lame excuse for such an insultingly short performance.  When she thanked the crowd and walked off after "Can't Get Enough" it was obvious I wasn't the only one feeling shortchanged.  Can't get enough?  More like didn't get enough.  Ba-dum-tsss  Ugh. Beef up that live repertoire, Tiombe. 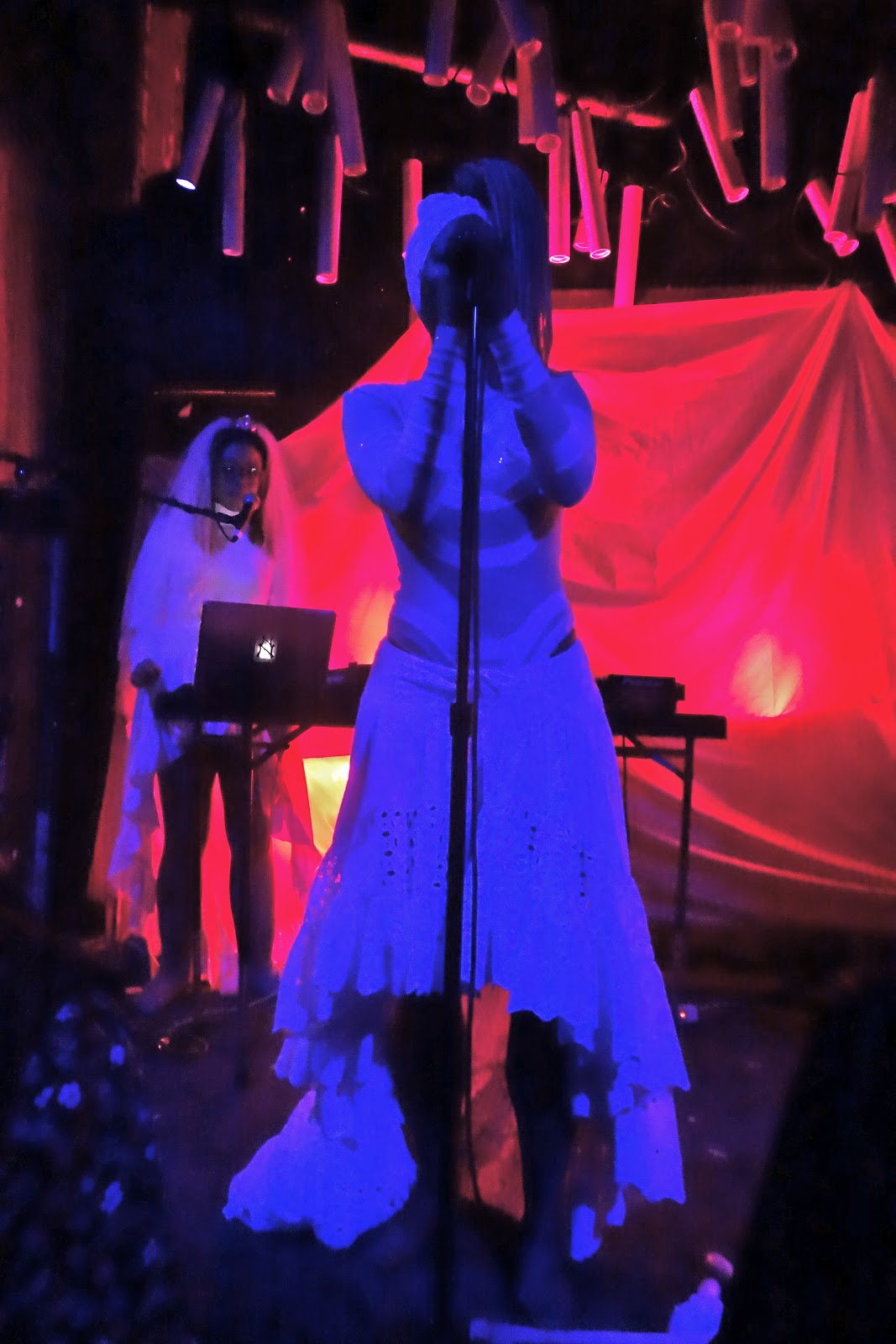 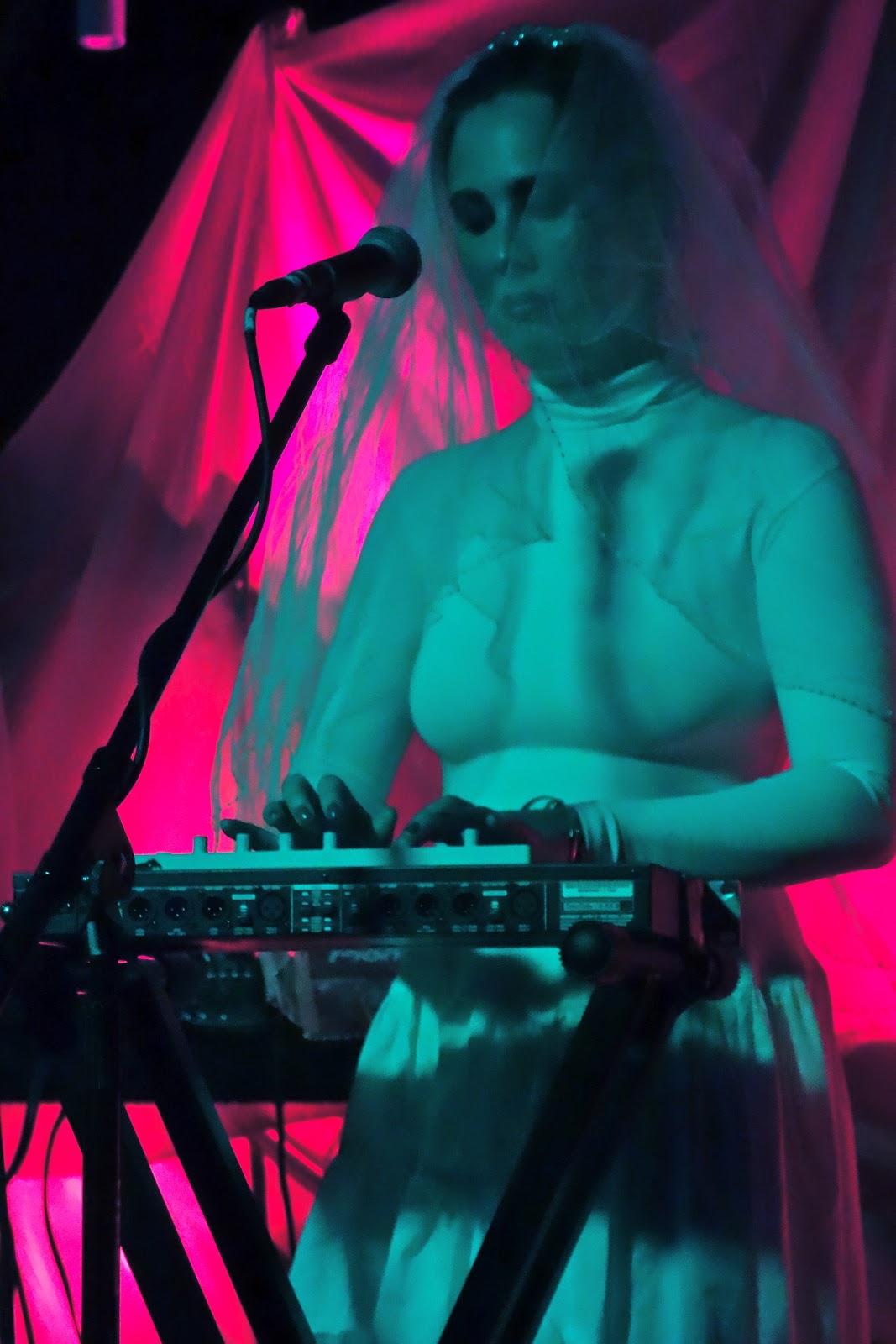 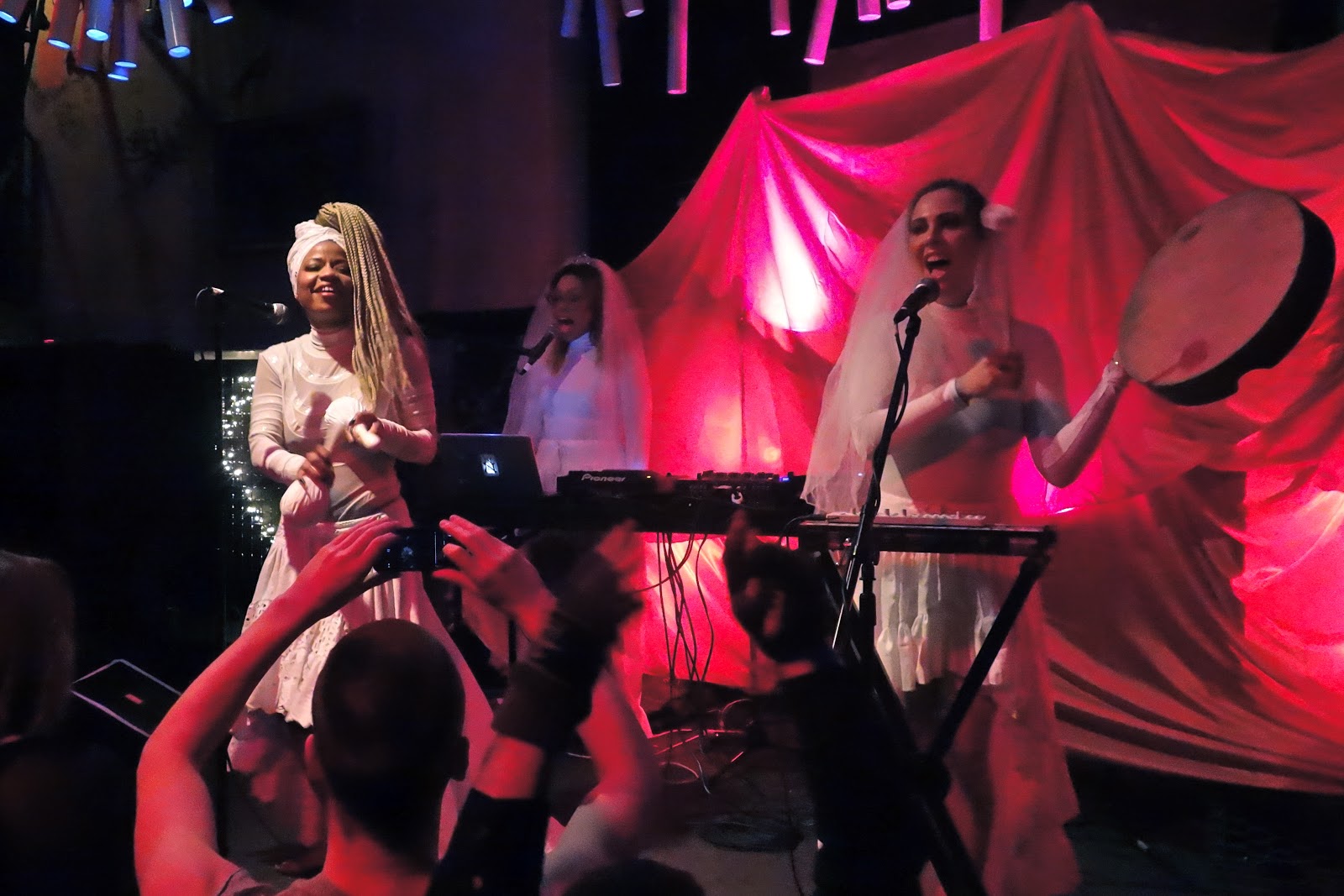