I had high hopes when I arrived at the Knitting Factory for this night of music.  6 bands in one night, all under the Panache umbrella, seemed a lock for both quantity and quality.  Panache, based in Brooklyn, is home to some of my favorite music including Ty Segall, The Men, and Mac DeMarco.  The $10 price tag had me feeling like a thief.  Unfortunately, the acts I saw had one frustrating theme.  They all fell just short of great.  Every act was really good, but not one checked all the boxes.  Worth $10?  Absolutely.  Lot of potential?  Without a doubt.  Good time?  Yup.  I was there from Slim Twig's set to a handful of people at 8 til Yamantaka/Sonic Titan took the stage for a packed house at 1 o clock in the morning.  Here's the run down. 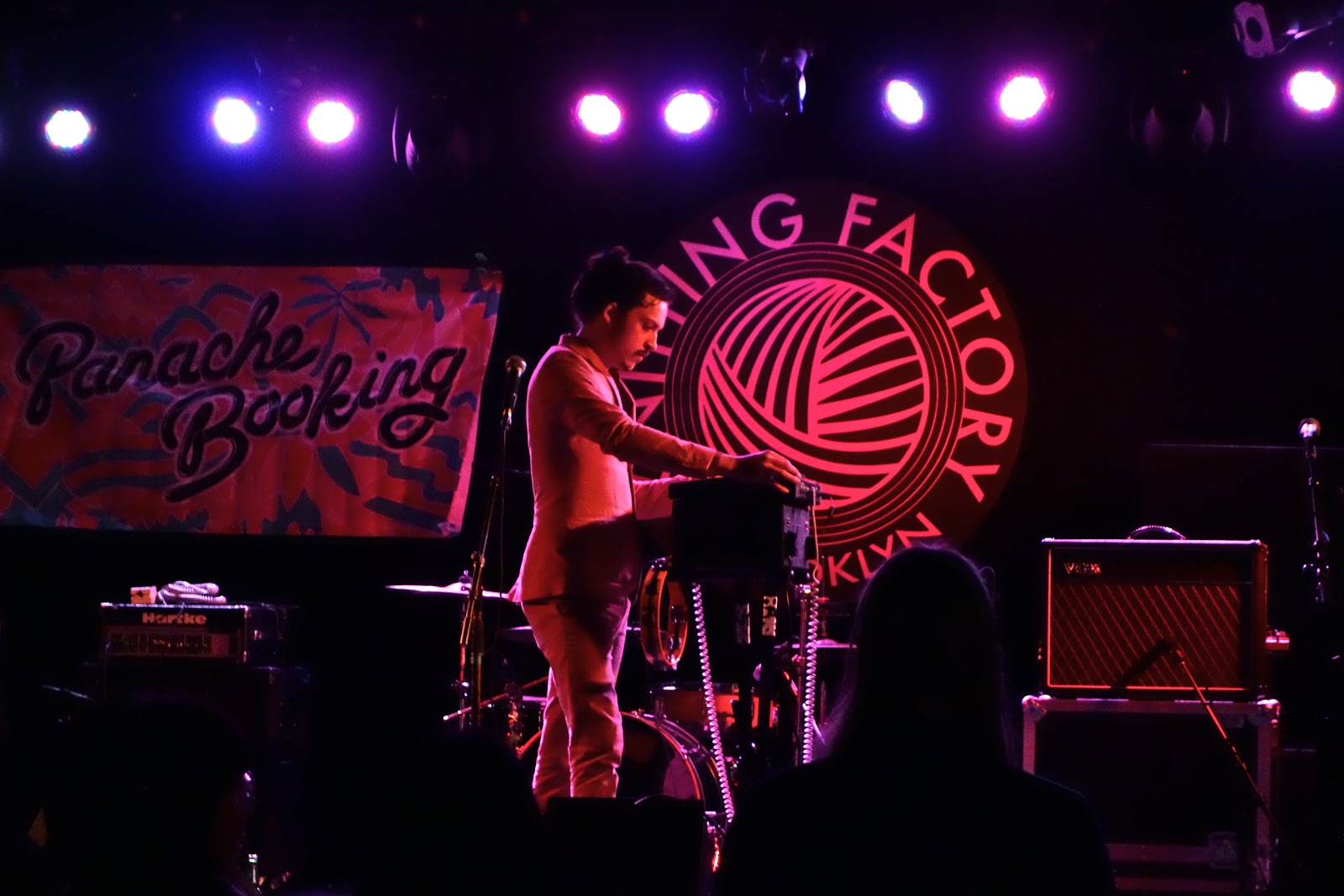 Toronto's Slim Twig is a one man music machine.  Adventurous and unique, his songs captivated me from the get go.  There was a psychedelic, Serge Gainsbourgian vibe to his best stuff and he kept you guessing where he'd wander next.  The problem, for me, came when he'd dig in behind his equipment and "sing" in a monotone drone with the microphone practically lodged in his throat.  At times it worked, but more often than not it became a garnish that spoiled the dish.  Soooo close to greatness.  Just missed by a vocal cord. 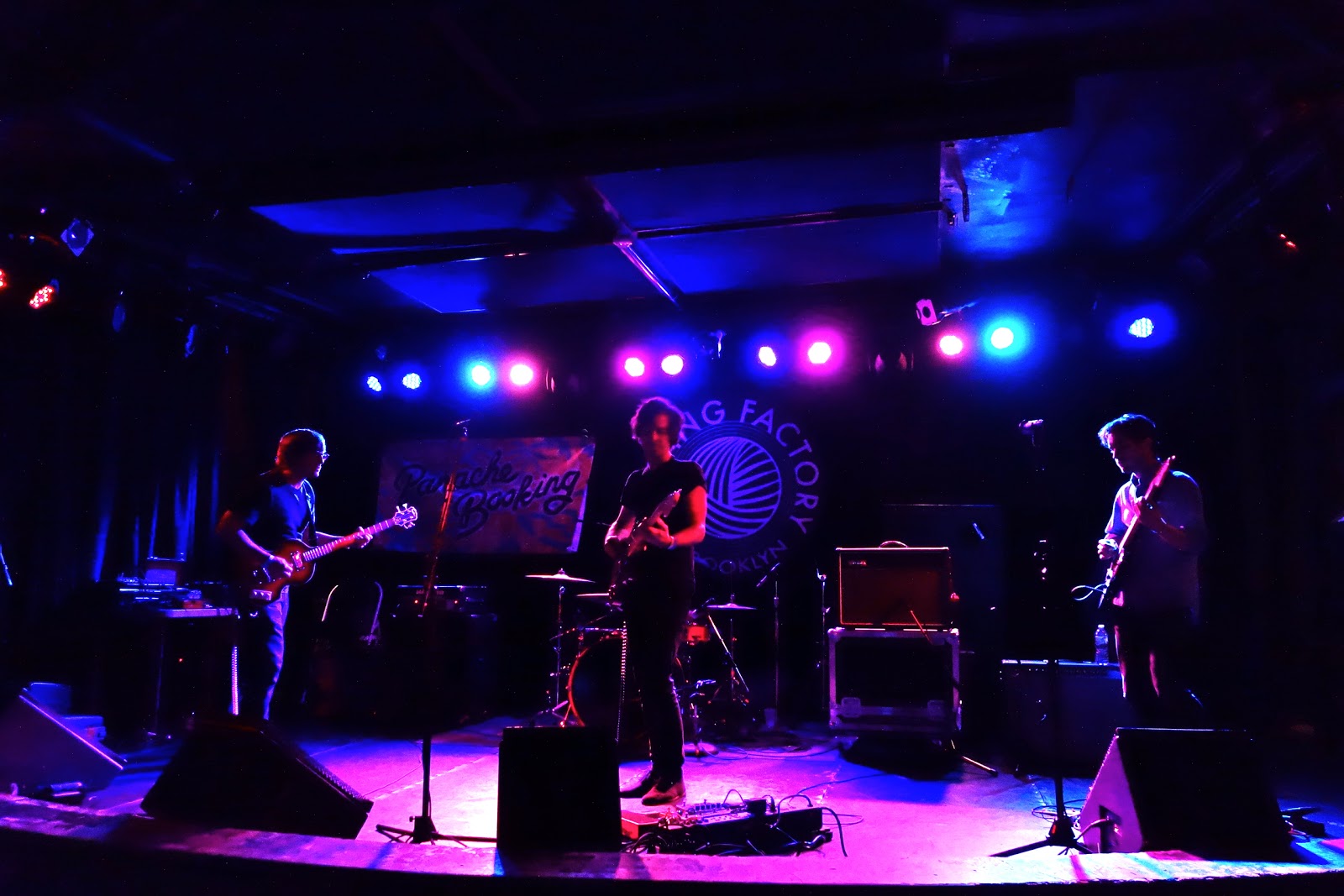 Arp's leader, Alexis Georgopoulus, likes to paint with different colors of pop music.  Therefore, it's hard to pin down the sound of his band.  Arp's best moments of the night were when they cranked up the amps, went instrumental, and built from a simmer to a boil.  The small crowd got moving when they did that.  Heck, I even gave out a belly yell a few times.

This was the lone act I failed to catch from beginning to end.  My greasy grandma slice at La Bella Mariella took longer to scarf down than expected.  With the taste of parmesan and oregano still mingling in my mouth, I managed to hear half a song from Meghan Remy, aka U.S. Girls.  It did nothing for me.  After coming home and checking out her latest release on Bandcamp however, I'm a little disappointed I left for that slice.  She's got a cool sound.  Oh well.  It's not the first time my stomach's got in the way. 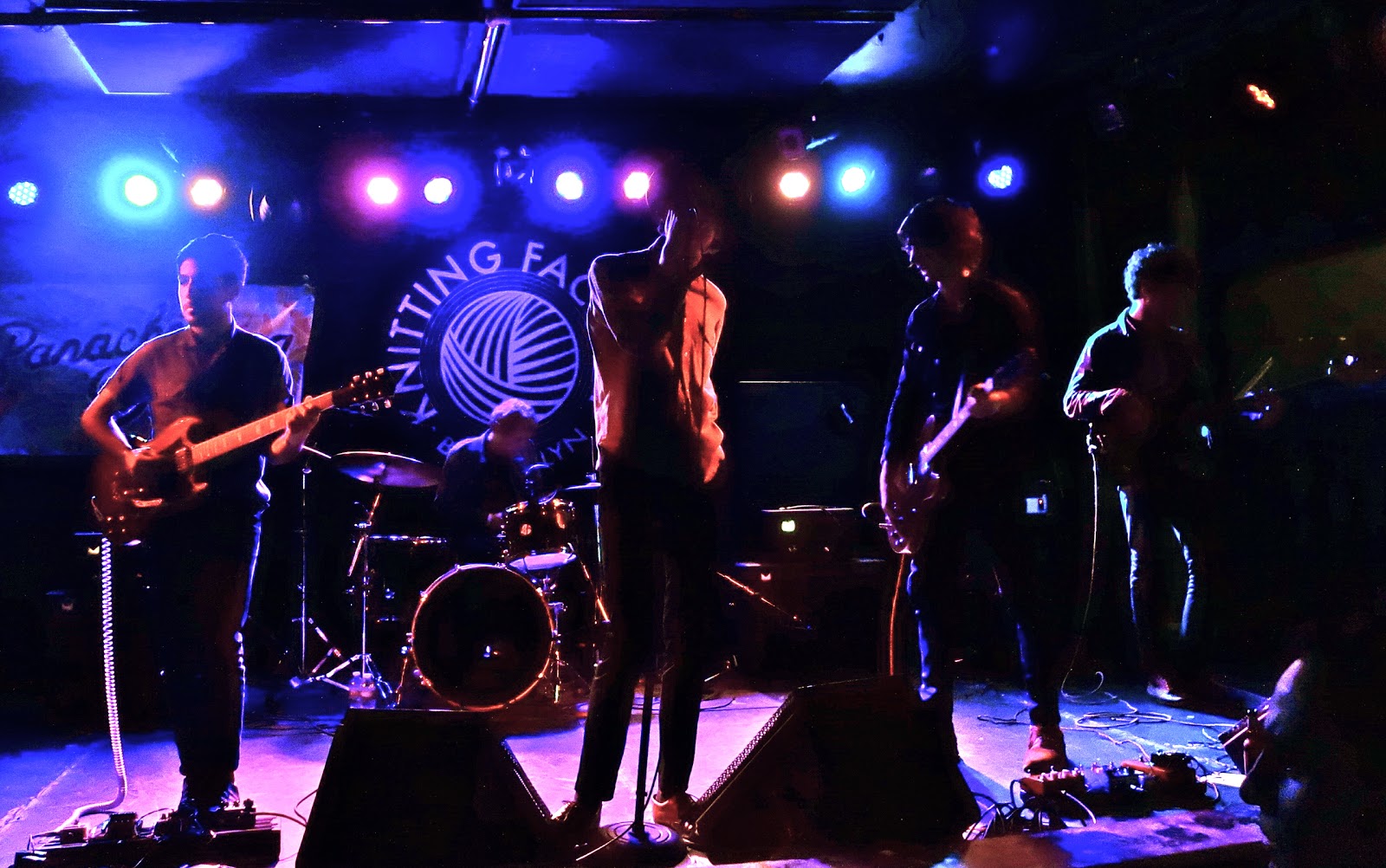 Keeping with the night's developing theme, Saint Rich were damn good.  I mean, they drew me right up to the front.  Their sound had a bit of 70s Rod Stewart mixed with Black Crowes/early Wilco.  At least that's what I heard.  The guitarist, Christian Peslak, had me in awe.  Seriously, dude could play.  So fluid.  So soulful.  I can't remember the last time I camped out in front of a guitarist to really focus on what he was doing.  Mr. Peslak held my attention right up to the end of their set.  What fell short then?  For me, it was the singer.  He didn't have a bad voice.  Not at all.  He had a solid stage presence, worked the crowd nicely, and came off as a great guy, just not a great singer.  While the band served up top shelf rock, his vocals just lacked personality.  It only came together for them on a couple songs. 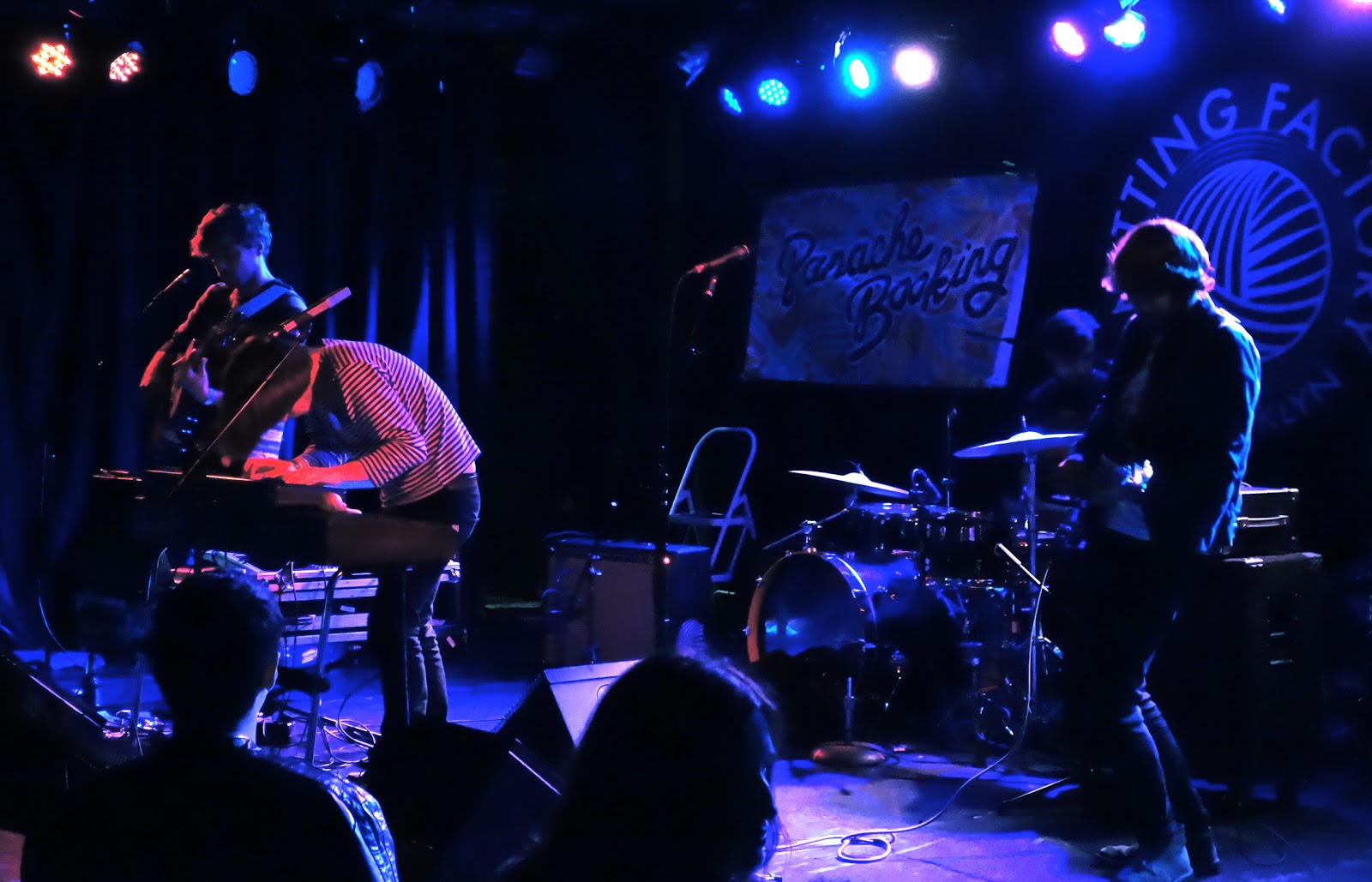 Jacco Gardner from the Netherlands sounds like he's no stranger to psilocybin, but his psychedelic baroque pop left me feeling like the only square who didn't nosh on a cap and a couple stems.  I felt a little funny at times, but they never really kicked in.  For me, they sounded a bit like a paint by numbers band.  All the colors were there and painted in the correct places, but somehow they just didn't add up to what they were emulating.  With a bit more improvisation and exploration, he may find the right chemistry, but Jacco's still got some work to do in the lab. 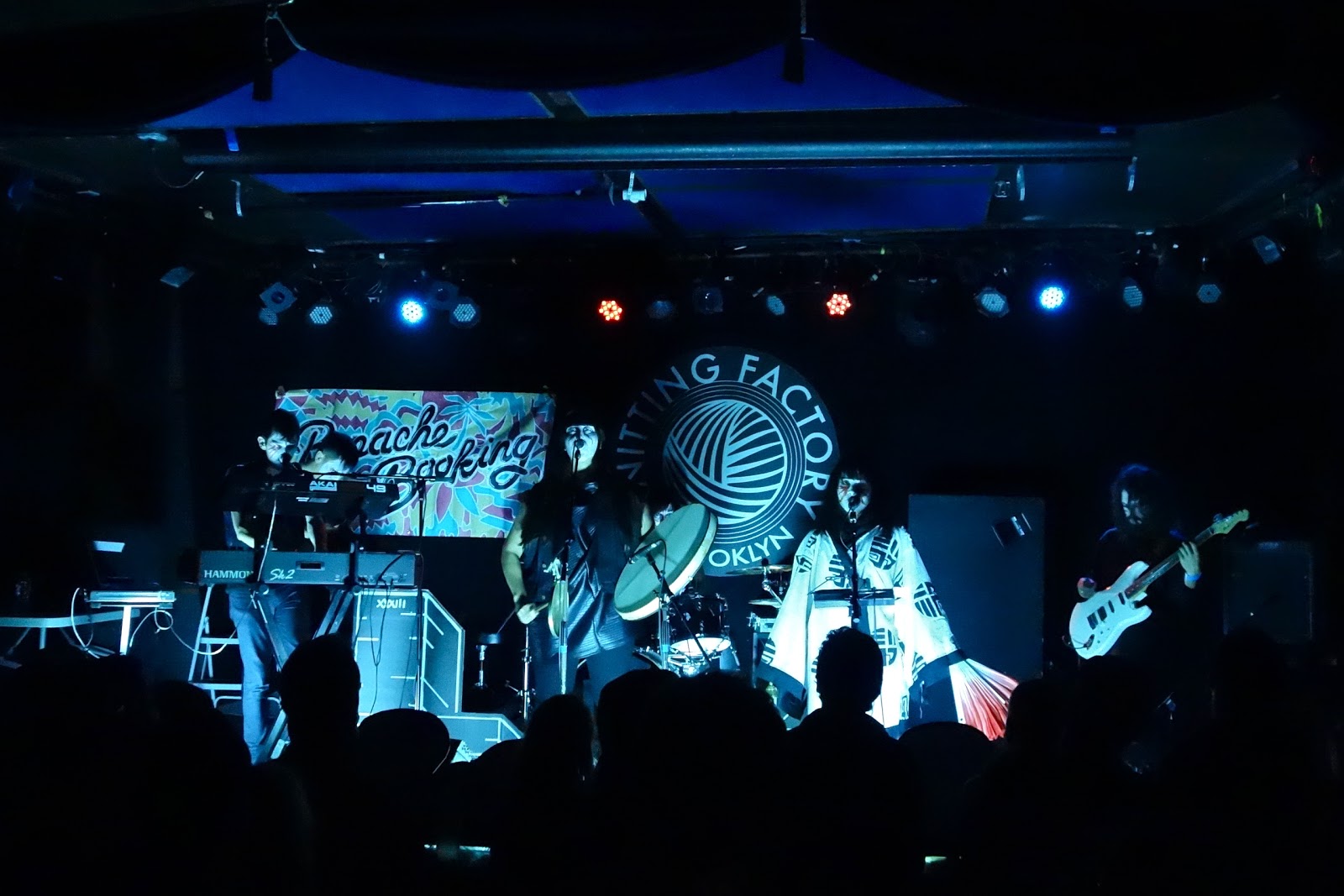 These guys were the reason I'd dropped a Hamilton on tickets back in August.  Asian Canadian prog rock/heavy metal in Kabuki makeup isn't something that comes through town often.  And these guys aren't a novelty act, they're the real deal.  Their sound is fresh, as is their desire to create an event.  Most bands these days pride themselves on taking the stage looking no different from the audience.  As a child of the 80s and admitted lover of hair metal, I couldn't wait to see some makeup on stage.  Not only did every member appear to be bleeding from their eyes, they had black clouds as stage props and floor lighting for added drama.  All the elements were in place for a mind blowing set.  What burst the bubble?  The mixing board. Aaaah! Soooo frustrating.  The vocals were too high, the drums were too low, and the guitarist was buried under the keys.  I could tell the individual pieces were being played/sung perfectly, they were just out of balance.  It's likely the sound guys were just shot after hours of music and I'm guessing Yamantaka/Sonic Titan are tough to EQ live.  The cause is unknown, but the effect was pronounced.  A killer band was slayed by bad sound.  The packed house drained like water from a soaking tub when the stopper's pulled.  Even I, a fan, left before they finished their set.  Again, something potentially great fell short.

Scroll down for more photos of the night.  And scroll even further to watch some videos. 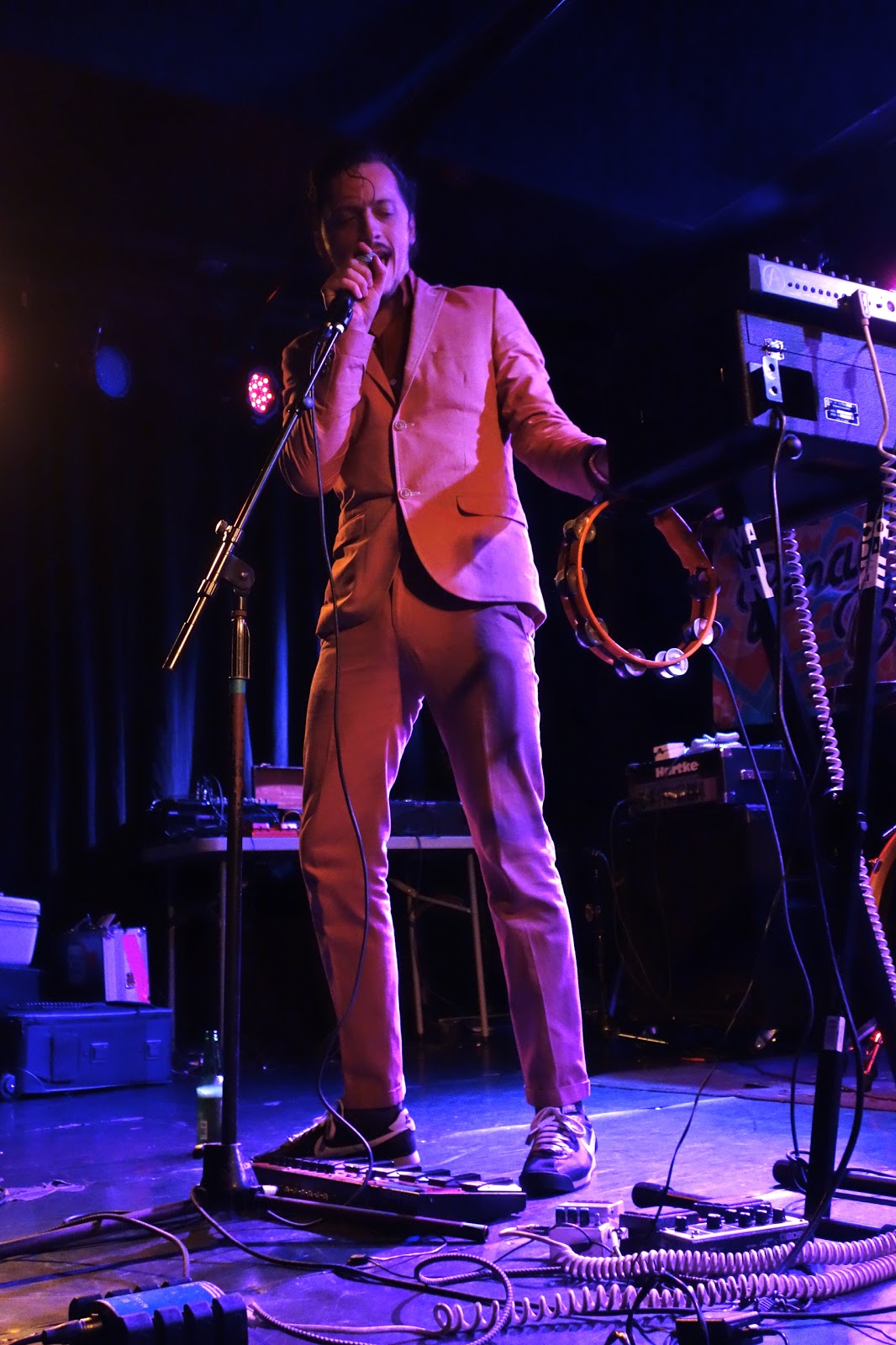 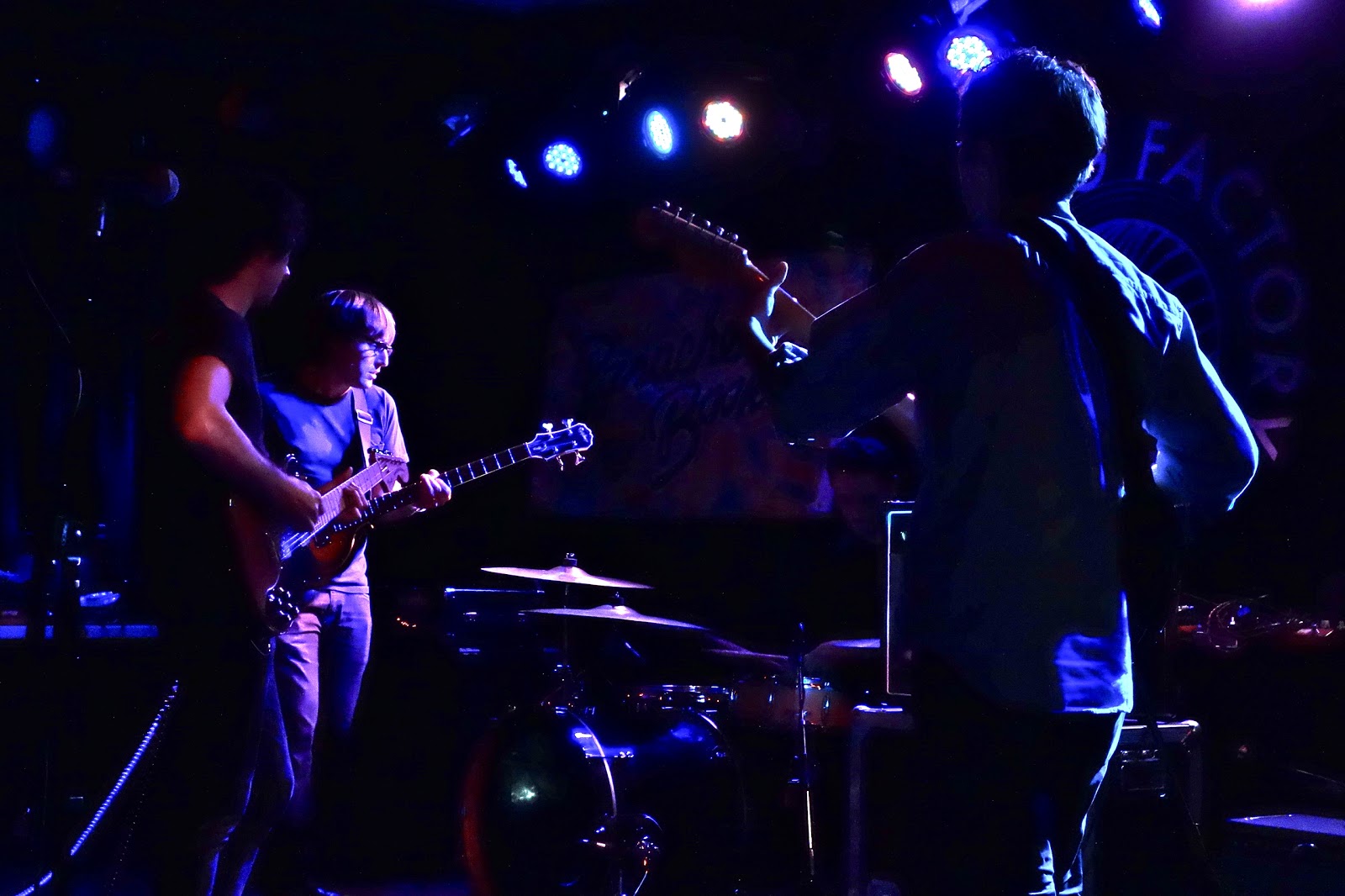 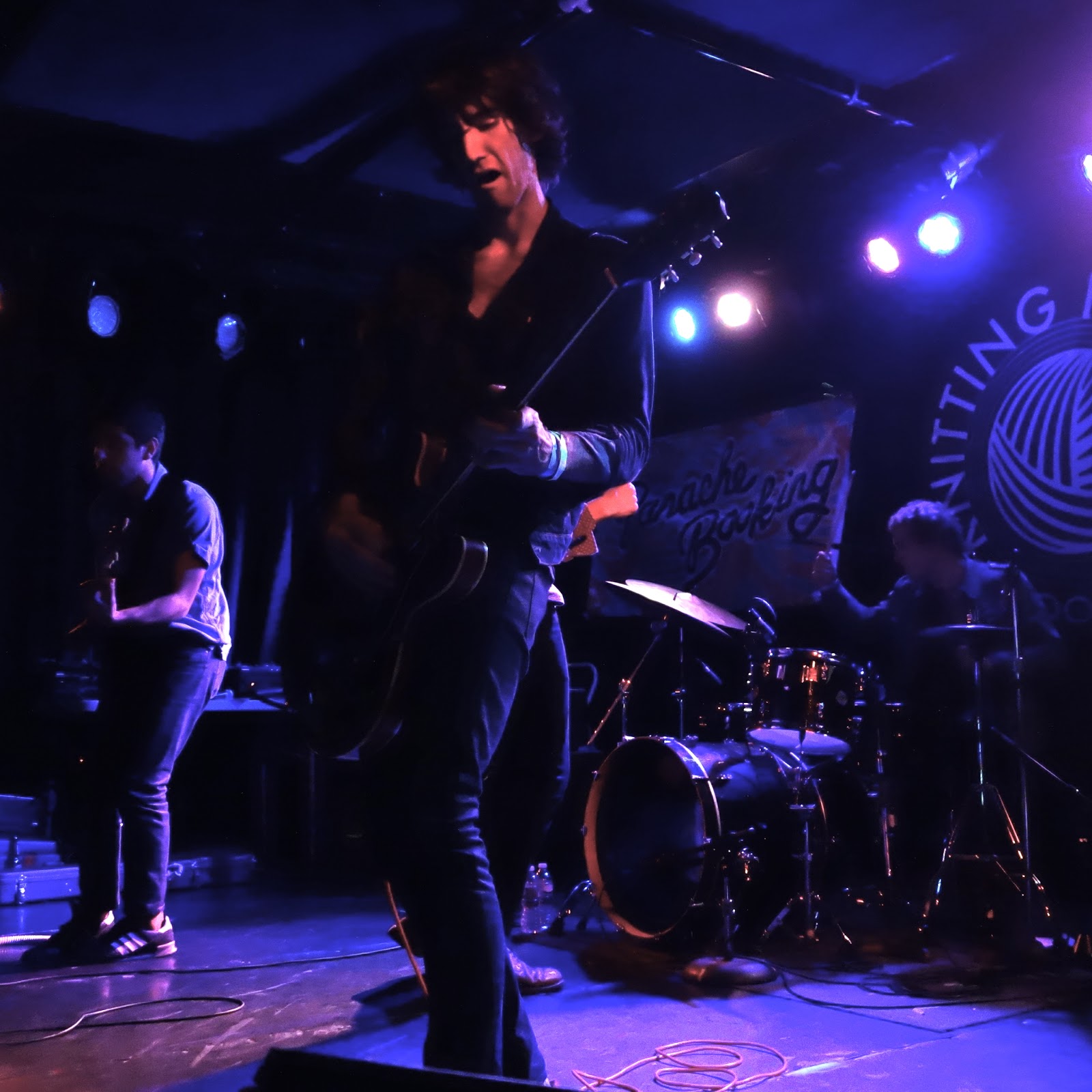 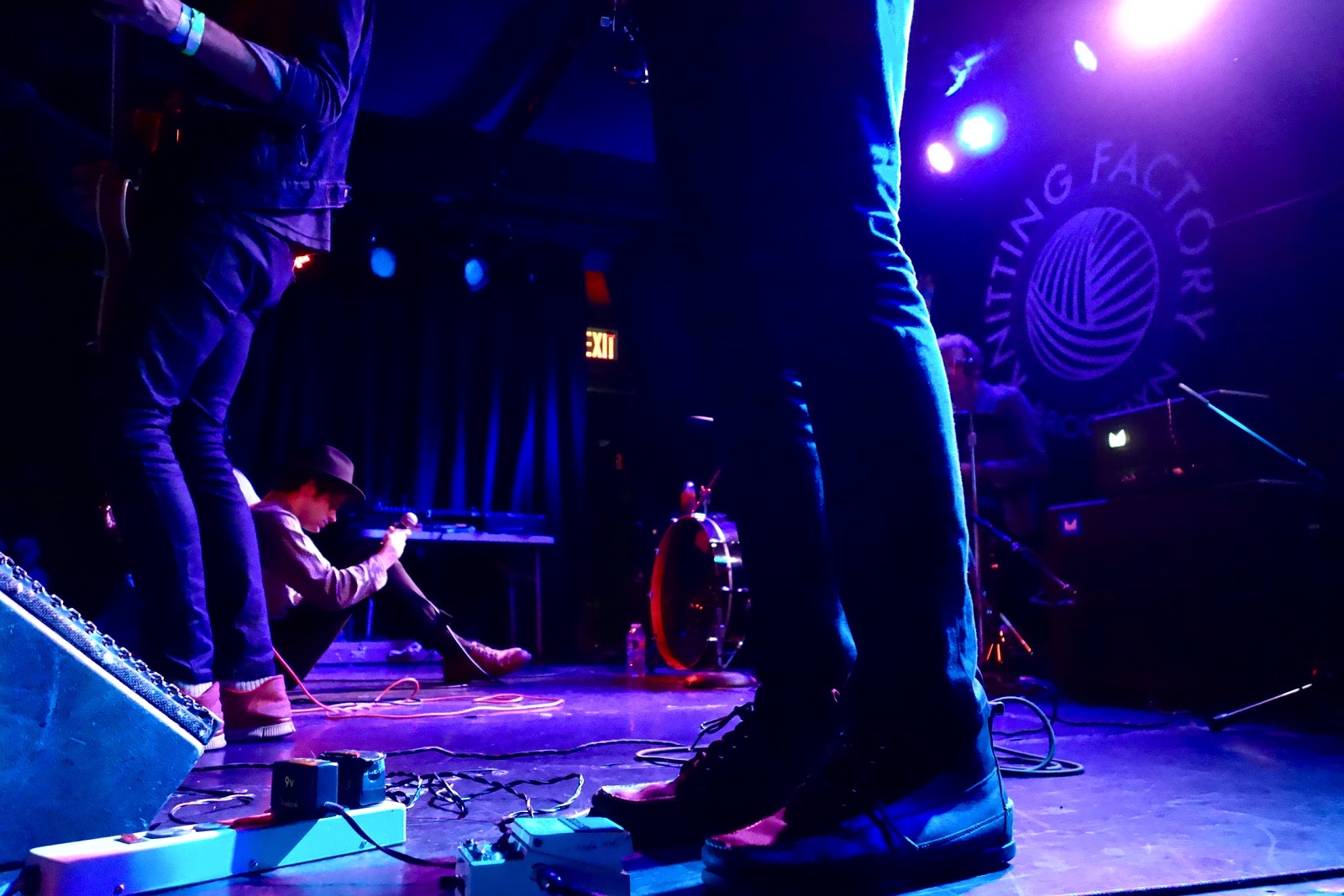 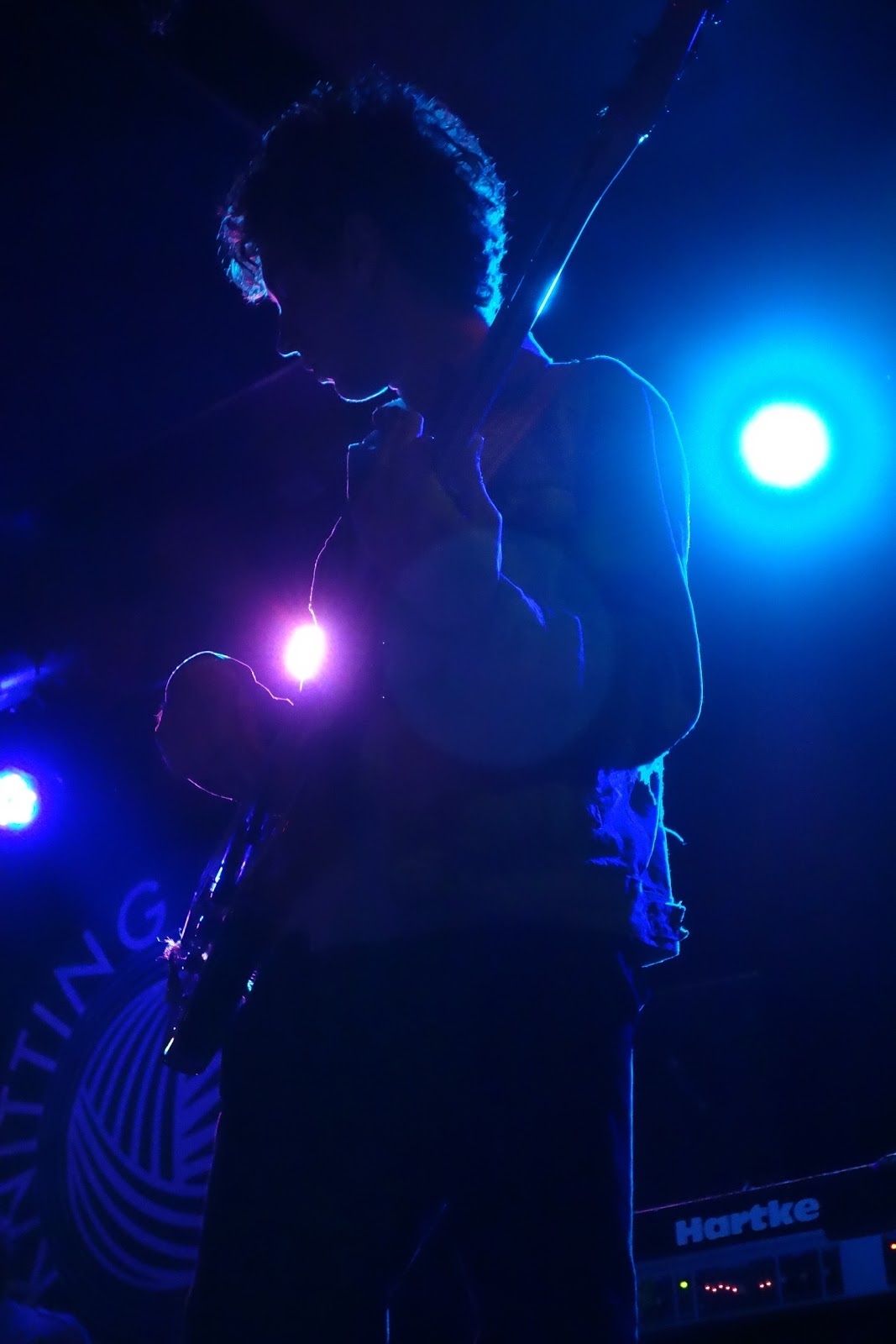 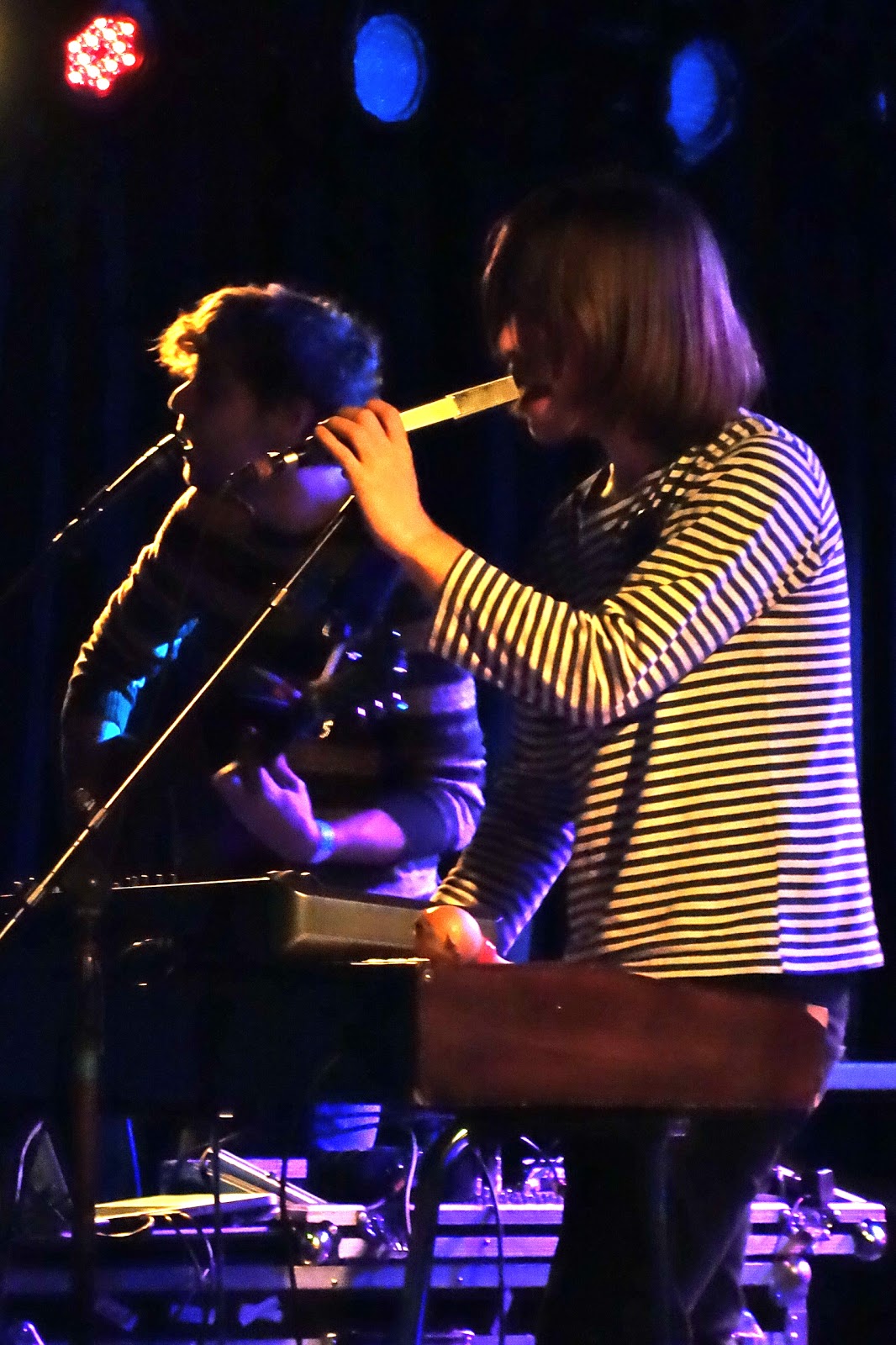 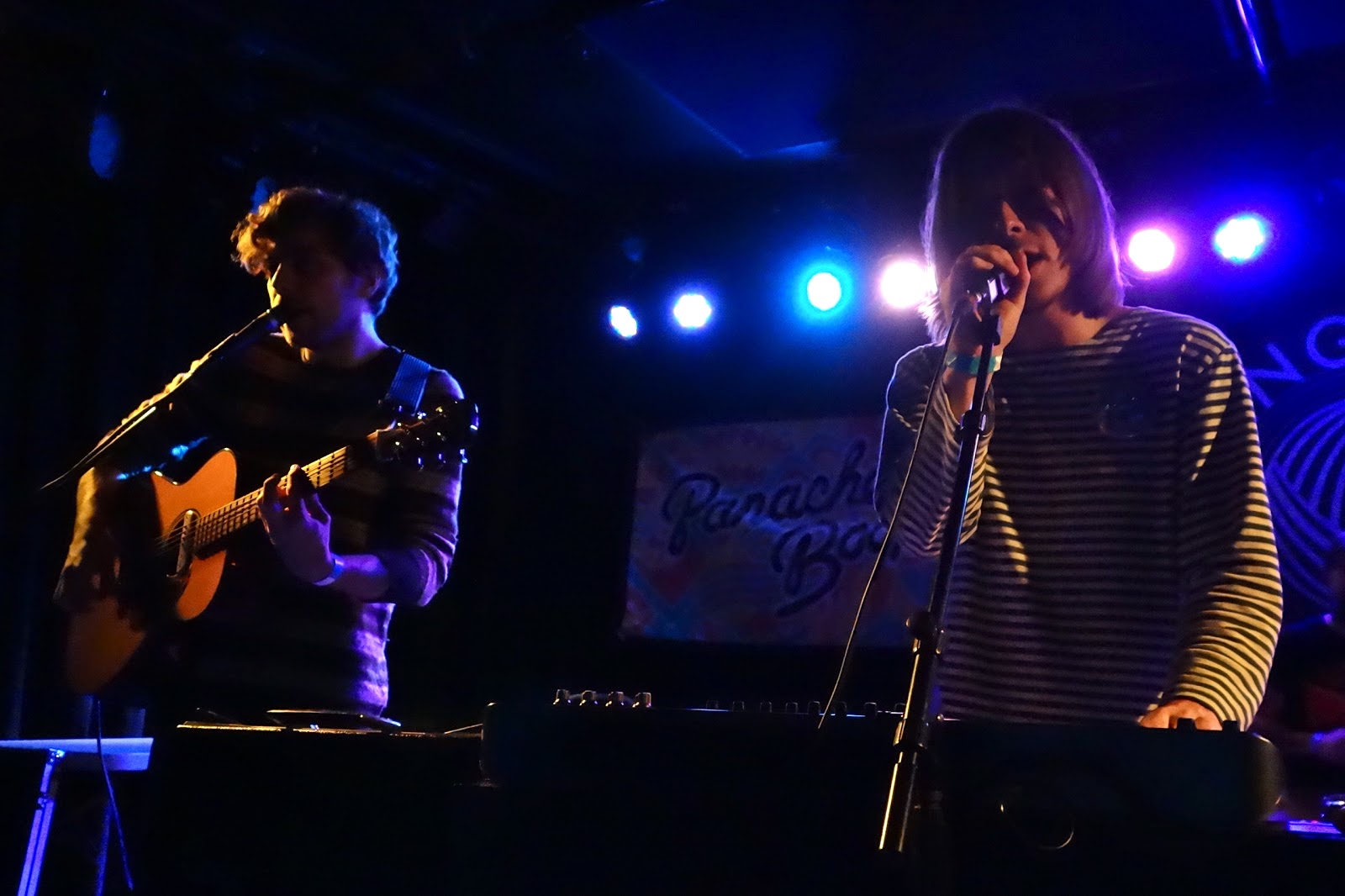 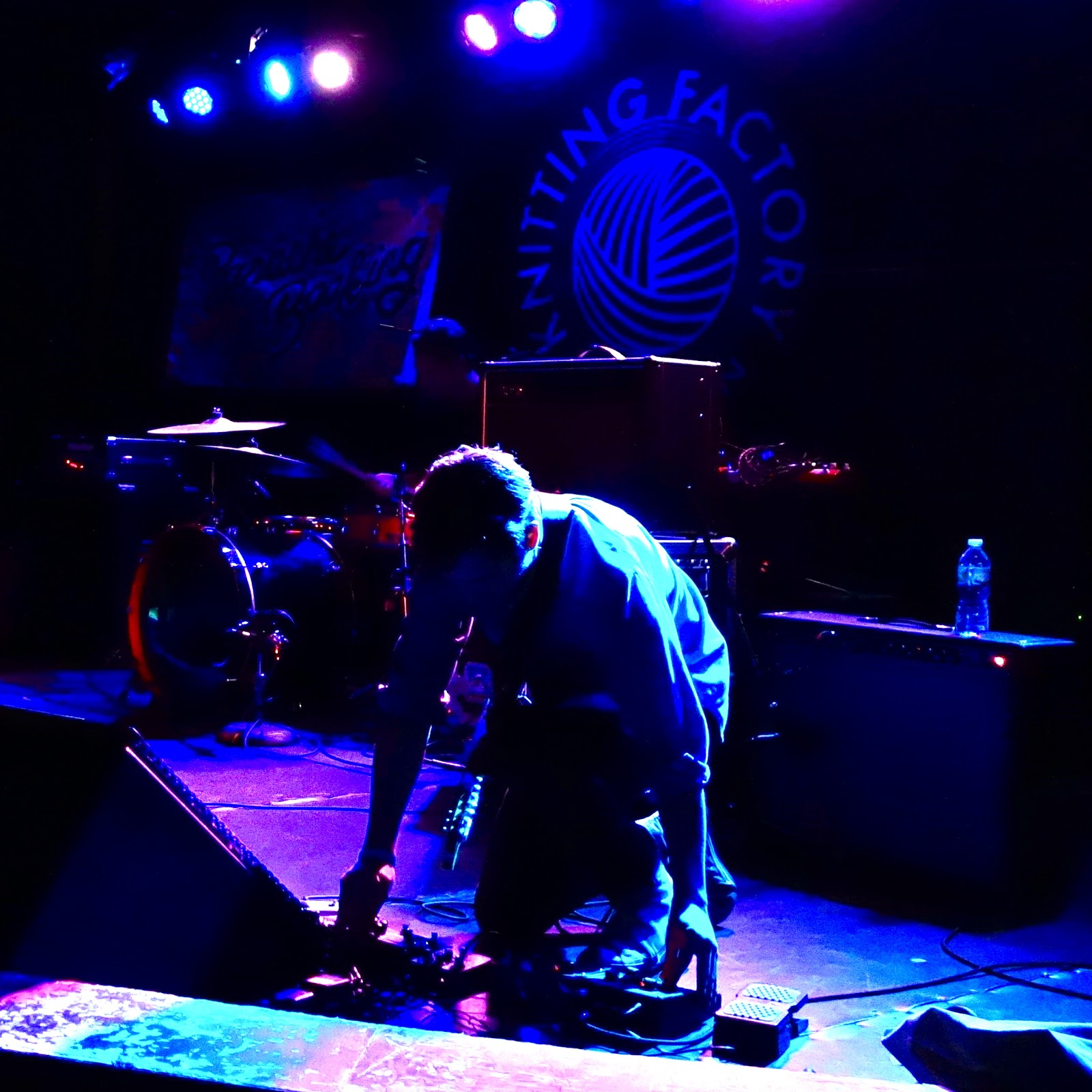 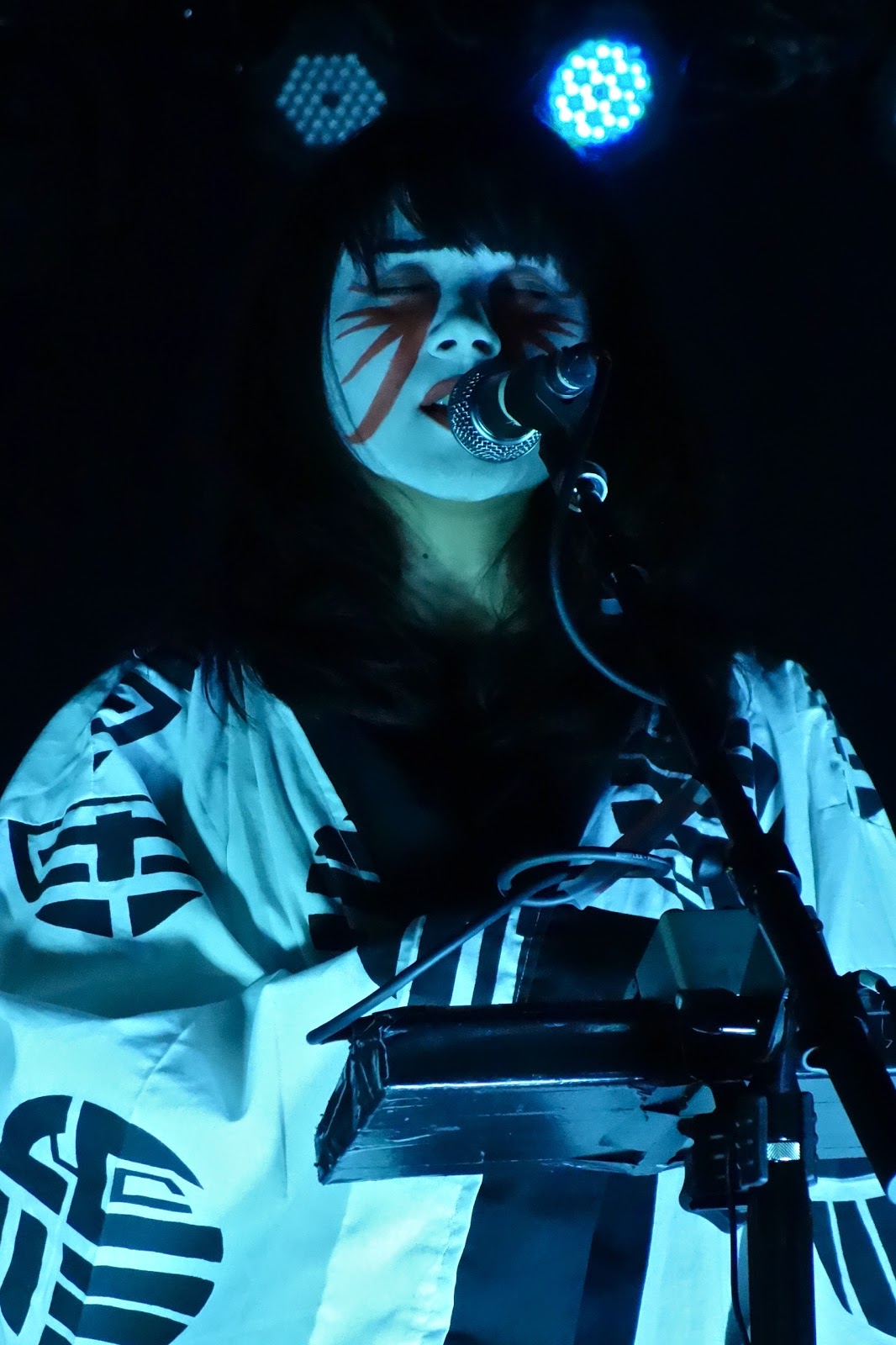 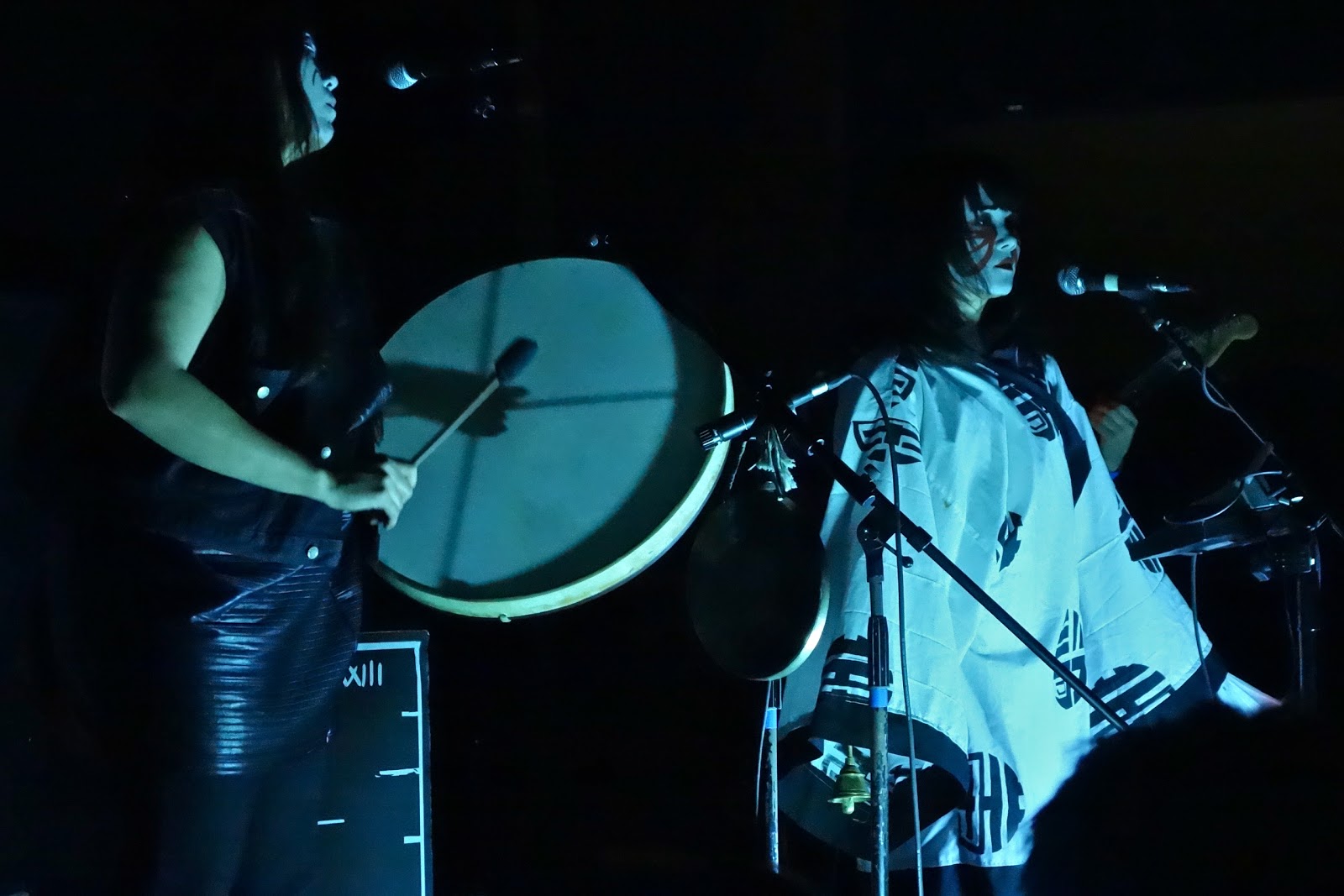 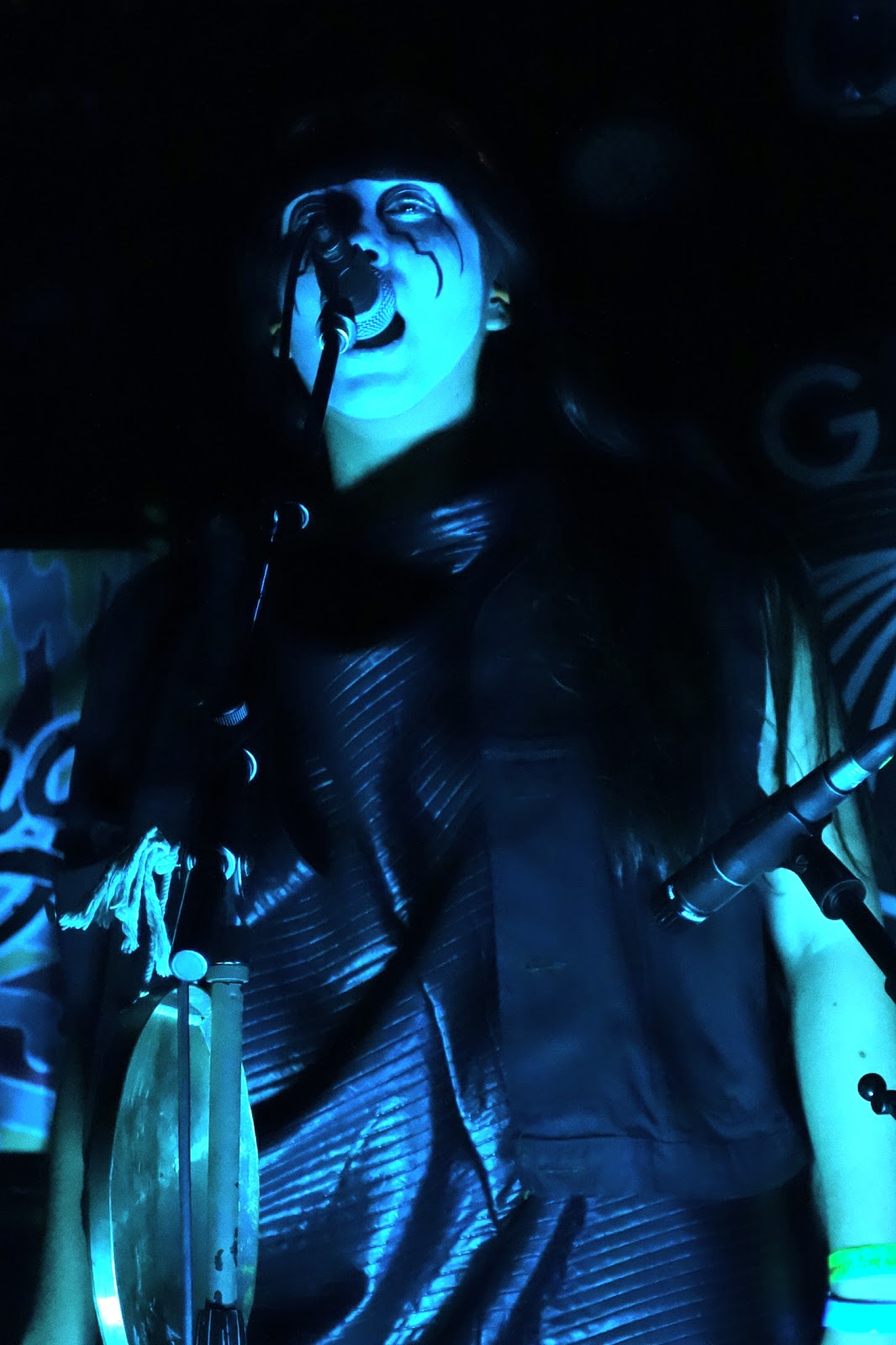 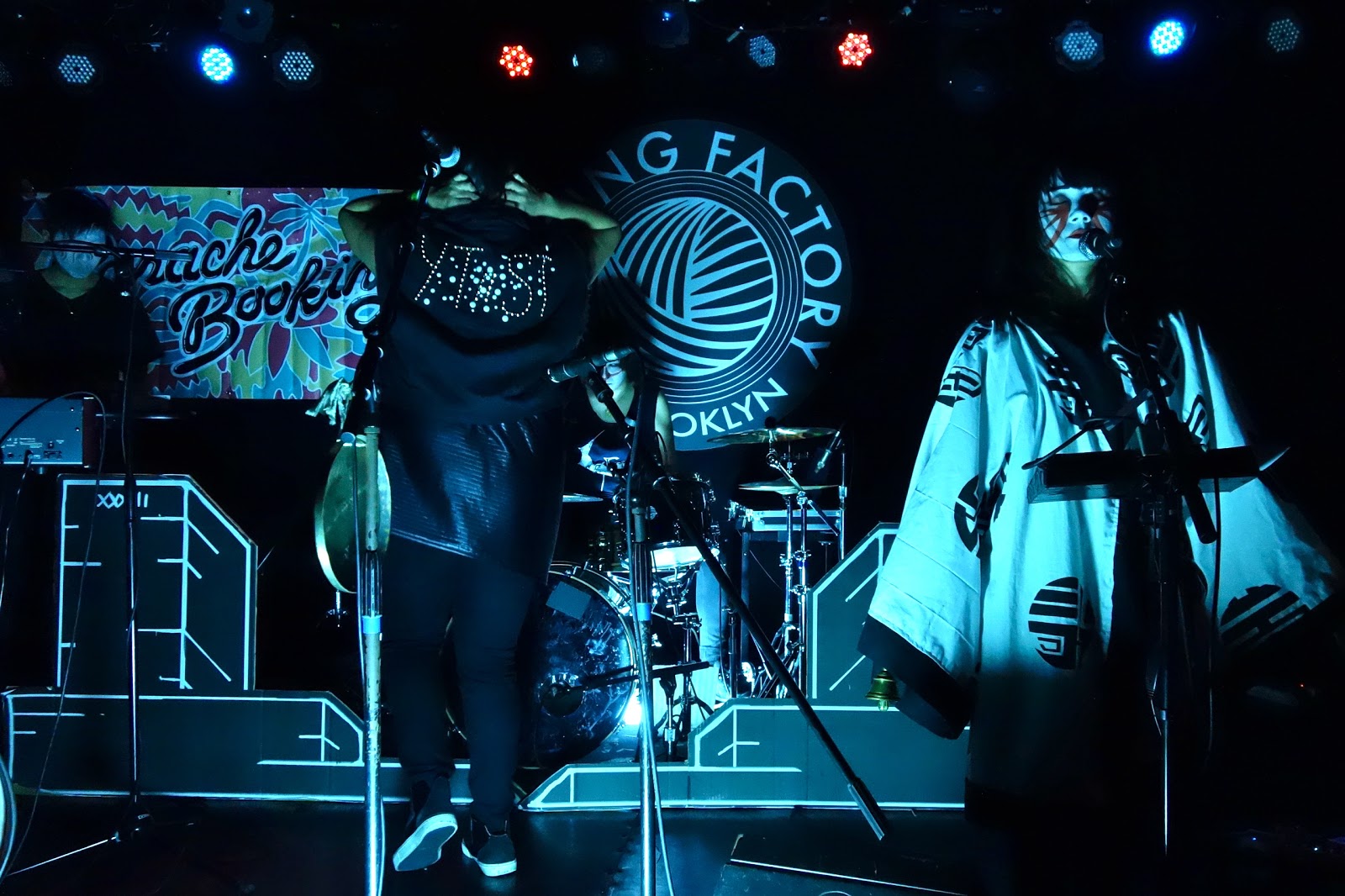 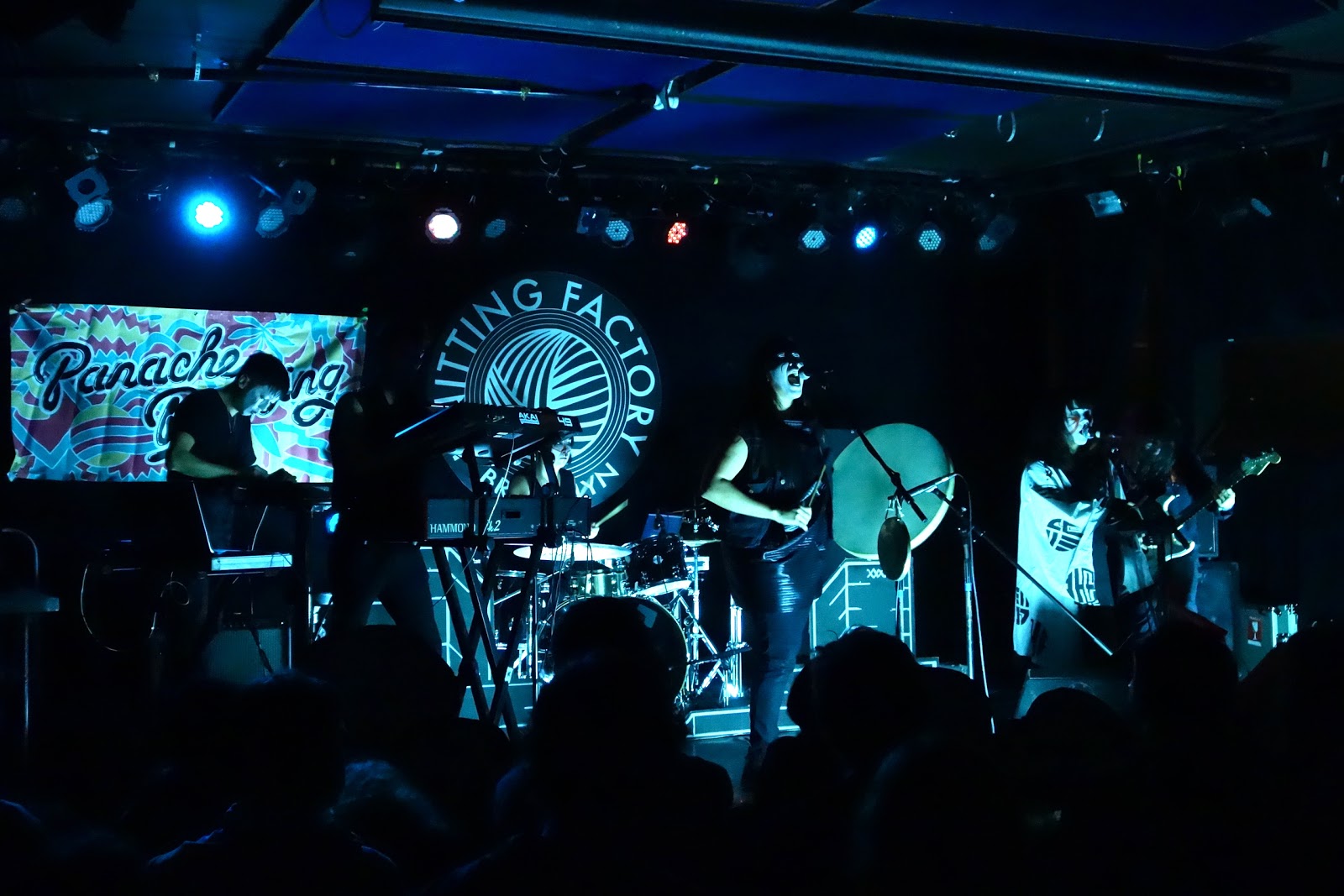