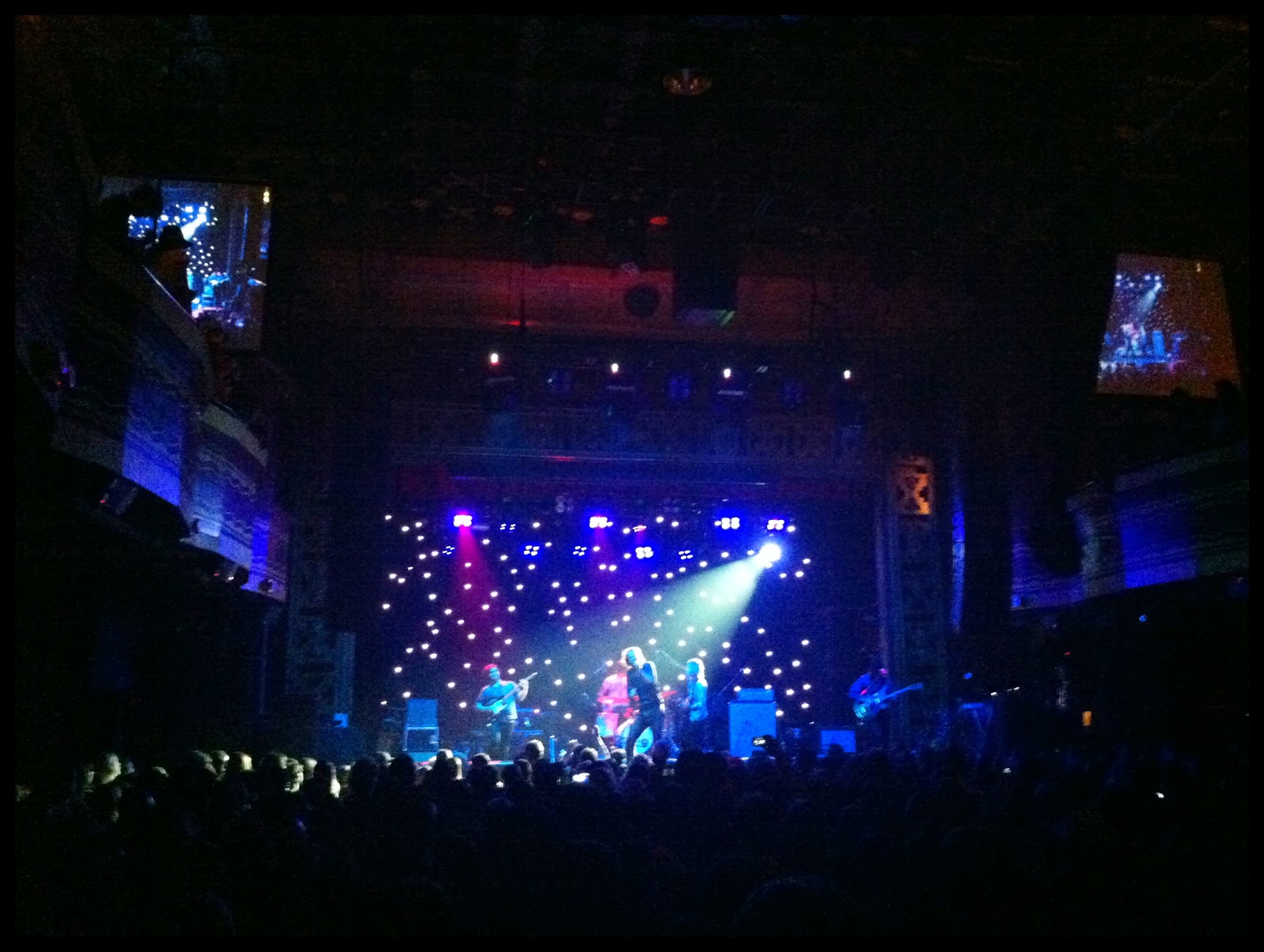 It was an eerily warm and fittingly misty night in Gotham when I made my way to one of my favorite venues to see FJM.  Like a square I got there at 8 pm, the time it said the show started.  When I got up to the ballroom I saw a sign that informed me I was an hour early for the opening band. Thankful to have an iPhone, I grabbed a beer and parked it along a wall in the back.  Decided to nerd out and look up a little history of Webster Hall. Here's some of what I found out:
After an hour of geeking out, the opening band, Magic Trick, took the stage. I'd read good stuff about them, but I was disappointed with their performance. Only a couple moments of their set rose above average. I was glad when they finished. On my way to get another beer I realized how much the crowd had grown. People were coming up the stairs in droves. I darted around the right side and slid in near the front of the stage.

The band took the stage and the crowd let out some hearty cheers as Father John took the mic and began to croon. From start to finish, it was obvious all in attendance were caught in FJM's spell. His hip gyrations and spontaneous ad libs kept them laughing. His soaring voice inspired them to sing along. His on stage imbibing encouraged everyone to loosen up and enjoy the night. His band was spot on and sounded tight as hell. It was clear that he was under the weather. In between songs he was coughing and sniffling. He even shared with the audience that he'd had his first B12 shot that day. He joked that it's disconcerting having a man flicking a needle in your hotel room. He also told the audience he wished he could take us all out for flu shots and cupcakes. 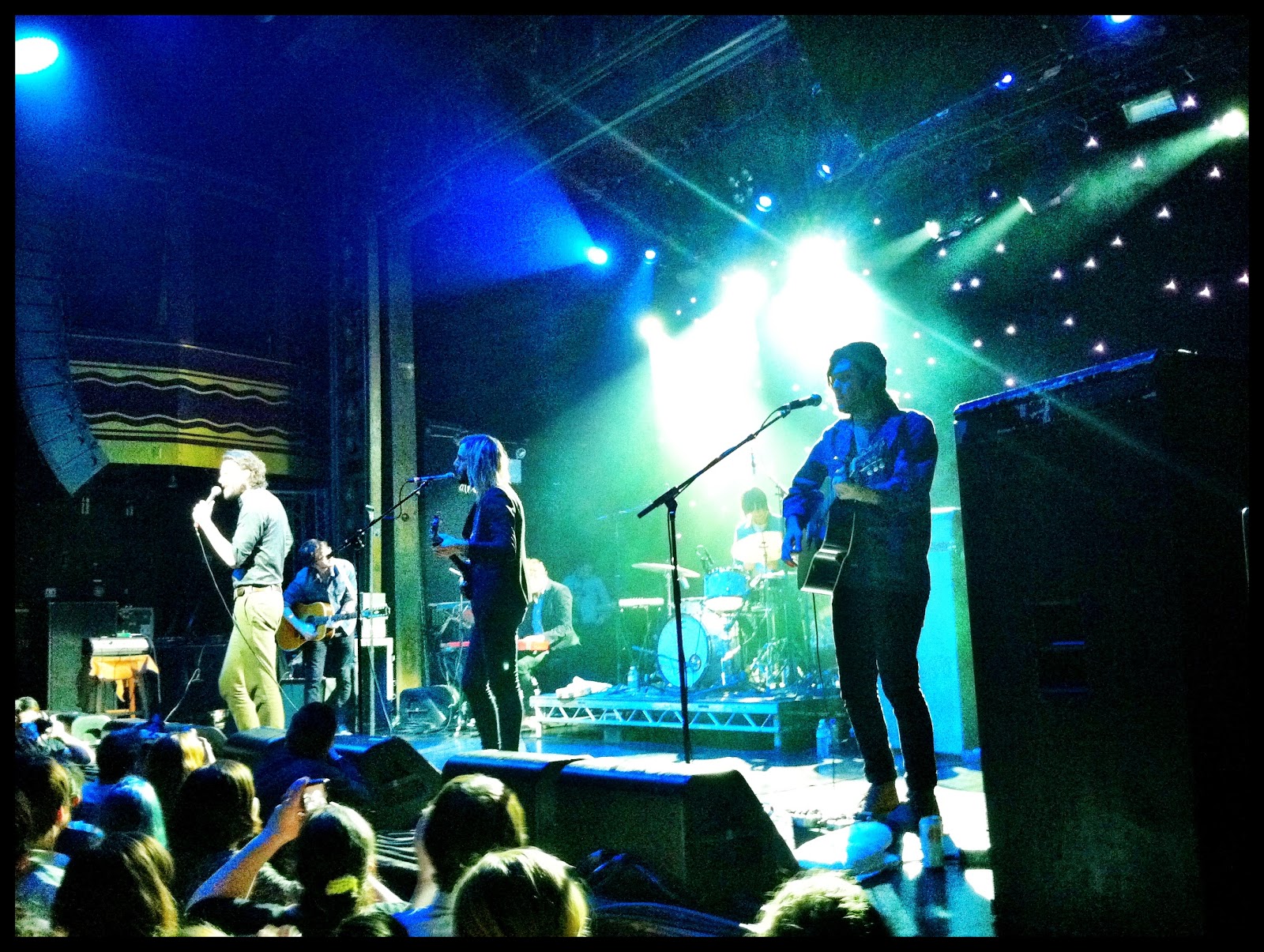 The clear fan favorite of the night was Hollywood Forever Cemetery Sings. They played it near the end of the set and the place went nuts. Feeding off the energy, FJM spun in circles, swung the mic stand, and fell to the floor. For a guy who was not feeling well, he put it all out there.

From start to finish, this was a fun show. Like Fear Fun, it was a pleasurable mix of dark humor and light rock and roll. Father John, formerly Josh Tillman, exudes a unique combination of naughtiness and intelligence. Looking at the crowd he drew, he's clearly a hit with the ladies while being a man's man. The future's bright for the Father. 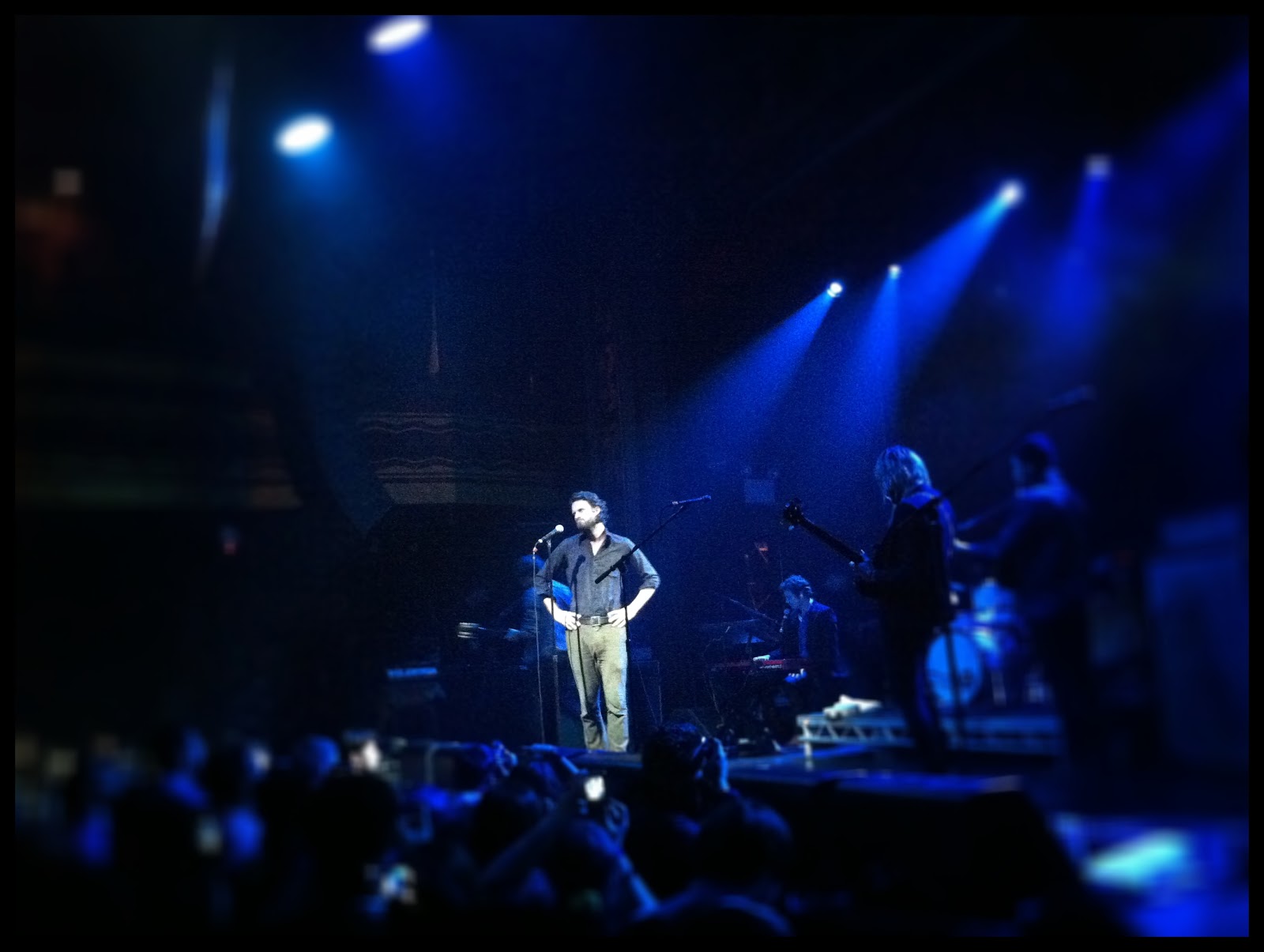 Brooklyn Vegan has much better photos of the show right here.

To see his brilliant video for Nancy From Now On, click HERE.

Check out his album on Spotify: